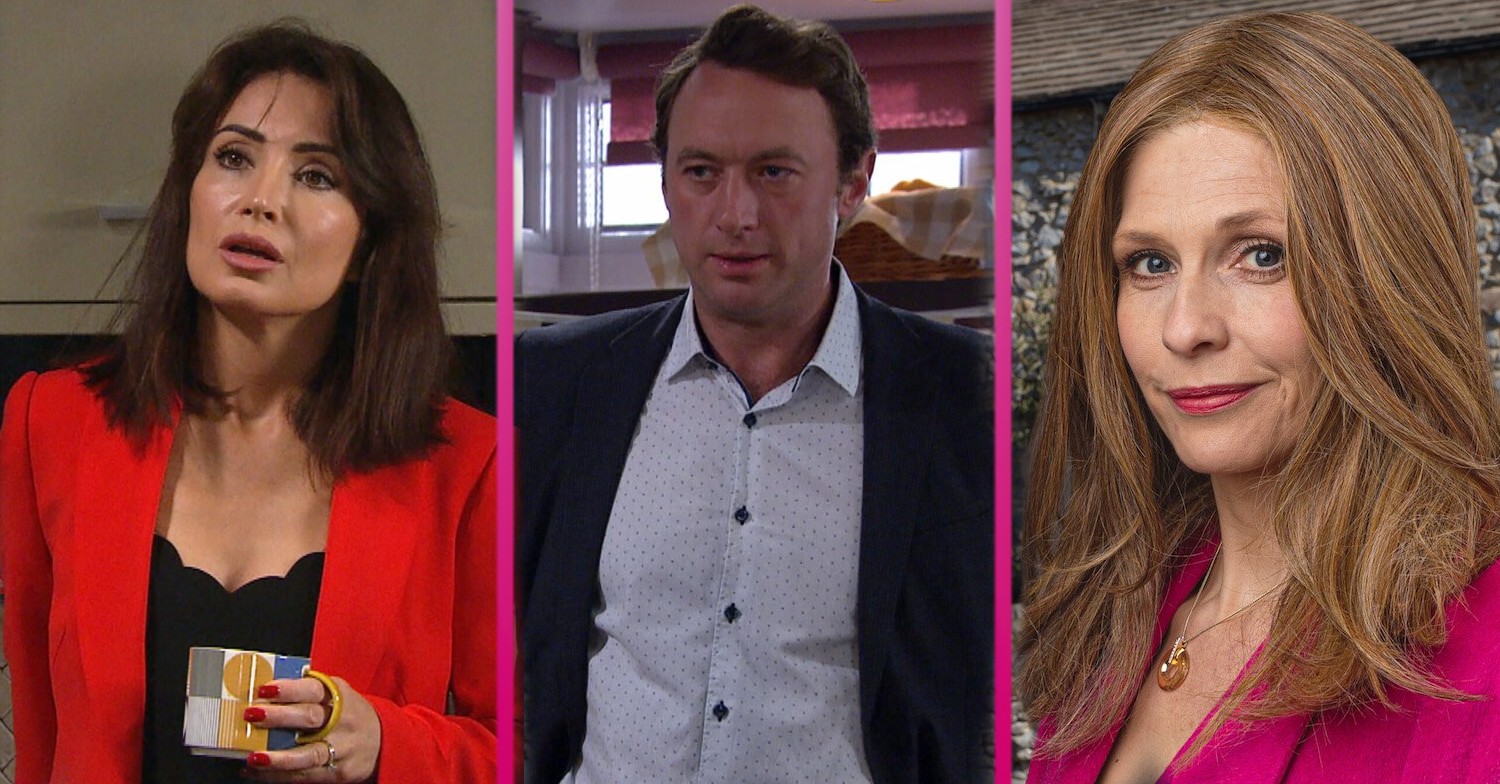 Liam rejected his ex on the wedding day and pledged his future to bride Leyla, but she’s convinced the tables have turned.

Is she right to believe that the grief-stricken father has found a way to bury his pain over losing daughter Leanna by bedding Bernice?

Leyla begins getting worried after Liam’s behaviour sparks a cause for concern, and she finds out he’s been lying.

He’s recently taken a job at Hotten General and is being even more distant than ever towards his new wife.

However, when Leyla heads over to the hospital with lunch for him, she’s stunned to discover that he doesn’t even work there.

Leyla is horrified to realise that Liam’s been lying to her all along and wonders what he’s been doing instead.

It doesn’t take long for troubled Leyla to arrive at the conclusion that he’s being unfaithful with Bernice.

Most soap woman would confront their cheating husbands and demand answers, but not Leyla.

Instead, she convinces her best mate Priya to join her as she follows Liam to find out where he’s going.

The girls are confused when he pulls up outside a house with a ‘for sale’ sign on it. What is Liam up to?

Back in Emmerdale, Leyla decides to keep digging before asking for answers from her troubled other half.

Liam’s got no idea she’s onto him and continues to pretend he’s been tending to patients at Hotten General.

Later on, Leyla scrolls through the history on Liam’s sat nav and discovers precisely where he’s been spending his days.

Is Bernice part of the picture, or is the true story behind Liam’s lies even more shocking?

Will you be watching next week’s Emmerdale? Leave us a comment on our Facebook page @EntertainmentDailyFix and let us know what you think!

Lourdes Leon Wants Everyone to Know She’s Not a “Material Girl” – Madonna Made Sure of That
14 Marvel Movies That Pass The Bechdel Test | Screen Rant
Succession season 3 review: Civil war has never looked so juicy as Roy family splits in two
The Woman Behind Savage x Fenty’s Jewelry Has a Fascinating History
Maid Was an Opportunity Margaret Qualley Just Couldn’t Pass Up