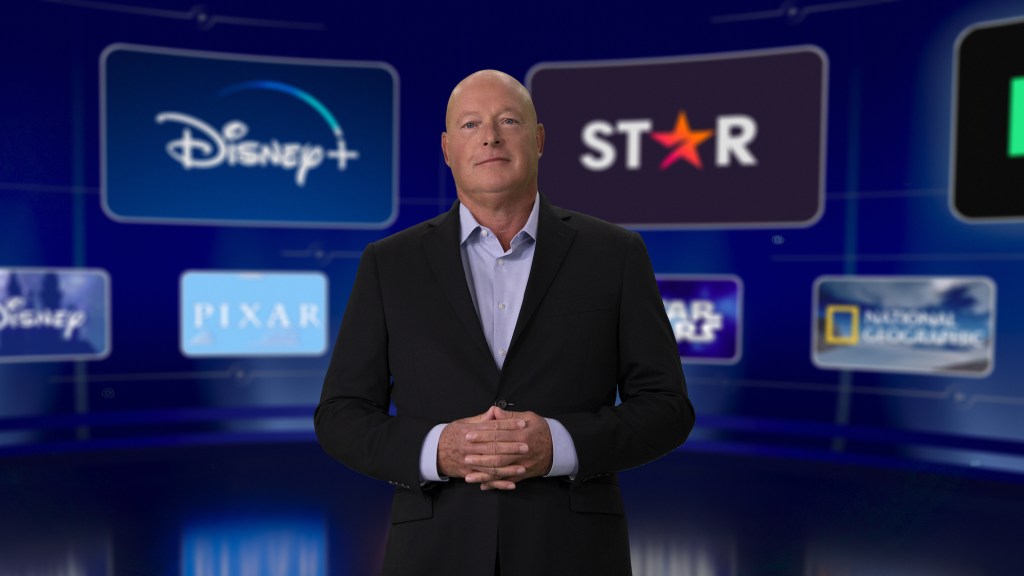 Walt Disney chief executive Bob Chapek said the company’s global net paid subscribers will rise “by low single-digit millions” for its current fiscal fourth quarter from the third, and he put Wall Street on notice that long-term targets are still on track but they shouldn’t assume growth will be a straight line.

“A quarter-to-quarter business is not linear,” he told a media conference Tuesday. “That’s something where we’re not exactly aligned with the Street.”

“Investors take last December and say, ‘Oh, they want to get to 230 or 260 or whatever the number, and they divide it by the number of quarters and say, ‘They need to add ‘X’ per quarter. [But] these numbers tend to be a lot noisier than a straight line quarter-to-quarter, and we have seen some of that in this current quarter,” he said. (Disney execs, at the company’s investor day December 10, projected 260M Disney+ subscribers all in by 2024.)

Disney shares closed down 4%. But had regained ground in late trading.

Chapek, speaking at a Goldman Sachs media conference, said the company remains confident in its long-term projections. And core market subscriber growth will continue both domestically and internationally in Q4 despite headwinds in Latin America and India, and Covid-induced production delays that created a kink in the supply chain for new content coming to the service.

“The supply chain is healthy … but the resurgence of Covid and Delta did impact production so we have a lighter production quota in Q4 then we might have expected,” Chapek said, He didn’t mention specific productions delayed by the fast spreading variant.

Disney+ had its first rough quarter – the second – when it fell short of Wall Street expectations (103 million subs actual vs 109 million anticipated) and saw the parent take a hit to its stock. For the third quarter ended in June, it hit 116 million slightly beating estimates.