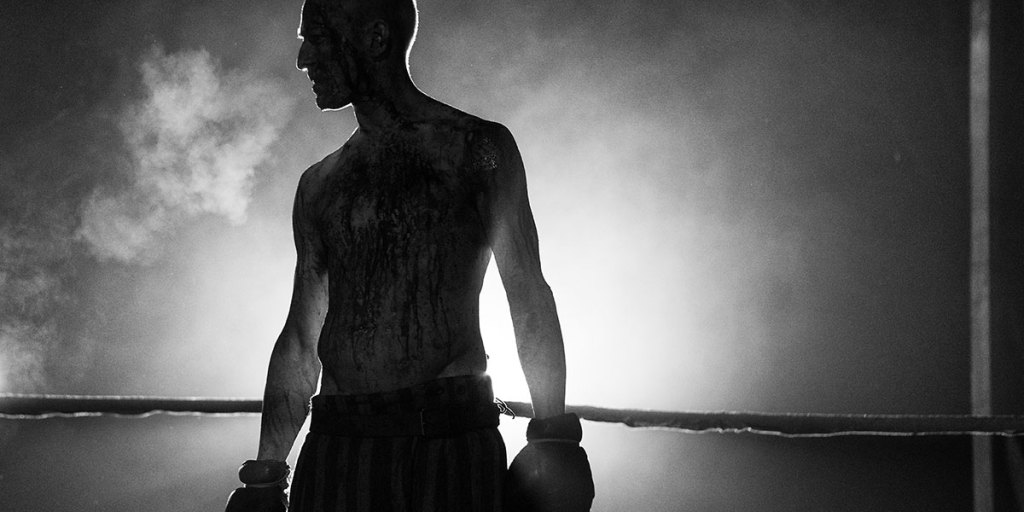 The remarkable true story of Harry Haft is made even more pertinent by the simple fact that his story has not been the subject of a large-scale feature film — until now. It took a script from a young Australian, Justine Juel Gillmer (who also boxes), to generate interest for Oscar-winning director Barry Levinson (Rainman, Diner, Bugsy, Wag the Dog, Good Morning Vietnam), whose own memories as a child in an encounter with a Jewish concentration camp survivor helped spark his interest in the tale of Haft, a man who basically boxed to stay alive in Auschwitz during World War II. Imagine if you had a film with elements of both Raging Bull and Schindler’s List, but with a true story so unique it really becomes its own powerful tale of a man trying to survive the haunting memory of war experiences well beyond the war itself.

Levinson smartly employs a non-linear approach for the telling of Polish-born Haft’s story, which is all based on the book with the lumbering title of Harry Haft: Survivor of Auschwitz, Challenger of Rocky Marciano written by his son Alan Scott Haft. Ben Foster stunningly plays Haft, who is plucked from certain death by a Nazi officer named Schneider (an appropriately evil Billy Magnussen) who spots his aggressive potential as a prime candidate for a weekly series of boxing matches at nearby Jaworzno, the offshoot of Auschwitz where the stronger prisoners are sent before being executed. With an incentive of extra rations and preferential treatment, Haft agrees to the Nazi plan of what is essentially human cockfights where those Jewish opponents Haft knocks out are are then killed. It is a brutal existence, and Haft built up enormous guilt over the course of nearly 80 fights in which Nazis would bet on him to prevail as they made money in the process of watching these gladiatorial-style fights for entertainment. 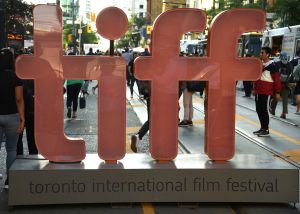 It is harrowing to see these matches played out, about as inhumane as you can possibly imagine, and Levinson cuts away to later periods, post-war late 1940s, where we follow Haft, who managed to eventually escape the camp in a daring move, now trying to make a new life while using boxing skills he developed during those fights at Jaworzno. Although he has unending survivors guilt, he was driven to participate because of his quest to find a lost love, Leah (Israeli star Dar Zuzousky in an exceptional turn) whom he met at Belchatow early in the war but lost touch with. He firmly believes she somehow survived as well and is out there somewhere. That belief kept him going to survive through boxing for the SS officers, and fuels his brief post-war boxing career where in 1949 he even managed to get a bout with Rocky Marciano. His thinking always was that if he earned any publicity, perhaps Leah would find him again. He also agrees to be interviewed by sports reporter Emory Anderson (Peter Sarsgaard) as part of all this, an act that causes friction with his brother Peretz (Saro Emirze), who is forever grateful his brother managed to save him during the war. He even turns to a Displaced Persons Service where he meets the compassionate Miriam (a warm Vicky Krieps) to help in his goal of finding Leah. Slowly she strikes up her own relationship with him knowing his true love may be out there somewhere in the world, but hoping she can bring him some semblance of a good life and help him move on.

In a remarkable transformation as the film plays out over three decades, Foster lost 62 pounds for the concentration camp scenes, then regained all of it for boxing sequences after the war, and later life in the ’60s in Florida, Foster goes all in on this role, also adopting a specific (and at times hard to understand) Polish accent that becomes a little more Americanized in later years. Reminiscent of the work Robert De Niro did in becoming Jake LaMotta at different points in life, Foster goes the extra mile and is unrecognizable in the emaciated state he plays Haft at Auschwitz. It is an impressive feat, and Foster is clearly dedicated to doing it without CGI trickery.

Levinson switches back and forth between time periods, shooting the camp scenes in black and white, the late ’40s scenes in muted color, and a little brighter in those Florida scenes later in the ’60s. It is a smart way to tackle this story, as those boxing scenes in the camps would simply be too brutal and wrenching to take all at once. Seeing Harry’s later life interspersed as he is wracked with PTSD and true remorse for those decisions made in order to stay alive makes those black-and-white camp scenes even more effective. The emerging relationship with Miriam is nicely played out between Foster and Krieps, and there is a satisfying resolution even though Harry, who managed to physically escape the war and the camps, was never really able to otherwise escape the horrific memories he endured. Still there is hope. The real Harry Haft died in 2007.

Somewhat jumbled at times but still the best choice to go non-linear, Haft’s story will move audiences and is worth telling, especially in a era where the rise of the extreme right wing, Holocaust deniers and Nazi sympathizers is with us once more. Shot largely in Budapest the film looks very good, far beyond what a mere 32-day shooting schedule might provide a director on the level of Levinson. Cinematography by George Steel and editing by Douglas Crise are first rate, as is the production design of Miljen Kreka Kljakovic, and the strong music score by Hans Zimmer, one of his finest. Among the rest of the cast, Danny DeVito has some good scenes as Marciano’s trainer who empathizes with Haft’s journey and covertly agrees to give him some boxing tips that might help him survive a couple of rounds with his undefeated fighter. John Leguizamo as Haft’s trainer Pepe also has some lively moments.

The film had its world premiere today at the Toronto Film Festival. Bron and New Mandate are the production entities for the movie which is produced by Levinson, Aaron L. Gilbert, Matti Leshem, Jason Sosnoff and Scott Pardo. Endeavor Content handles worldwide sales.