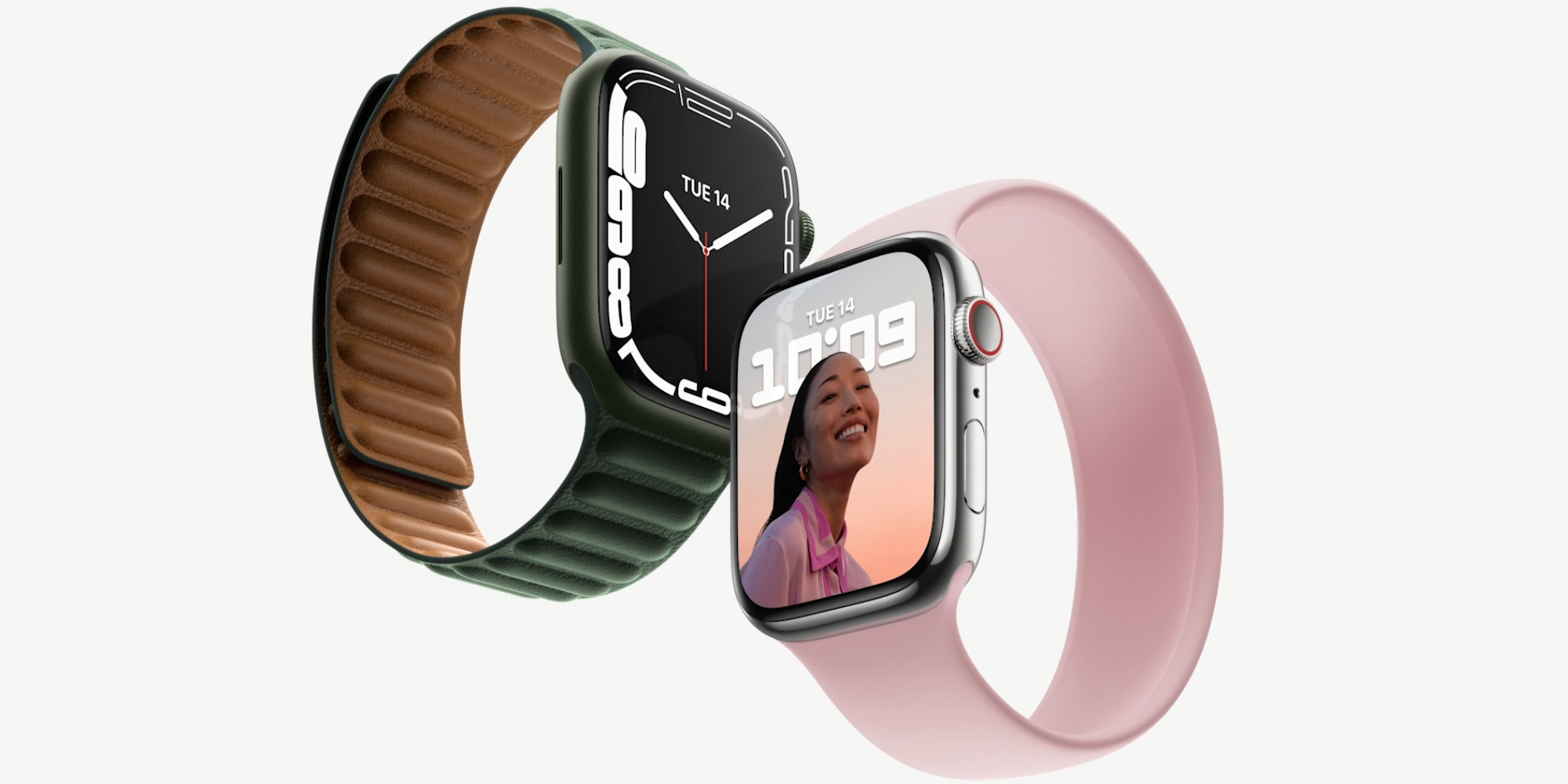 Apple has been the king of the smartwatch space for years now, and with its latest announcement of the Apple Watch Series 7, it’s clear that lead isn’t going to be shrinking any time soon. 2021 has been a surprisingly big year for the smartwatch landscape. Samsung launched its Galaxy Watch 4 series with ample praise, Google’s working with Samsung to completely overhaul Wear OS, and Fitbit’s committed to bringing that new platform to its next smartwatch. After years of being neglected, Android users are finally getting the smartwatch love they’ve lacked for so long.

Announced on September 14 at its California Streaming event, the big draw to the Apple Watch Series 7 is its new design. While the Series 7 retains the round edges of previous Apple Watches contrary to previous leaks/rumors, Apple has made the case considerably larger. The borders around the display are 40 percent thinner than before and enable the Apple Watch Series 7 to cram more on the screen at once — including larger buttons throughout the UI, an on-watch keyboard, and new watch faces. The display is also 70 percent brighter, making outdoor visibility even better.

While the new design and display are the big draws this year, there are a few other upgrades. Apple’s touting the Series 7 as its “most durable Apple Watch ever,” equipping it with improved dust resistance and claiming that it’s now crack resistant. It supports 30 percent faster charging, has the same ECG and SpO2 tracking of Apple Watch Series 6, and ships with watchOS 8 right out of the box.

As expected, Apple Watch Series 7 starts at the same $399 starting price. It’s available in four colors for the aluminum model, three stainless steel colors, and two designs for a titanium case. What the rumor mill was right about, unfortunately, is delayed availability. Apple Watch Series 7 is coming later this fall with no firm date, though that should change soon.

Joe has been actively writing and talking about consumer tech since 2012. His biggest passion lies with smartphones, but he’s happy to talk your ear off about just about anything with a CPU. He lives in Kalamazoo, MI with his wife, two cats, and pit bull/boxer mix.