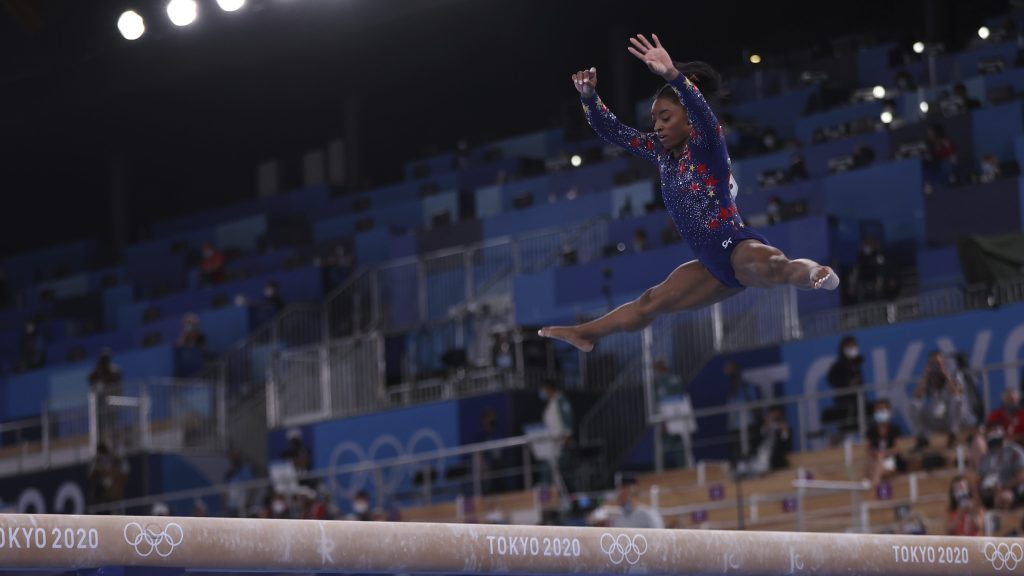 UPDATED with latest schedule changes: Simone Biles will return to competition early Tuesday after bowing out of five events at the Tokyo Olympics. The Balance Beam finals are Biles’ last shot at an individual gold medal during the Tokyo Games.

One of Biles’ balance beam skills is a double-twisting double backflip dismount which, given her very real concerns about “the twisties” this past week, could prove daunting. Biles could end her routine with a simpler skill, like a double pike, to avoid the difficult maneuver.

Her U.S.A. Gymnastics cohort, Suni Lee, will also compete on the balance beam, attempting to win a fourth medal in Tokyo.

5 Ways to Watch:
1. Peacock, NBCUniversal’s streaming service will carry the event live at 4:53 a.m. ET on Tuesday.
2. The streamer’s Tokyo Now channel will provide live coverage during its morning show, Tokyo Live. You can find Tokyo Now in Peacock’s “Channels” section
3. Watch live on NBCOlympics.com
4. Download the NBC Sports app and see it there
5. Watch primetime coverage of the competition later Tuesday night on NBC, starting at 8 p.m. ET

See complete TV & streaming schedule of events on Monday & Tuesday by sport below.