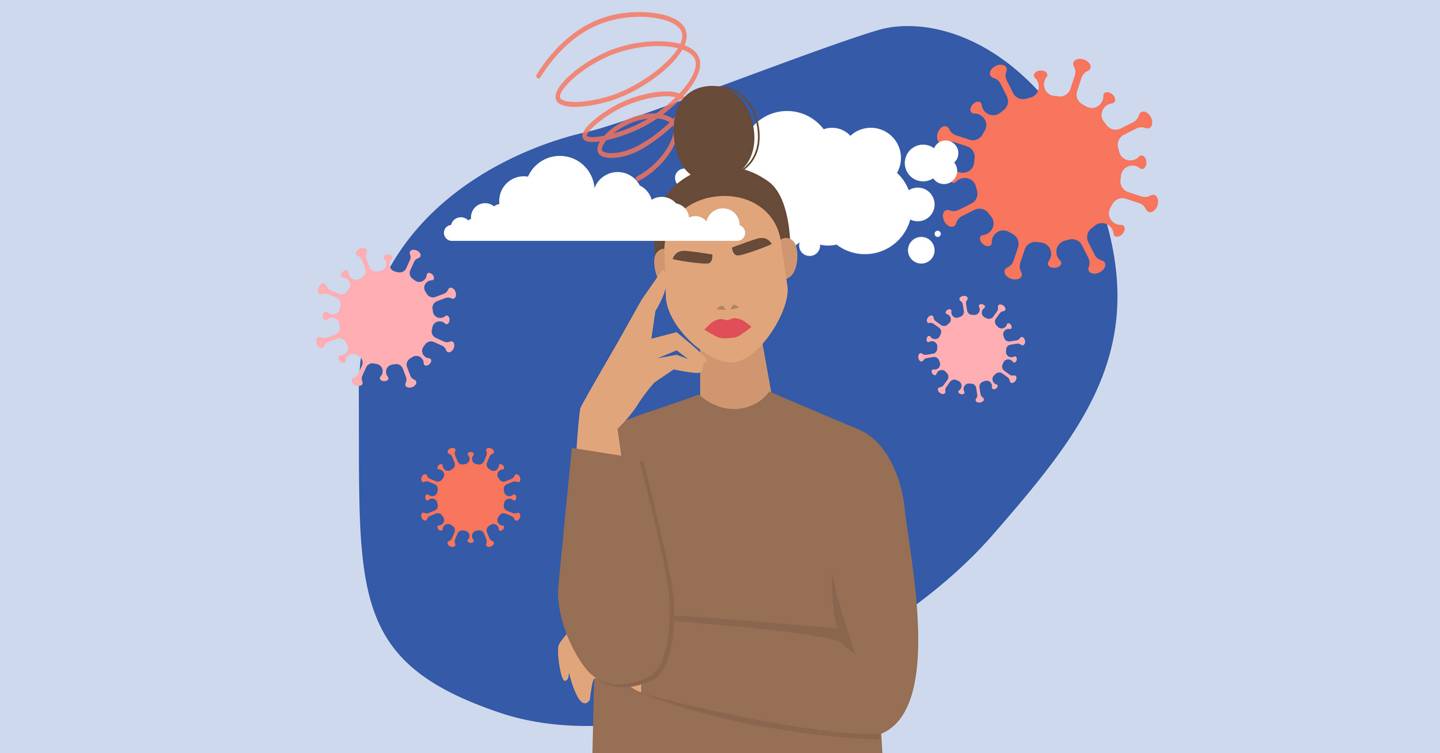 If you feel like you’re losing your mind, you’re not weird. In fact, right now you’re probably in the majority and dealing with what people are calling “pandemic brain.”

There are many reasons for why the late-stage pandemic is messing with your brain. Your colleagues are showing up for Zoom calls fresh-faced and smiling, moments after posting memes that say, “I am in hell.” Your social media feeds are dystopian — a picture of your high school classmate in a crowded club above a heartbreaking photo of your friend’s dad on a ventilator, above an ad for a multilevel marketing scheme clearly aimed at mums who have been pushed out of the workforce. Your job, if you’re lucky enough to have one, is encouraging you to “give yourself breaks!” and “find time to relax!” while subtly suggesting that if you don’t work doubly hard, you won’t have a job to take breaks from. Everything you do is harder than it used to be.

“People feel like they’re not as sharp — there is a sense of being overwhelmed,” says Raquel Gur, M.D., Ph.D., a professor of psychiatry, neurology, and radiology at the University of Pennsylvania. Gur has been conducting an international study of personal resilience during the pandemic, and she’s heard countless people describe similar symptoms of “being flooded with emotion” and “being dysregulated.”

Do you have ‘proximity panic?’ As freedom day approaches, here’s how to cope if you’re anxious about all restrictions lifting (and don’t want to ditch social distancing)

Pandemic brain is not a disorder, and it hasn’t yet been studied, Gur says, but it’s certainly happening. “It’s more of a subjective report of what people describe as a fogging mind,” she explains.

Neurobiologically, this makes sense. “When the temporal limbic regions of the brain are active from being overwhelmed with worries and uncertainty,” she says, it’s harder for the part of your brain that lets you complete tasks to function. “It’s like a fogginess or a low-level depression that comes with being isolated or off your regular routines,” saysDeanna Crosby, a therapist who has been hearing reports of these symptoms from her clients, including people who felt healthy before the pandemic.

In other words, it turns out there are real consequences to trying to carry on at normal levels of productivity through a prolonged period of crisis. And even though your impulse might be to stop feeling sorry for yourself, or to get over it, or think about how others have it worse, scientists are telling us clearly that the mental effects of living through the past 16 months are an extremely serious, widespread problem. Whatever you’re feeling, you’re not alone.

How bad are things, really?

“I’ve been doing this for about 21 years and I think this is the hardest I’ve ever seen people struggle with depression and anxiety and definitely substance use,” says Crosby. A screening of more than 300,000 adults by the U.S. Census Bureau found that, compared with 2019, American adults in the spring of 2020 were more than three times as likely to meet criteria for depressive disorders, anxiety disorders, or both. Depression symptoms are especially associated with having low savings and low income.

Another survey of 70,000 people throughout the pandemic revealed, depressingly, what you might already have intuited: “Depression and anxiety are still highest in young adults, women, people with lower household income, people with a long-term physical health condition, people from ethnic minority backgrounds, and people living with children.”

That ‘blah’ feeling you’re experiencing right now – not quite sad, not quite happy? It’s called ‘languishing’, and the definition is so spot on

Gur’s research has also found that women have higher levels of COVID worry than men, and that Black women, consistently, shoulder the greatest burden of worry around jobs and health.

What many people need is so much more than we can do for ourselves—direct government intervention for food security, rent breaks, medical care, and unemployment pay. But there are ways to feel less dread, less confusion, and less pandemic brain fogginess now.

What can I do to feel better?

“The best thing that I have found that naturally increases serotonin and dopamine is exercising,” says Crosby. I know, I know! We should be sitting less and exercising more, we get it! But it’s not about burning calories, and it doesn’t matter what form it takes for you, or how short it is—any kind of movement can help clear your head.

And yes, Crosby also recommends meditation to help with pandemic brain. I know, I know, I know! I’m tired of hearing about the amazing benefits of meditation too! But Crosby makes a strong case for at least trying it: “We can do anything for five minutes. Spend two weeks to a month doing five-minute meditations,” she advises. “Anyone can do five minutes a day.”

The key isn’t necessarily to torture yourself with the same tired list of wellness recommendations you’ve heard a thousand times before, says Gur. The key is to ask yourself: “What makes me feel better?” The key is to interrupt your feelings of despair or brain fog with an action. “Ask yourself: What can I do that will alleviate some of the being flooded with emotion, being dysregulated?” Gur says. It could be running or meditating, but it could also be listening to music. Joining any kind of online community—from a religious community, to a gaming community, to the international karaoke app that I am personally obsessed with—can help.

This practice of lifting yourself out of those feelings is building resilience, and that is a powerful tool in fighting pandemic brain. “We found that resilience is associated with less anxiety and depression,” Gur says. So, in other words, “people who are resilient do better during the pandemic.” Being resilient, she says, means “the ability to cope with adversity and self-regulate emotions.” And the good news is it’s something she believes you can build overtime if it’s not your strength right now.

WFH for the foreseeable? These are the subtle warning signs you’re heading for burnout right now (and how to fix it)

But wait! I’ve tried those things.

You already know that exercise is good for you. But when you’re engulfed in feelings of worry and despair, you’re not exactly in the mood for a 5k. “Being depressed is like pushing an elephant uphill,” says Crosby. “It’s really hard to do the things that are the best for you when you’re depressed.”

Her recommendation is to break the cycle: baby steps; a little bit of discipline; self-compassion. “Just try to be a little better today than you were yesterday,” she says.

Part of what’s so hard about feeling low-level (or high-level) depression and anxiety right now is that our culture is carefully set up to convince us that everyone else is fine. But we can destigmatize emotional struggling. “People will say things to me, as a psychologist, like, ‘Wow, you work with some really sick people!’” Crosby says. “And I’ll think, Well, I work with your husband, and your neighbor. They’re not ‘really sick people’; they’re just people who want to be better.”

Things really are about to get better.

Gur says that with so many people getting the vaccine, mental health reports are starting to look a lot more optimistic. But people who were able to build resiliency — who learned how to give themselves real breaks, regulate their emotions, steady themselves through the lows of COVID — are doing better across the board.

And if you continue to deal with depression, anxiety, and pandemic brain fog, it’s not a reflection of your character. It’s not you; it’s just a condition. “If you have a broken arm, nobody says you’re weak,” says Crosby. “But when you’re struggling mentally, people seem to think there’s that stigma that you’re weak. But it’s not a mind-over-matter thing—if people could not be depressed, they would not be depressed! But they can’t. It’s beyond their control.”

Building resilience is a long process. Building it while dealing with depression, anxiety, or any kind of pandemic brain fog is brave.