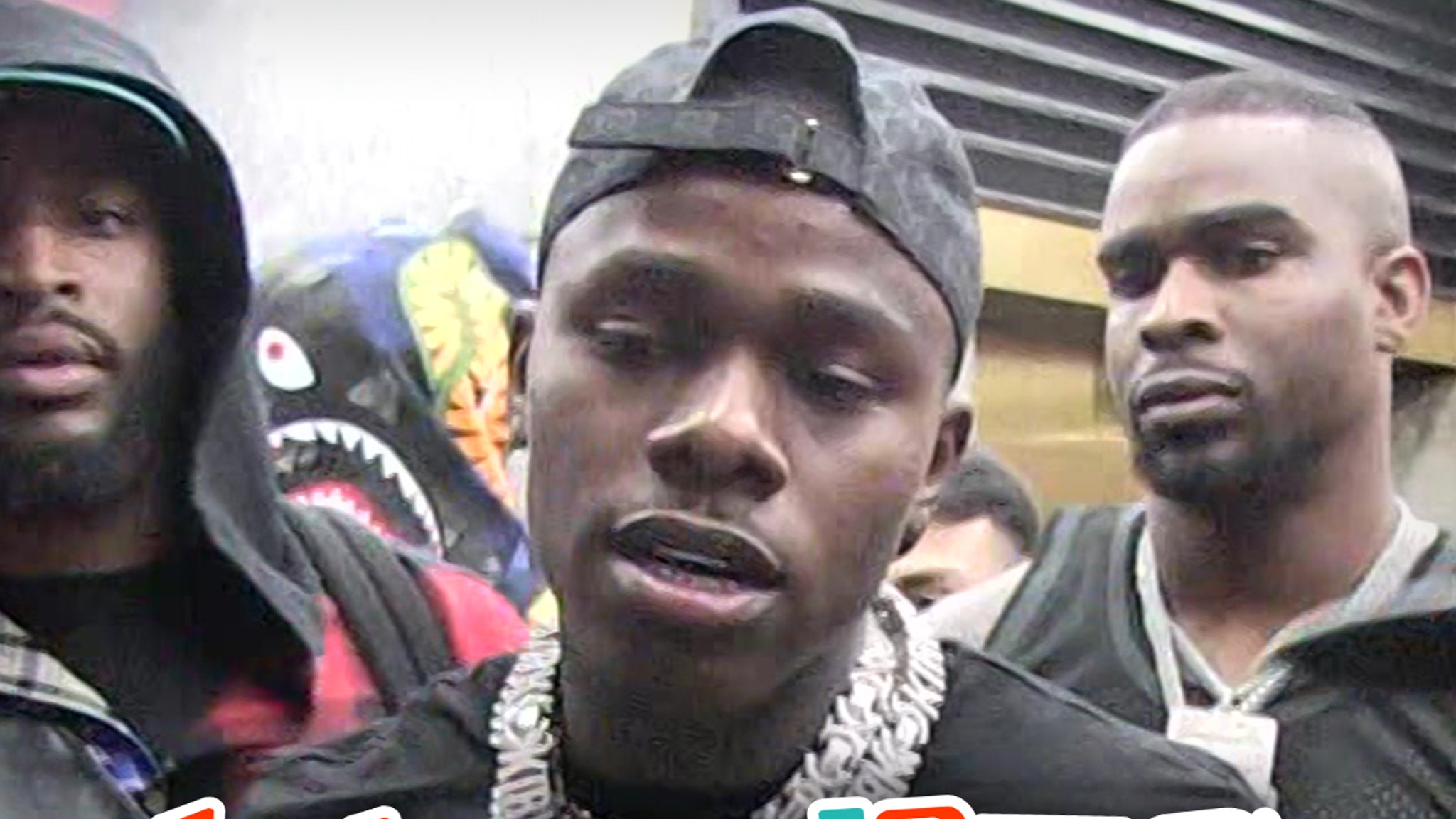 DaBaby just got the hook — Lollapalooza organizers are yanking him out of their Sunday night lineup, which he was supposed to headline … due to his ignorant and homophobic comments.

The legendary festival, going down in Chicago this weekend, announced Sunday morning … “Lollapalooza was founded on diversity, inclusivity, respect, and love. With that in mind, DaBaby will no longer be performing at Grant Park tonight.” 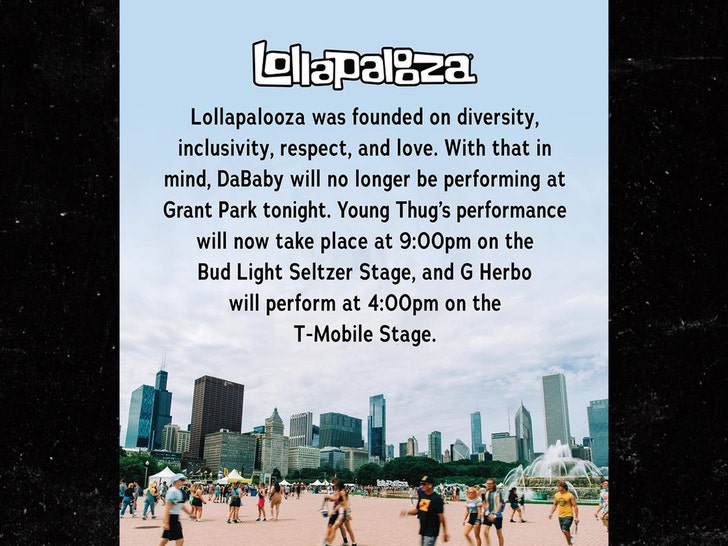 DaBaby was supposed to perform at 9 PM Sunday for more than 150,000 fans, as the final act of the 3-day festival — instead, he’ll be sidelined, and Young Thug has been moved up into that slot.

The 11th-hour change is in response to the rapper’s onstage rant last weekend at the Rolling Loud festival in Miami. ICYMI … DaBaby told the audience to put their phones up, “If you didn’t show up today with HIV/AIDS or other STDs that’ll make you die in 2-3 weeks” and “Fellas, if you didn’t suck a n***a d**k in the parking lot.”

He attempted to explain away the vile comments on social media when he posted a video claiming his words weren’t directed at his gat fans because they’re not “nasty gay n****s” or “junkies” and they take care of themselves.

In other words … he just made it worse.

As we’ve reported … the clothing company, Boohoo, stopped working with DaBaby soon after the heinous comments. Also, Dua Lipa — who has a huge hit with DaBaby, “Levitating” — denounced his remarks … and their song has reportedly been removed from multiple Apple Music playlists.

In addition to Young Thug getting the spotlight Sunday night, Lollapalooza added G Herbo‘s on an earlier stage to fill the void.