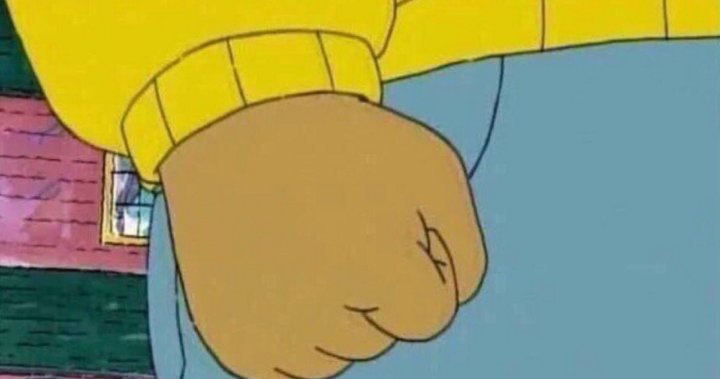 Arthur the A-A-R-D-V-A-R-K has been C-A-N-C-E-L-L-E-D, according to one of the original developers of the PBS Kids TV show.

The final season of the long-running children’s series will air in 2022, show creator Kathy Waugh said on the Finding DW podcast.

Waugh told the Arthur-focused podcast that the show held a wrap party two years ago and is no longer in production.

“I think (PBS) made a mistake, and I think Arthur should come back and I know I’m not alone in thinking they made a mistake,” Waugh said. “I don’t know if it was a ratings issue or if it felt like it needed to be retired.”

The educational TV show follows Arthur the aardvark, his little sister DW and their friends, in a series based on the popular books created by Marc Brown in 1976.

The show was the longest-running animated series for children in history. It peaked in the 1990s and remains particularly popular among nostalgic millennials, who have repurposed it into various memes in recent years.

“The generation that’s currently posting these things definitely grew up with the show and a lot of the themes that the show tackled kind of grander life lessons, bigger topics that people still deal with throughout their lives,” Adam Downer, an associate editor at Know Your Meme, told TIME last year.

“Arthur is one of those formative learning shows that everyone watched as a kid and still remembers.”

Fans shared the so-called “Arthur fist” meme to express their anger at the show’s cancellation this week.

me finding out that arthur is getting cancelled after 25 years pic.twitter.com/F6AMq0CpBD

Others posted memes of Arthur’s little sister, DW, standing behind a fence in fancy sunglasses.

Arthur is being cancelled after 25 seasons. Please respect my privacy at this time. pic.twitter.com/aPxzN6xMvK

Arthur had its good run. I can see Arthur having reruns on PBS Kids though. I’ll never forget about the memes as well. 💀 pic.twitter.com/fPoOOmjSIJ

The official Arthur Twitter account, which is run by PBS, also reminded fans that the show will live on through reruns.

In the winter of 2022, the 25th and final season of ARTHUR will debut & ARTHUR will continue to be available on @PBSKIDS for years to come! pic.twitter.com/NZYa1CwCyr

— with files from The Associated Press

‘Dune’ Reaps A Heap With $37M From Early Offshore Debut; ‘Shang-Chi’ Tops $320M WW – International Box Office
‘Jackass’ Star ‘Goddess’ Patty Perez Dead at 57
Norm Macdonald Dead at 61 After Private Battle with Cancer
A candle gift set is the way to literally anyone’s heart, so here are 19 of the most indulgent to choose from
Sex Education season 3: Is Emma Mackey leaving role of Maeve?