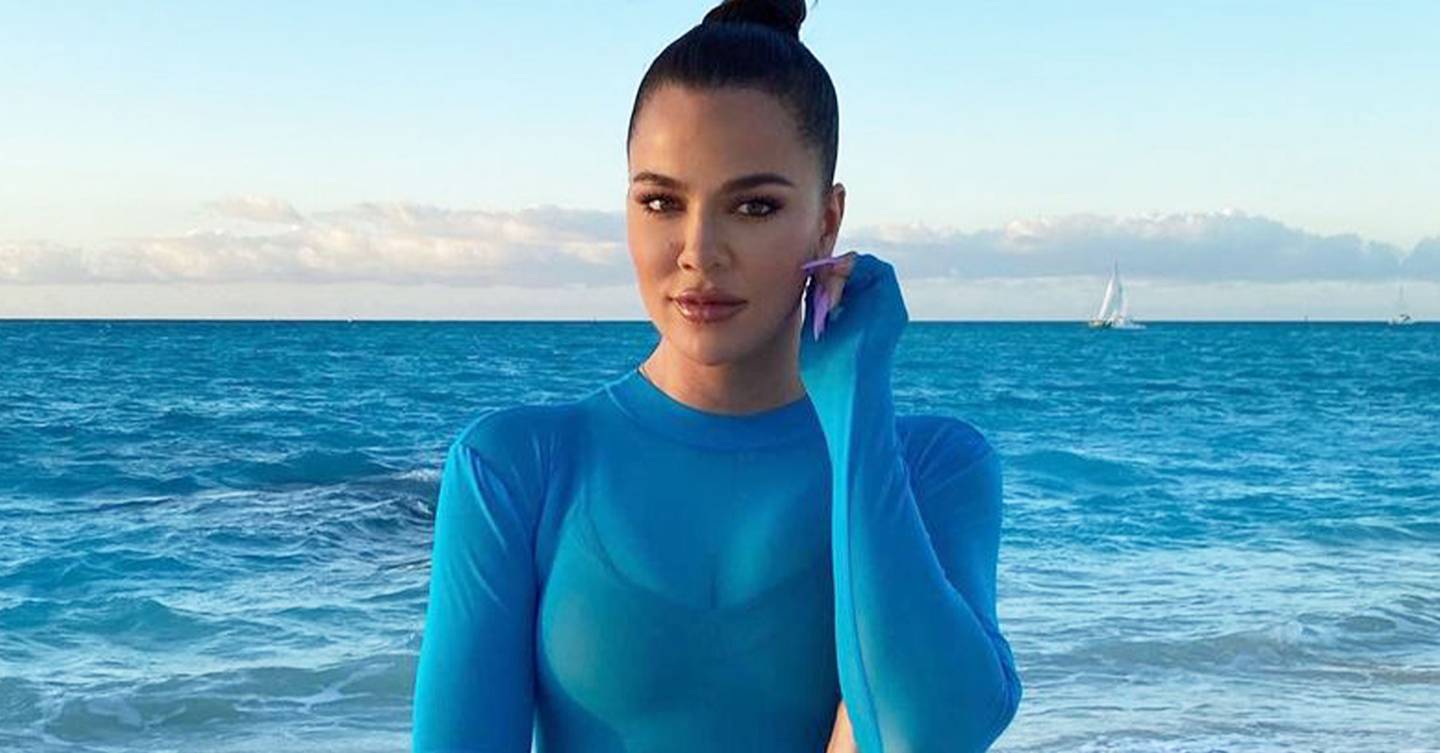 Khloé Kardashian is the latest star to binge watch saucy series Sex/Life – joining her sister Kim Kardashian and well, everyone else with a Netflix account.

And just like the rest of us, Khloé felt compelled to tell the internet when she’d reached episode three – thanks to that infamous shower scene. For the uninitiated (seriously, where have you been?), the scene takes place when Billie Connelly’s (Sarah Shahi) husband Cooper (Mike Vogel) follows Billie’s ex-boyfriend Brad (Adam Demos) to the gym, unbeknownst to Brad. Cooper follows him to the shower, and a full-frontal naked clip shows Brad is particularly, erm, well-endowed. Naturally, the scene sent the internet into a tailspin.

Sex/Life on Netflix makes 50 Shades look vanilla as hell – no wonder everyone is obsessed. Here’s what we know about season 2 of this raunch fest

And the Kardashian clan are no different. After responding to a Twitter follower to confirm that she’d started watching the show, she returned to add: “Well ok Brad!!!!!” – no doubt referring to the character’s ahem, big reveal.

Fellow fan Kim even responded to Khloé’s reaction by replying: “Ok now!!! I see someone is watching Sex Life!!!” to which her younger sister responded: “You got me into this! First Bridgerton and now Sex Life.”

Kim had previously revealed to her Instagram fans that Sex/Life is her “new fave show”, sharing a screenshot from her group chat with Khloé, Tracy Romulus and Lala Anthony.

It’s nice to know some of the most famous women in the world are just as hooked on the show as the rest of us Netflix devotees. And with its wild sex scenes – which we recently found out are based on a true story – and that bold finale moment, we bet Khloé and Kim are hoping for a second season like everyone else.

Sex/Life is based on BB Easton’s novel 44 Chapters About 4 Men, which is in fact more of a memoir from the writer – who spoke to Oprah Daily about the journal that inspired Billie’s own raunchy writings in the show.

If you loved Sex/Life, these are all the dramatic, steamy shows to binge-watch next (that aren’t Fifty Shades of Grey)

Of course, things don’t quite work out that way for Billie, who can’t resist old flame Brad when all is said and done (and a lot was said and done). No doubt Khloé will have something to say about that final scene, too – but is she team Brad or team Cooper?