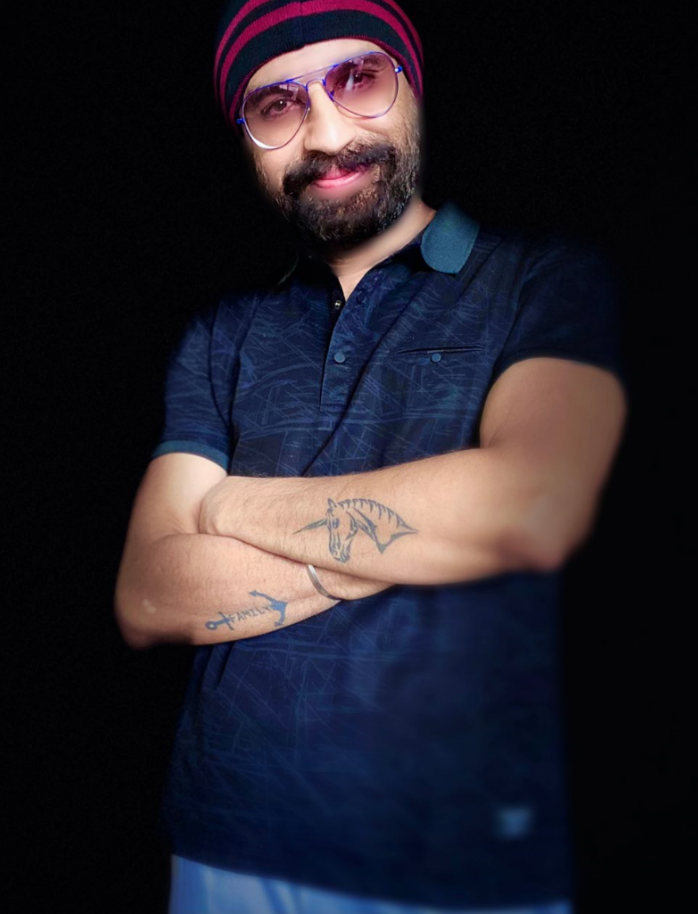 The endless reach of Daft Punk will almost certainly never see an end to the ripples the duo has caused. One of the most prolific and influential groups of all time, full stop, Daft Punk finally called it quits earlier this year in a move that shocked millions — the music is forever, even if the band isn’t, and while there’s a definite sting to the initial realization, within those millions there are at least a handful of musical artists who will rise to fill that void, or die trying.

Vineet is one such act, and his latest entry “Turning Back Time” is a worthy competitor in the chaotic and combative world of musical influences. Featuring vocal effects and electronic production robust enough to make the robotic duo blush, there’s certainly a post-Daft Punk effect making its way across the globe, and for a band as brilliant as the late DP, even the copycats and influenced will be certain to make some incredible music on their way to paying homage.

Vineet is far from a copycat, however; make no mistake, his inspiration for “Turning Back Time” was deeply tied to Daft Punk, but there is still plenty of unique elements within the single that are entirely indebted to Vineet’s songwriting spin. His keen ear for melodic layering lends itself to a song that feels catchier than any independent pop artist is capable of, and the overall knack for electronic stylization and editing only further elevates “Turning Back Time” to greater highs than that of most Top 40 pop fare you’d hear on the radio today.

The nostalgic angle Vineet takes with his most recent musical outing is a smart choice as contemporary pop music often ends up growing more and more derivative by the day — why sample and cover something when you could just all but get in a time machine and simply evoke a time and place with a song all your own? “Turning Back Time” takes this high-concept way of thinking to the finish line as it delivers on a song that you might expect to hear in a playlist of underrated pop tracks of the early aughts, and the ambitiously-edited music video even incorporates a great deal of time travel to further establish the fun, oft daydreamed idea of going back and reliving a memory.

The small touches of regret that crop up throughout the song, as in the line “When I was yours and you were mine,” offer up a touch of humanity that often feels missing from modern pop, and this only gives “Turning Back Time” a broader reach as it lends a perspective of relatability and sensitivity. There’s a great deal of back and forth at play within Vineet’s new single, and the balancing act is never thrown off — lucky for listeners, there’s plenty of optimism to go around to keep nostalgic minds from dwelling on the past too deeply, and “Turning Back Time” sets out to keep up the core mantra of the ol’ college slogan “Here for a good time, not for a long time.” Vineet has a great hit on his hands and according to YouTube, he knows it; over a quarter million people agree with him on it, and so, while the past can be fun to meditate on, the future is eagerly calling Vineet towards his next project.

Luka James To Release Highly Anticipated New Single “Hazy Dreams” On Thursday, September 30th, 2021
There’s a Monster in My Basket: Six More of the Most Unique Movie Monsters!
Steve Harvey Shares His True Feelings On Daughter Lori’s Romance With Michael B. Jordan
Met Gala Chef Defends Food After Keke Palmer’s Pic Draws Criticism
Here’s why this decades-old ‘almost lipstick’ by Clinique is going viral on TikTok – and selling out everywhere as a result