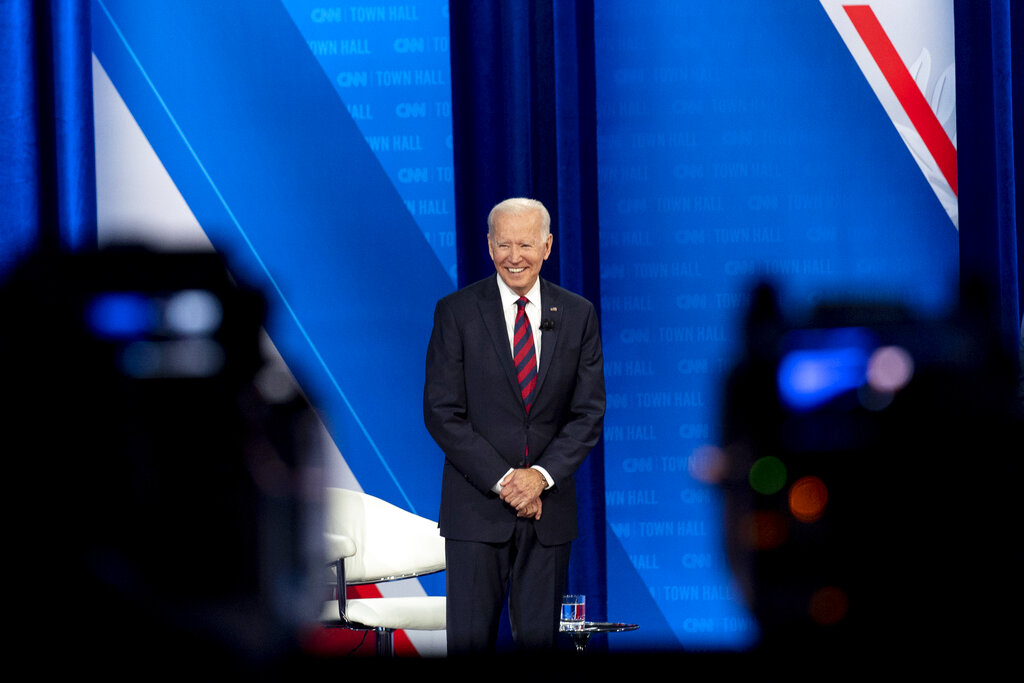 A key moment in CNN’s town hall with President Joe Biden came when moderator Don Lemon asked him about one of the big news items of the day: Republican House Leader Kevin McCarthy pulling his members from a committee set up to investigate the January 6 insurrection.

“If Republicans and Democrats can’t come together to investigate the biggest attack on our Capitol in 200 years, what makes you think they can come together on anything?”

Biden pointed to the audience and said, “These people.”

At a key moment for much of Biden’s agenda — on issues like infrastructure, police reform, voting rights — the president spent much of the nearly 90-minute event presenting himself as the voice of reason. At some moments, he seemed to be calling on the country to “get it together,” whether on vaccines or police reform or simply believing their own eyes.

“Democrats and Republicans. I don’t care if you think I am Satan reincarnated, the fact is you can’t look at that television and say, nothing happened on the 6th,” Biden said. “You can’t listen to people who say ‘This was a peaceful march.’ No I’m serious. Think about it. Think of the things being said. I have been through the other end of this when the Democrats 35 years ago were way off to the other side.”

Then he got to his point: “I have faith in the American people, I really do, to ultimately get to the right place.”

Then he warned of the drift of politics into fringe conspiracy theories.

“Some of the stuff, I mean, QAnon, the idea that the Democrats, or Biden is hiding people and sucking the blood of children,” he said, as he pointed out the drift of politics from disagreement to a kind of “venom.”

“Folks, the rest of the world is wondering about us. It is not a joke,” Biden said. At the recent G7 summit, Biden said that he told other leaders that “America is back,” but some responded, “Are you really back?”

“They said, we believe you Joe, but will the country ever get it together?”

Biden said that China’s Xi Jingping and Russia’s Vladimir Putin are banking on a future not of democracy but autocracy.

“Democracy has to stand up and demonstrate that you can get something done,” Biden said.

One of the more vexing issues for Biden is on voting rights. Last week, he gave a speech in which he warned of a wave of GOP-led state voting restrictions, calling it “un-American” and “the most significant threat to our democracy since the Civil War.”

But Biden did not endorse abolishing the filibuster, as many activists want, as a way to secure passage of voting rights legislation to counter the new state laws.

Another key moment came when Lemon pressed Biden on that point.

As Lemon put it, why preserve a “relic of Jim Crow’ at the expense of voting rights?

After first saying that the Senate should go back to the talking filibuster, Biden said, “There is no reason to protect it other than you will throw the entire Congress into chaos and nothing will get done.”