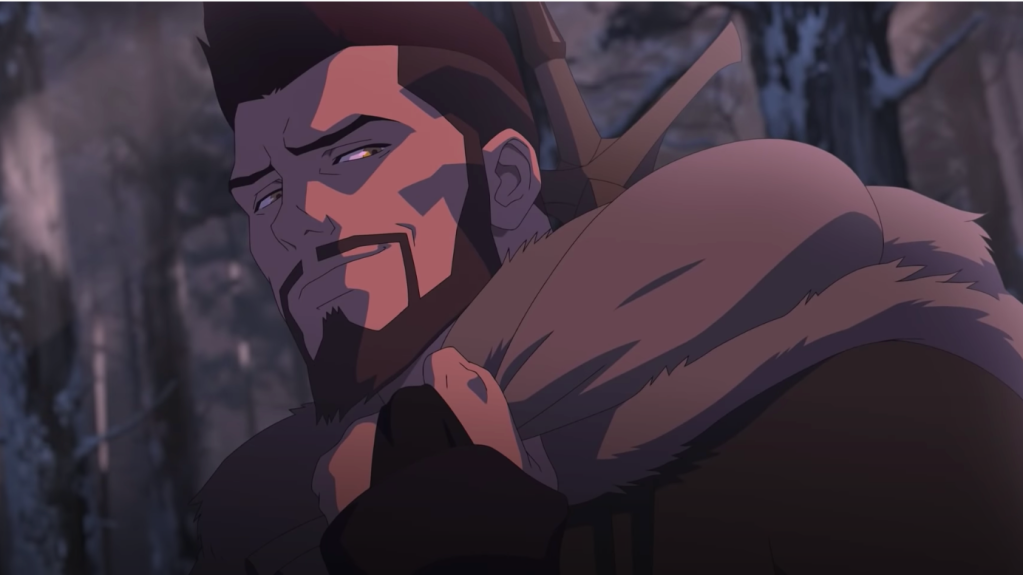 Vesemir will tend to your monster-related woes for the right price in the latest teaser for Netflix’s The Witcher: Nightmare Of The Wolf.

Unveiled on Wednesday, the latest snippet introduces the cocky protagonist, voiced by Theo James, of the The Witcher anime film. Before Geralt came on the scene, Vesemir (James) ruled and delighted in slaying monsters for coin. But when a strange new monster begins terrorizing a politically fraught kingdom, Vesemir finds himself on a frightening adventure that forces him to confront the demons of his past.

“Witchers are rogues without virtue, true diabolical creations fit only for killing,” James’ Vesemir reads. “There is no place amidst honest men for them.”

Netflix also revealed photos of the main cast, which you can see below. The Witcher: Nightmare of The Wolf is set to hit Netflix Monday August 23, 2021.

The anime film is written and produced by Beau DeMayo and co-produced by The Witcher showrunner and Executive Producer Lauren Schmidt Hissrich and Studio Mir’s Kwang Il Han who is also directing.

Watch the latest teaser above.

On the Radar: Is that bones I hear?
Kris Wu, Chinese-Canadian pop star, ‘criminally detained’ on suspicion of rape
Kyle Kuzma’s SUV Stolen, Driver Leads Cops on High-Speed Chase
Michael Phelps Supports Simone Biles After Her Olympics Team Competition Withdrawal “Broke My Heart”
Looking for a one shoulder dress for summer? Call off the search, we just found 17 of the best