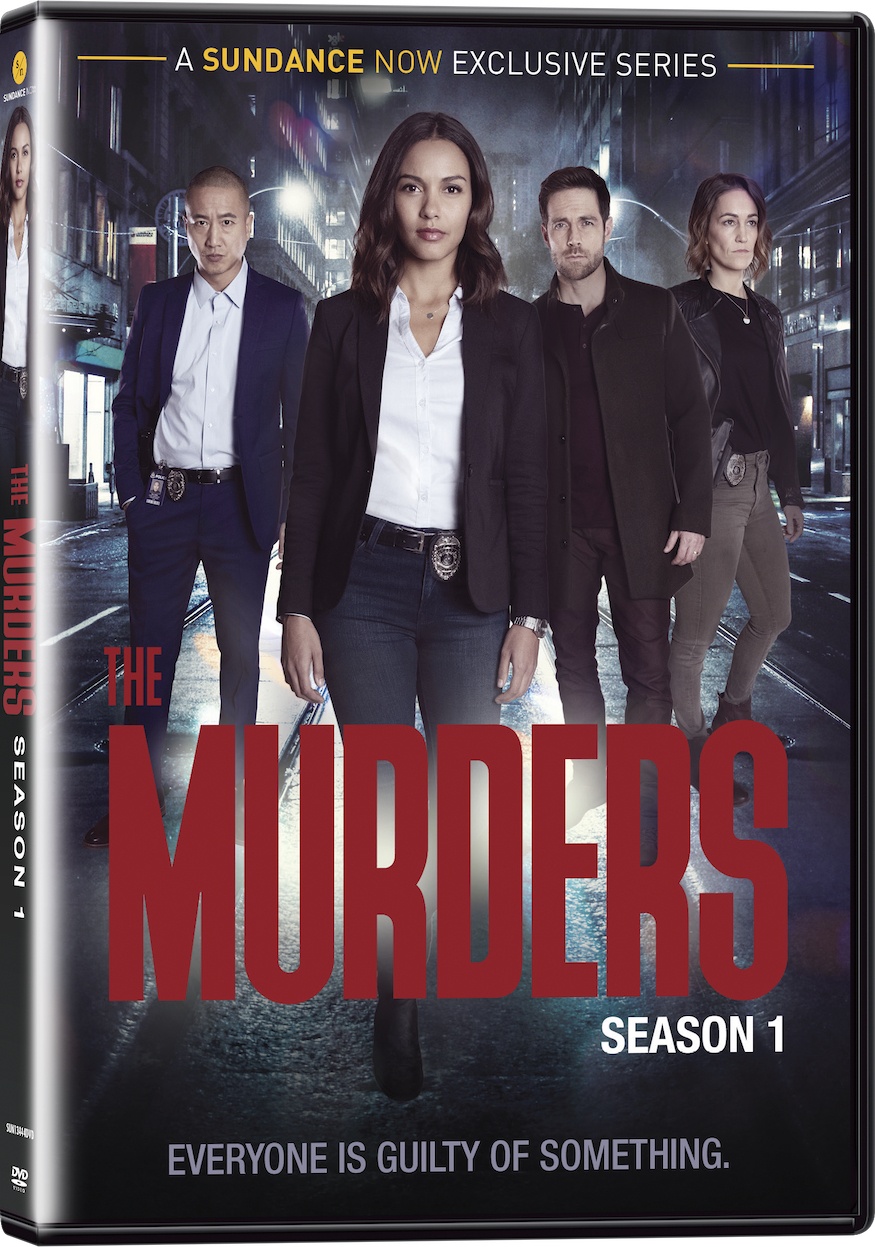 Jameson is a squeaky clean investigative prodigy whose father was a respected Vancouver cop. Everything in her career has been sparkling so far, but now she’s been paired with Detective Nolan Wells, played by Dylan Bruce. In the first episode, Wells plays an initiation prank on Jameson by taking her service weapon. One thing leads to another and while Jameson is pulling her hair out trying to find it, the gun has fallen into the wrong hands. Yup, the worst happens and someone is killed with her gun.

That sets things up nicely for what looks like a unique series as Jameson tries to exonerate and prove herself, even though what happened was not her fault. You probably haven’t seen this much of Vancouver in a crime show since McGuyver. Heists, cold cases, black mail, serial killers… It’s a series with something for everyone.

The DVD is available for $35.99 on Amazon. The Murders aired in Canada from March 2019. There have been rumours of a second season, but nothing has been confirmed.

Blake Lively and Ryan Reynolds just recreated their first date 10 years later (and we thought we couldn’t be any more obsessed with these two)
So, *this* is why you want to cry all the time for no reason when you’re on your period
Meghan McCain To Mary Trump: “Leave Me And My Entire Family The F*ck Alone”
Viola Davis’ Husband Julius Tennon: Everything To Know About The Actress’ Husband Of 18 Years
All About “Biles and Chiles”: Simone Biles and Jordan Chiles’s Sweet Friendship