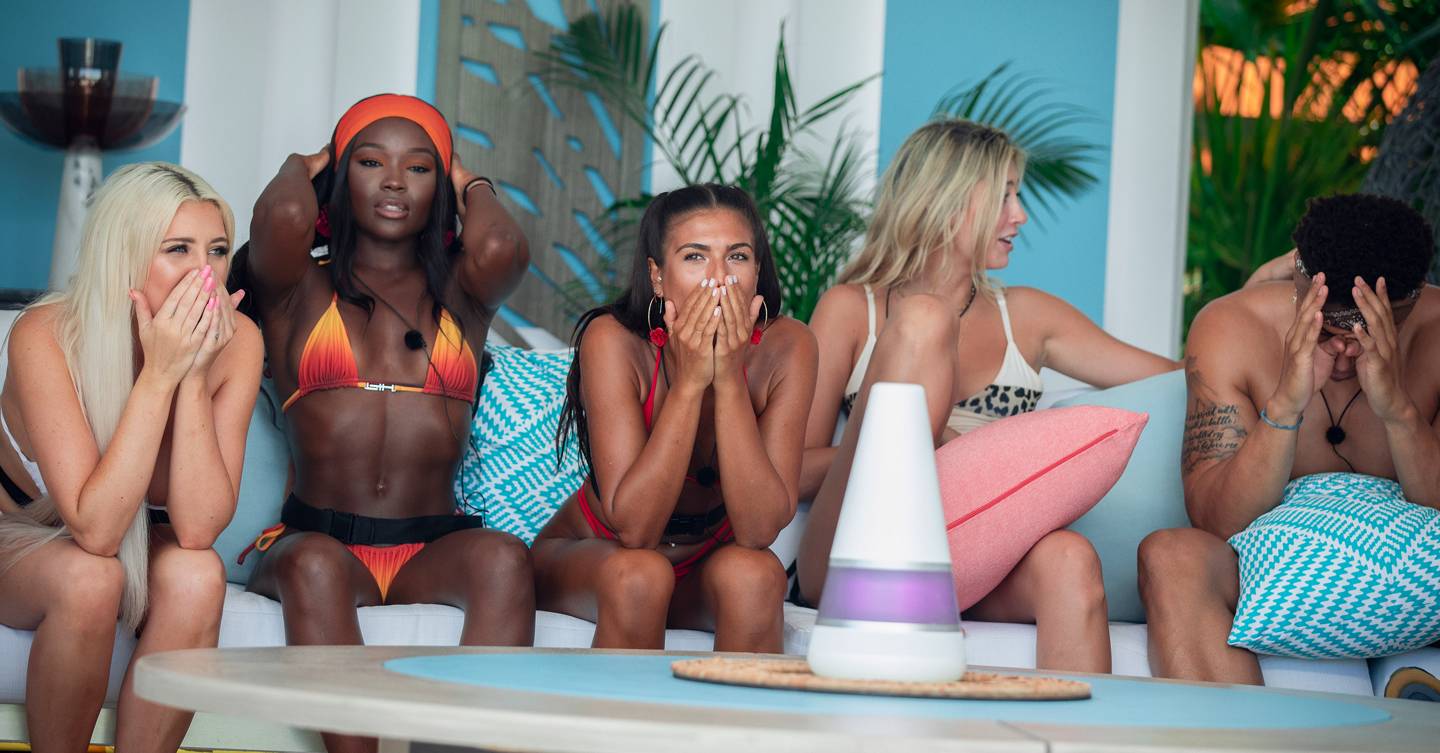 One of our favourite eras of lockdown was phase one. Back when we all thought life would return to normal by summer and in the meantime, we could enjoy some well-deserved Netflix and chill time at home. Especially after the streaming service dropped its genius dating show, Too Hot To Handle.

The show, which quickly became known as a Love Is Blind meets Love Island hybrid, dropped last Spring (yes, we can’t believe it has been over a year either!) and immediately became the biggest talking point on social media. Why? Well, the concept was pretty wild.

It saw a group of hot singles from all over the world are thrown together on a tropical Island where they were encouraged to build intimate connections through conversation instead of touch. The rules were simple: Form emotional bonds without touching or indulging in any sort of physical intimacy in order to win a large sum of money at the end. For every couple that broke the rules, there was a brutal cut to the group’s cash prize of $100,000. Naturally, some of the contestants were quite the rule breakers which resulted in a whole lot of drama. Just the kind of well-timed entertainment we needed at the time!

At the end of the first season, the grouped ended up walking away with $7,500 each before taxes (as well as newfound social media fame, of course) and now, the popular show is finally back for yet another explosive season and it’s airing a lot sooner than you think.

Here’s everything we know so far about Too Hot To Handle season 2, including the new trailer…

When is Too Hot To Handle season 2 out?

The brand new season has been confirmed to be premiering on Netflix on 23 June. This first drop will only include the first four episodes of the new season. The remaining six episodes will then drop on 30 June.

Speaking to Deadline, Netflix’s VP of unscripted and documentary series Brandon Riggs, said: “We’re experimenting with the release format so you have time to dissect and dish on every step of the competition as it unfolds.”

When was Too Hot To Handle season two filmed?

The show, which was recently renewed by Netflix for a third season in 2022, was filmed in a secret location abroad back in January, according to Variety. The publication also revealed that producers used a fake name for the show’s casting process to keep things under wraps before selecting their talent. In fact, the contestants allegedly had no idea they were participating in Too Hot To Handle until the cameras started rolling. This was the same method used for casting on season one.

Is there a trailer for Too Hot To Handle season 2?

There is indeed. Netflix dropped the first teaser for season 2 on 19 May, with a cryptic video showing a beach destination and reintroducing the shoe’s witty narrator. However, that was all we got back then.

The official trailer for the show was then released on 15 June, where we got our first look at the new cast and let us tell you, they’re a beautiful bunch to say the least!

Who are the new contestants on Too Hot To Handle season 2?

This year, the ten contestants include several models, a few personal trainers, a bartender, a stripper and even a swanky lawyer – all of whom are from different parts of the world and will be living together in a villa.

Meet some of the stars of season 2…

Name: Nathan
Age: 27
Job: A former stripper from the UK, who lives in Texas.

Disney Pulls ‘Jungle Cruise’ Into Weekend Port With $91.8M In Global B.O. & Disney+ Premier Spend
The Film That Lit My Fuse: ‘Black Panther’s Winston Duke On The Power Of Luc Besson’s ‘The Professional’ & An Early Film Education From The Trunk Of A Car In Tobago
‘Doctor Who’: Jodie Whittaker & Showrunner Chris Chibnall Are Leaving Iconic Sci-Fi Series, BBC Confirms
Looking for a one shoulder dress for summer? Call off the search, we just found 17 of the best
U.S. Women’s Soccer Team Through To Tokyo Olympic Semi-Final After Penalty Shootout Drama