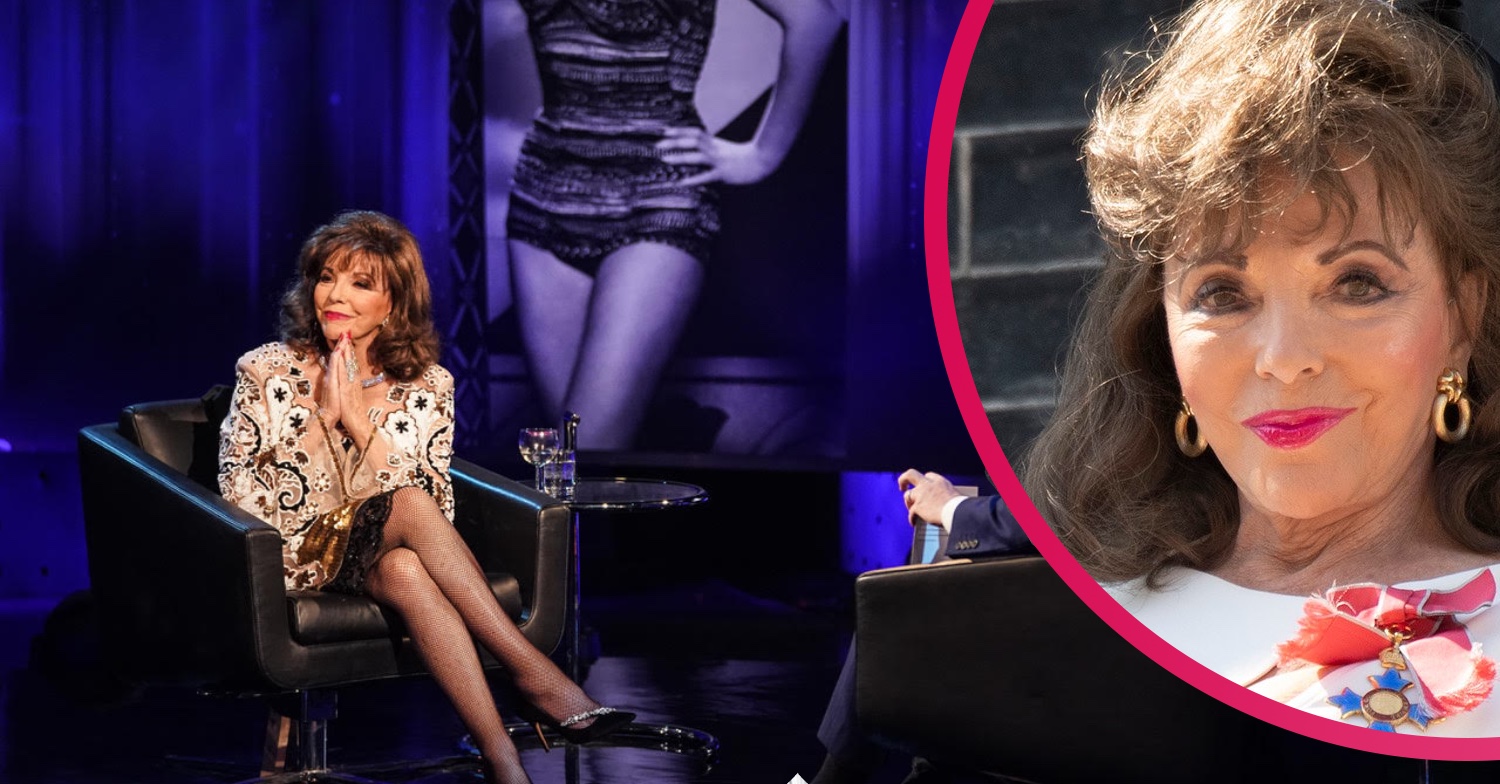 As Dame Joan Collins returns to Piers Morgan’s Life Stories, let’s take a look at the 88-year-old icon’s husbands and lovers over the years.

In addition to being a prolific actress, playing her most famous part Alexis Carrington in Dynasty from 1981 to 1991, Dame Joan has had a string of husbands and lovers…

But how did it all begin?

Where is Joan Collins from?

Born in Paddington, Joan grew up in Maida Vale, West London. Her mother was a dance teacher and her father was a talent agent, whose clients included The Beatles, Shirley Bassey and Tom Jones.

Joan trained at the Royal Academy of Dramatic Art (RADA) aged just 16 and signed to a film studio aged 17.

Since her debut in 1951, she has appeared in more than 70 feature films and hundreds of TV appearances. And at the age of 88, she shows no signs of slowing down any time soon!

Who is Joan Collins’ husband?

Joan Collins is currently married to her fifth husband, 56-year-old film producer Percy Gibson. He is over 30 years younger than her.

The couple married at Claridges Hotel in 2002 and spend their time between their homes in London, Los Angeles, New York City and France.

The couple appeared on Celebrity Who Wants To Be A Millionaire in 2005.

The pair endured a dramatic blaze at their London home in 2019. Joan called Percy ‘My Hero’ in a tweet describing how he tackled the flames in their en-suite bathroom with a fire extinguisher.

Read more: Dame Joan Collins ‘lucky to be alive’ after blaze at home

How many times has Joan Collins married?

Joan Collins has married five times since the 1950s.

She married her first husband, Northern Irish actor Maxwell Reed, in 1952. The marriage lasted four years before she divorced him in 1956.

In a 2014 documentary about sexual violence, Brave Miss World, Joan alleged that Maxwell Reed drugged and raped her when she was just 17.

In 1960, Joan became engaged to actor and director Warren Beatty. However, their relationship fell apart after Beatty – who had a reputation as a womaniser – was unfaithful to her.

By 1963 Joan had married English singer-songwriter Anthony Newley. Joan and Anthony had a seven-year marriage and two children, Tara and Alexander, before divorcing in 1970.

Joan and Kass’ marriage lasted 10 years until they divorced in 1983. They remained close after their divorce, and Joan provided for his medical care after he was diagnosed with terminal cancer. When Kass died aged 51, Joan was reportedly at his bedside.

In 1985 Joan got hitched again in a Las Vegas ceremony, this time to Swedish singer Peter Holm. The marriage lasted only two years before they filed for divorce.

How many children does Joan Collins have?

Joan Collins has three children from her five marriages.

Her daughter, Tara Newley, 57, from her marriage to Anthony Newley is a journalist and writer. Joan’s only son, Alexander Newley (also known as Sacha), 55, is an artist who has created portraits of actors Judi Dench and Kenneth Branagh.

Joan’s daughter Katyana Kass (also known as Katie), 49, from her marriage to Ron Kass is an actress. She appeared in Peter Sellers’ film The Optimist of Nine Elms aged just one year old.

Let us know on our Facebook page at @EntertainmentDailyFix what you think of this article.