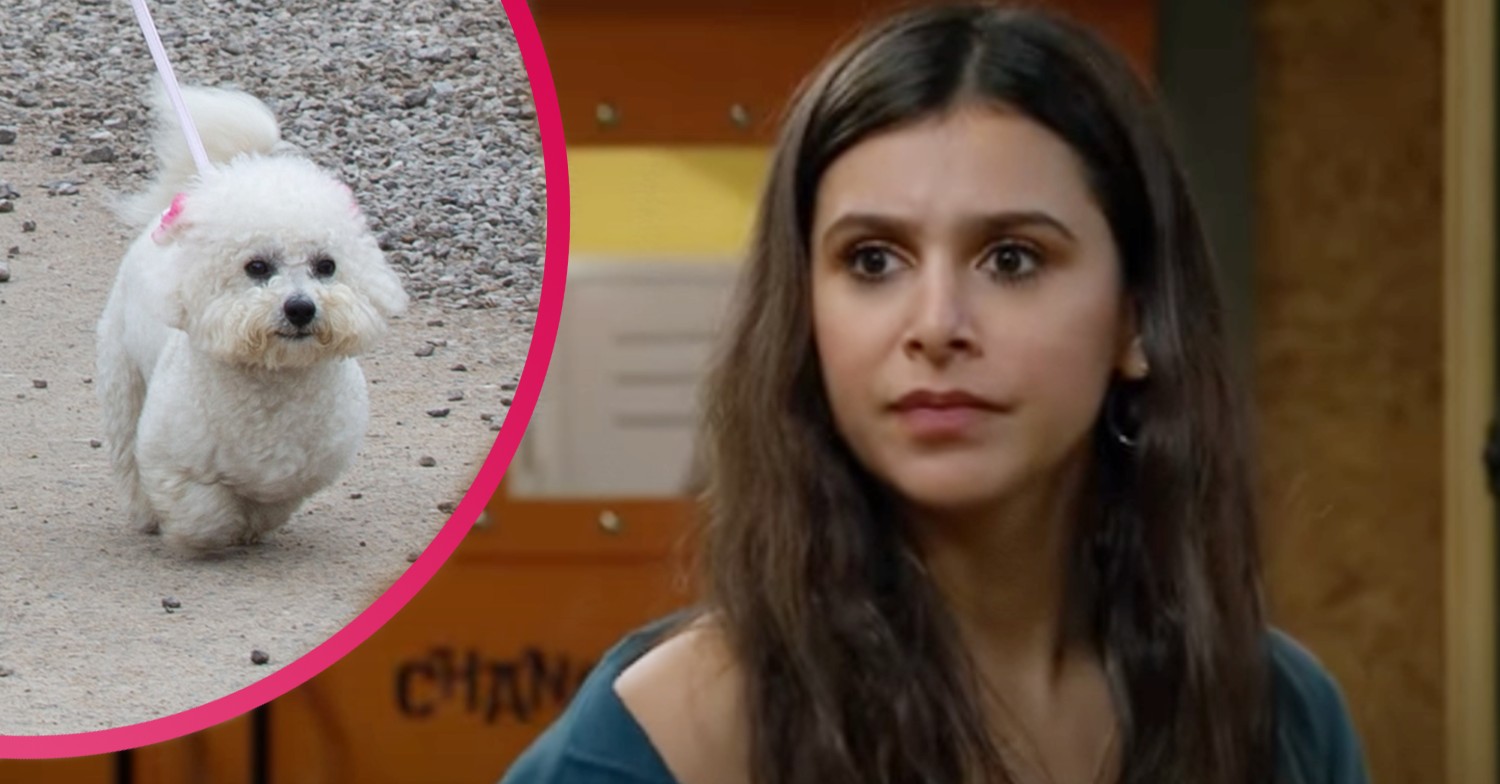 Emmerdale fans have complained on Twitter about the scenes which saw Meena shut Princess in a hot car, with some mentioning the RSPCA in their tweets.

In last night’s scenes (Thursday, June 11 2021) Andrea and Charles prepared to go away on a camping trip with Andrea’s daughter Millie and Millie’s dog Princess.

However when Andrea suggested they leave Princess with Charles’s son Ethan, Millie wasn’t happy and stormed off inside.

Andrea left Princess tied up outside as she went in to talk to Millie.

Emmerdale: Meena shuts Princess the dog in a hot car

Princess was left outside alone and soon someone came along and lured Princess into the car, which was boiling hot due to the hot weather.

They then shut Princess inside and the poor dog couldn’t escape.

Soon David came along and saw Princess inside and opened the car. Charles rushed over and took Princess straight to the vets.

Paddy told Charles and Andrea that Princess had heat stroke.

Later it was revealed that it was David’s girlfriend, Meena, who trapped the dog in the car in an attempt to stop Charles and Andrea going on their trip.

However viewers were not impressed with the scenes and mentioned the RSPCA in their tweets as they complained about the soap showing animal abuse.

How dare toy show this! A little poor defenceless dog trapped in a hot car.

TOO FAR @emmerdale TOO FAR 😡😡😡😡😡 HOW DARE YOU SHOW THIS! A LITTLE POOR DEFENCELESS DOG TRAPPED IN A HOT CAR 🤬 THE @RSPCA_official SHOULD COMPLAIN STRAIGHTAWAY! GABBY IS SUCH A BITCH I HATE HER! AS A DOG LOVER I CANT WATCH THIS 😟 #emmerdale I WILL NEVER FORGIVE YOU FOR THIS

#emmerdale Now they are using animal abuse to get ratings. Who in charge actually thinks this is a good idea. @RSPCA_official @emmerdale

The writers of Emmerdale seem to have a habit of showing dog cruelty, ie vicars wife running over daisy while drunk and didn’t Andrea hit a dog the night Graham was killed! The Series producers really need to go.

I hope whoever put the dog in the car is shown to be arrested & prosecuted.

What’s the point of needless animal abuse then? #emmerdale

In tonight’s episode of the soap (Friday, June 11) Meena opens up to Diane about her past.

Will anyone find out she was the one who hurt Princess?

Entertainment Daily has contacted Emmerdale reps and the RSPCA for comment on this story.

Will you be watching next week’s Emmerdale? Leave us a comment on our Facebook page @EntertainmentDailyFix and let us know

U.S. Track Star Races In Doritos Bag Earrings & Makes Olympics, Gonna Sponsor Me or What?
Book Riot’s Deals of the Day for June 23, 2021
‘Top Chef’: Why Dawn Burrell Is Passionate About Juneteenth & Respecting Afrocentric Cuisine
[Review] “Inside No. 9” Remains Bold and Twisted with Season 6
Khloe Kardashian Finally Confirms She’s Dating Tristan Again & Shares Why She Took Him Back