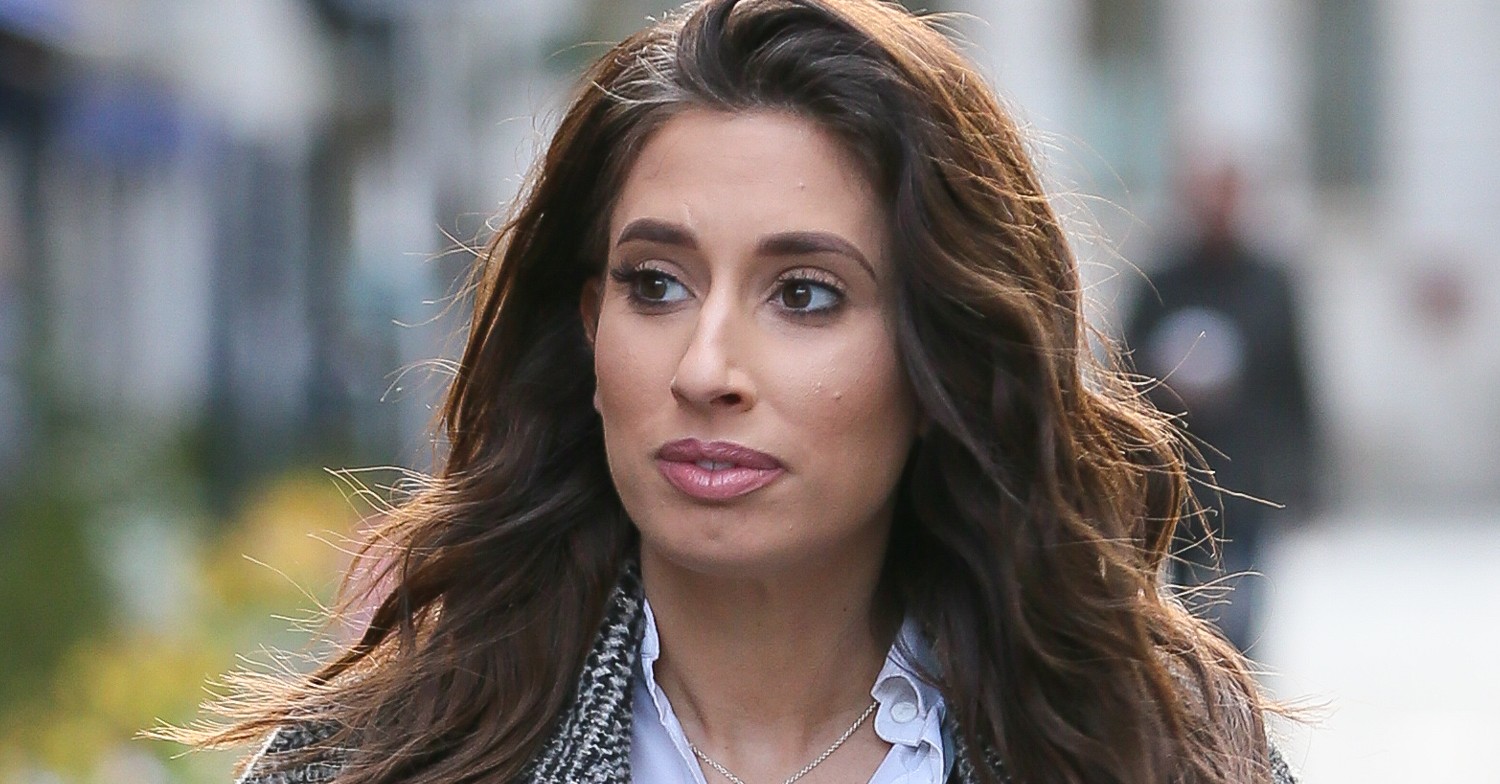 Stacey Solomon previously admitted her relationship with stepson Harry was a ‘work in progress’ – just months before announcing her fourth pregnancy.

The Loose Women star, 31, is expecting her second child with fiancé Joe Swash later this year.

As well as two-year-old son Rex with Joe, the star is also a proud mum to Zachary, 13, and Leighton, nine.

Meanwhile, Joe is a dad to 13-year-old son Harry.

Harry was born back in 2007, to Joe and his then-fiancée Emma Sophocleous.

However, the couple separated less than a year later.

What did Stacey Solomon say about stepson Harry?

Talking on Fearne Cotton’s Happy Place podcast in March, Stacey opened up on her relationship with Harry.

The TV star shared: “When there are children from different relationships, whoever isn’t living in the household, it’s a different dynamic to navigate.

“It’s something we found really difficult to navigate.”

“That fun-loving happy go lucky man that comes into their life is always more exciting.

“They have an easier time than the one meeting the evil stepmother that’s going to give them the poison apple.”

It’s something we found really difficult to navigate

Furthermore, Stacey called the dynamic a “work in progress”.

She went on: “That has been really difficult and it’s still a work in progress. You are constantly trying to be balance being there for somebody and wanting them to be part of your family without being intrusive…

“…and making them feel like as though you’re taking over something. It’s a real fine balance and it’s a work in progress.

Read more: Stacey Solomon reveals she has been feeling exhausted for weeks

“We’ll always be working at it.”

Stacey also admitted to having good and bad days as a blended family.

Meanwhile, Stacey shared the exciting news of her fourth pregnancy this week.

The queen of organising revealed the news in a super-happy Instagram post featuring a beautiful family shot.

Mum-of-three Stacey wrote: “We are growing another pickle. We’ve never felt so grateful… I have no words.

“We didn’t think we would get the chance. We love you all to the moon and back.

“Lots of love From Me, Joe, Harry, Zach, Leighton, Rex, and our little pickle.”

This is extra-special news as Stacey revealed she has suffered devastating miscarriages in the couple’s attempts to get pregnant.

On her Instagram Stories, she shared a clip of a black and white video of a negative pregnancy test.

She wrote: “For a really long time we’ve been trying for another pickle. It didn’t work out and this was our news quite a few times.”