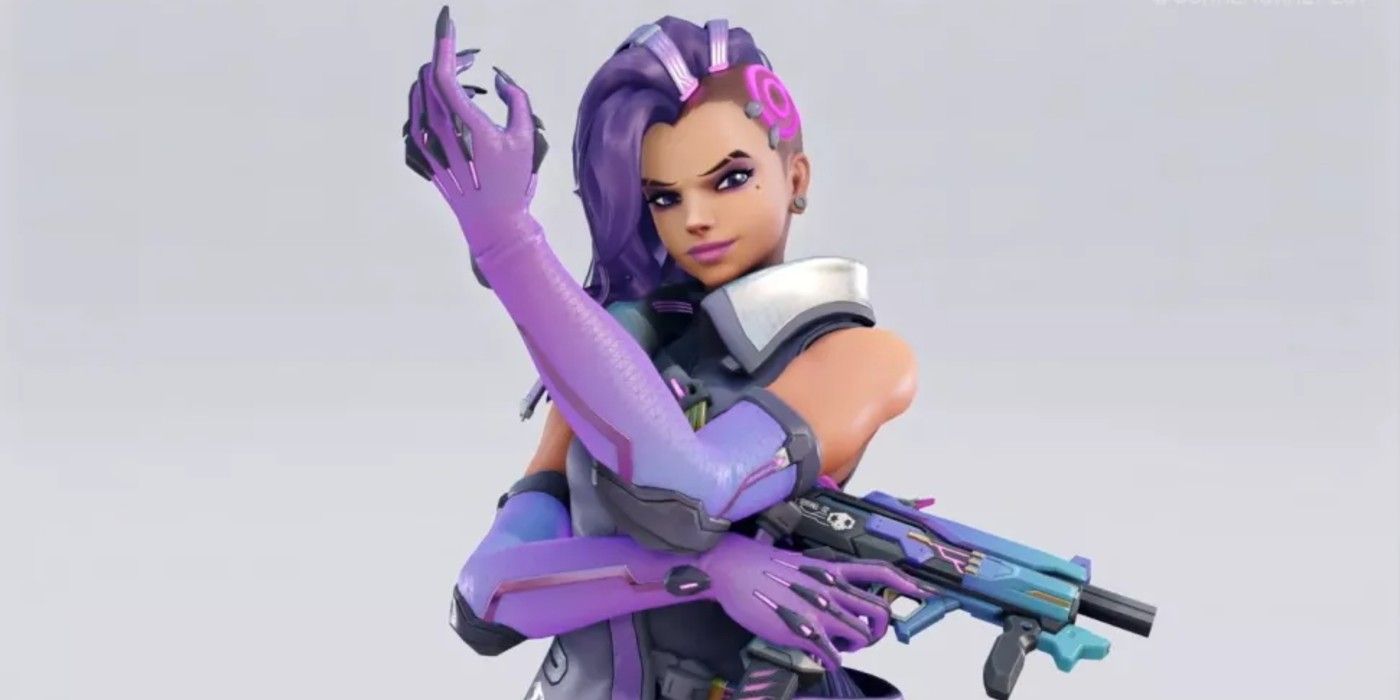 Even though new hero announcements have been scarce for Overwatch 2, Blizzard’s upcoming sequel to its wildly popular team-based FPS, some returning characters are getting a facelift. During the Summer Game Fest kickoff, Blizzard showed off redesigns of two Overwatch characters who will be returning in the sequel, Baptiste and Sombra.

Sombra, a stealthy hacker that can turn enemy’s equipment against them, was the second new character to be released after Overwatch released. On the other hand, Baptiste was released three years after Sombra in 2019. A medic who wields a biotic launcher that fires off grenades, Baptiste will likely be the final support character released during the original Overwatch‘s lifespan.

The character redesigns appear to showcase aesthetic changes more than gameplay tweaks. For Baptiste, his blue and orange color scheme is altered to feature more teal, grey, and white. In Sombra’s case, purple remains the primary color on her design, but the new model incorporates a bit more blue into her costume and onto her weapon. Both of these changes appear to be significant upgrades to their current character models in Overwatch.