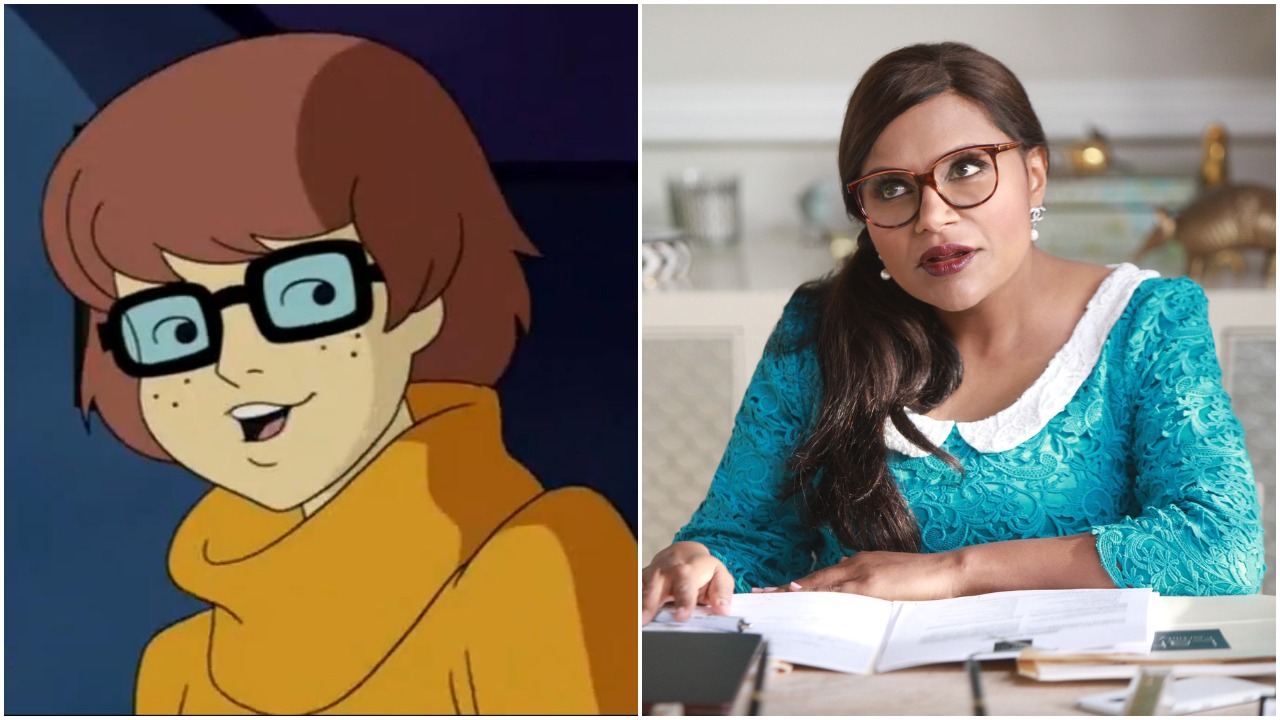 Ascheim said, “We have a not for children, Mindy Kaling project called Velma because she was excited to reimagine what Scooby-Doo would be like if Velma were of East Asian descent and lived in a different world. And in that version, which is going on HBO Max first, there’s no dog and no van but we have our 4 key characters through a different lens and I think it’s great. Allowing our creators to play with our IP is super powerful.”

Naturally, news of the historically white Velma being East Asian rankled a certain racist subset of internet trolls who lose their damn minds every time a white cartoon character becomes a person of color. We saw it in the racist backlash against singer-actress Halle Bailey when she was cast in Disney’s upcoming live-action The Little Mermaid. And we saw it when Zendaya was cast as Mary Jane in the Spider-Man films.

It’s the same group of trolls who whine about She-Ra not being “hot” anymore. Because privilege is the voice of a thousand angry incels screaming “this cartoon character isn’t white and isn’t giving me a boner!” into the vast cavern of the internet.

In addition to Velma not being white anymore, folks online are upset that Velma will set aside Scooby and the mystery van for a completely different plot. Many question whether it’s even still Velma if she’s not solving mysteries and palling around with the iconic Great Dane. To which I say: who cares? It’s adult animation, there are no rules. No one was bothered by Harvey Birdman being a lawyer. No one was upset about Space Ghost hosting his own talk show. Adult animation is ALL about flipping the script on cartoon tropes and clichés and finding the humor in making fun of our childhood faves. So maybe don’t be so precious with interpretations of your favorite cartoons. After all, there is still plenty of Scooby Doo content out there for diehards of the original line-up.

For that matter, this isn’t the first time Velma has been played by a person of Asian descent. Singer Hayley Kiyoko portrayed Velma in the made for TV movies Scooby-Doo! The Mystery Begins and Scooby-Doo! Curse of the Lake Monster. So everyone can take SEVERAL seats.

Honestly, the real question we have is whether or not the series will address Velma’s status as a queer girl icon. Let Velma kiss girls, you cowards!

Many took to social media to weigh in on Velma:

Velma doesn’t have to be white, but she’s always been queer so write that down pic.twitter.com/F1ZjLMiFoB

Scooby Doo has been around since 1969 with multiple iterations and different takes.

At this point it really shouldn’t fucking matter how they approach an adult oriented spin-off show about Velma. Just make it good.

It’s not like her race was essential to her character anyway. https://t.co/S4CfZicJ5l

Me: “… oh she’s trending because there’s a remake where she’s not white and our fellow white people are going ballistic.”

people saying that velma being east asian would change her character entirely but since when was being white a fundamental aspect of what makes velma velma?? https://t.co/4soUhFEjwo

Gotta love the people being all pissed off about this acting like they care about the “”canon”” of Scooby Doo who clearly don’t know Velma has already been played in live action by Hayley Kiyoko 🙃 https://t.co/EdA7c3xWxi

Velma has been Asian before (portrayed by Hayley Kiyoko) and it was one of my favorite interpretations of her tbh, people really out here getting mad about such a blank-slate character. https://t.co/jDK8E2WsQR pic.twitter.com/QffDnVfU3e