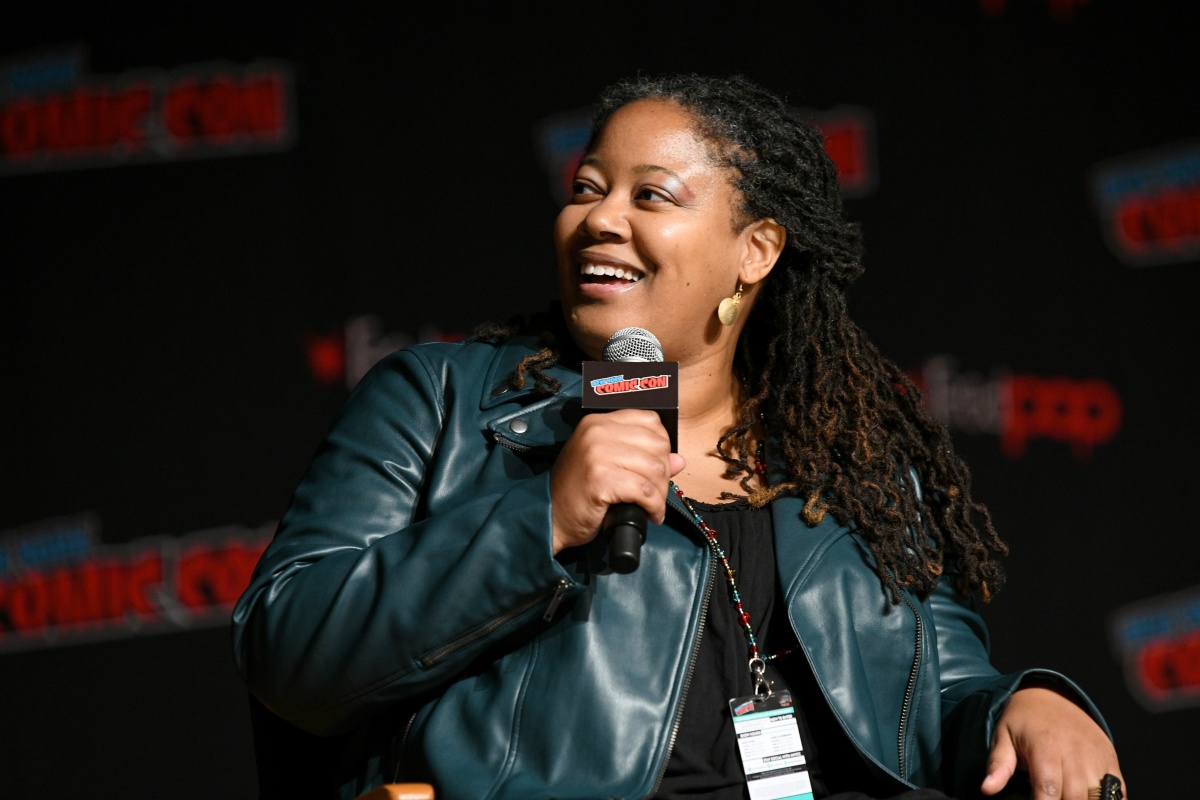 N.K. Jemisin is one of the titans of the science fiction and fantasy genre, but none of her works have been adapted for the screen as of yet—but that is about to change.

Deadline has shared that TriStar Pictures has “emerged from a bidding battle to win The Broken Earth sci-fi trilogy by N.K. Jemisin.” The biggest part of that announcement is that Jemisin will be the one adapting the books to screen.

Sssssso, folks have been asking me for updates on the Broken Earth tv/film adaptation for a while, and I haven’t been able to say anything… because a lot’s been happening. But at last, I can share: https://t.co/D9F9nDtN96

Please also note: “The author will adapt the books herself.”
😅

This is exciting news. All three books in the series, The Fifth Season, The Obelisk Gate, and The Stone Sky, won the Hugo Award for Best Novel. Jemisin became not only the first person to win the award three years in a row, but the first to win for all three books in a trilogy.

The Broken Earth trilogy takes place on a futuristic broken version of Earth and a continent called the Stillness. This world has semi-apocalyptic earthquakes that manage to shake the world. The people call these events “seasons.”

Humans then craft these communities (comms), and once the shaking stops, they rebuild with the help of magical beings called “orogenes,” who can control the energy of the ground and temperature. They are trained for the task from childhood in brutal fashion, by a societal order called the Guardians. The orogenes have amazing power, but are still very much bound to the state that controls them, weaponizes them, and brutalizes them.

I remember picking up the first book in the series and being blown away by the world building of it all. Jemisin brings together dystopian elements and the deeply emotional story of the lead character, Essun, a mother trying to reunite with her daughter while running from a complicated past. I loved unlocking each new layer of the story and was drawn into the journey.

The landscape of fantasy is still overwhelmingly white. Yes, adaptations have been changing things up to add more diversity onscreen, but the authors getting these glow-ups and rising sales from popular adaptations are still overwhelmingly white. I’m glad that will be changing. We can have more than one kind of fantasy series onscreen, and I think it is often best when we embrace the fullness of the genre and its possibilities.

Can’t wait to see what happens with this series, especially because the lead role of Essun will be a fantastic one for an older Black woman—a figure who certainly needs roles in the genre.

Gigi Hadid Shares Rare Photo of Zayn Malik and Daughter Khai to Celebrate Father’s Day
M. Night Shyamalan’s New Thriller ‘Old’ Rated “PG-13” for “Strong Violence” and “Disturbing Images”
Book Riot’s Mystery Deals for June 21, 2021
How Leslie Grace went from working in her mother’s salon in the Bronx to starring in the movie of the summer, In The Heights: ‘It’s allowed us all to reclaim pride in who we are & shatter the glass ceiling!’
Ulrika Jonsson shocks Instagram fans as she poses completely naked for charity