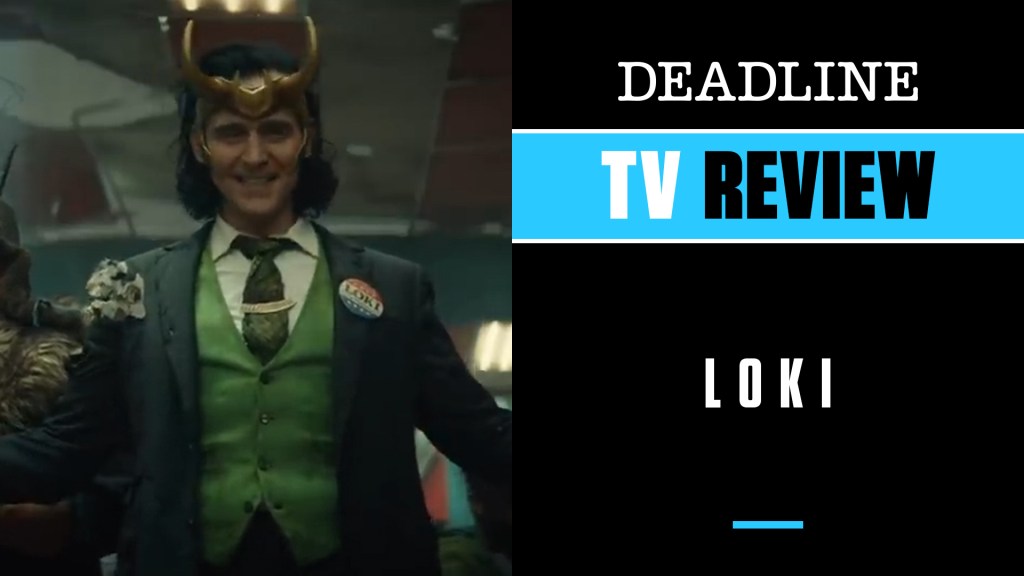 What do you get when you meld together the fan favorite God of Mischief, the actor who helped seal the Wedding Crashers deal, a Sex Education director, an Emmy winning Rick and Morty producer, a Lovecraft Country alum, a Black Mirror vet, and Marvel boss Kevin Feige?

Well, check out my video review above of Disney+’s Loki to find out.

Launching tomorrow on the House of Mouse streamer, the six-episode latest Marvel Studios small screen effort sees Tom Hiddleston back as Thor’s villainous sibling fighting to get time itself as well as his vainglorious ambitions back on track.

The Emmy nominee is joined by MCU newbies Owen Wilson, Gugu Mbatha-Raw, and Wunmi Mosaku as Time Variance Authority employees Agent Mobius, Ravonna Renslayer and Hunter B-15, respectively. Doctor Strange in the Multiverse of Madness scribe Michael Waldron is the head writer of Loki, with Kate Herron directing all the episodes. Waldron and Herron serve as EPs on the series, along with Hiddleston and Feige.

Set outside the bounds of the current MCU timestream, this Loki finds Asgard’s short lived ruler press ganged into service of the bureaucratically monikered TVA to set things back on course, literally. Acknowledging to previous storylines of the half a dozen Marvel blockbusters that featured the character, including Loki being killed off by Thanos at the beginning of Avengers: Infinity War, Loki the streaming series sets off on a potentially endless line of variants as the search is on to find out how or what is striking down TVA hunters.

No spoilers, but the result tosses in some D.B. Cooper, a Loki greatest hits from past flicks, shapeshifting, a bit of Jim Starlin, some David Fincher and a mixtape of other cinematic influences, plus a clearly MCU leaning forward performances by Mbatha-Raw. Then add the very theatrical and sparse production realities of Covid-19 production over the last year. Which translates in Loki as often having just two or three actors on screen at the same time and time and space is bending with a fair degree of joy, even under the hazard of the usual Marvel end of all things narrative.

Watch the review above for the real skinny. However, let me just say that the Disney+ result is certainly buoyed by the successful aesthetic efforts of production designer Kasra Farahani and cinematographer Autumn Durald, among others.

Devendra Banhart and Noah Georgeson Announce New Album Refuge, Share 2 Songs: Listen
Annabel Barrett, Zach Steffey, Kelton Jones and Vida Ghaffari star in Miranda Veil available everywhere on Digital, and On Demand from Lionsgate
The Devil’s Hour on Amazon: Jessica Raine and Peter Capaldi lead cast – when is it on?
Elemis, the skincare brand that beauty editors are obsessed with, has *EPIC* discounts for Amazon Prime Day
Rudy Giuliani Should Probably Finish Up That Associates Degree in Mortuary Science