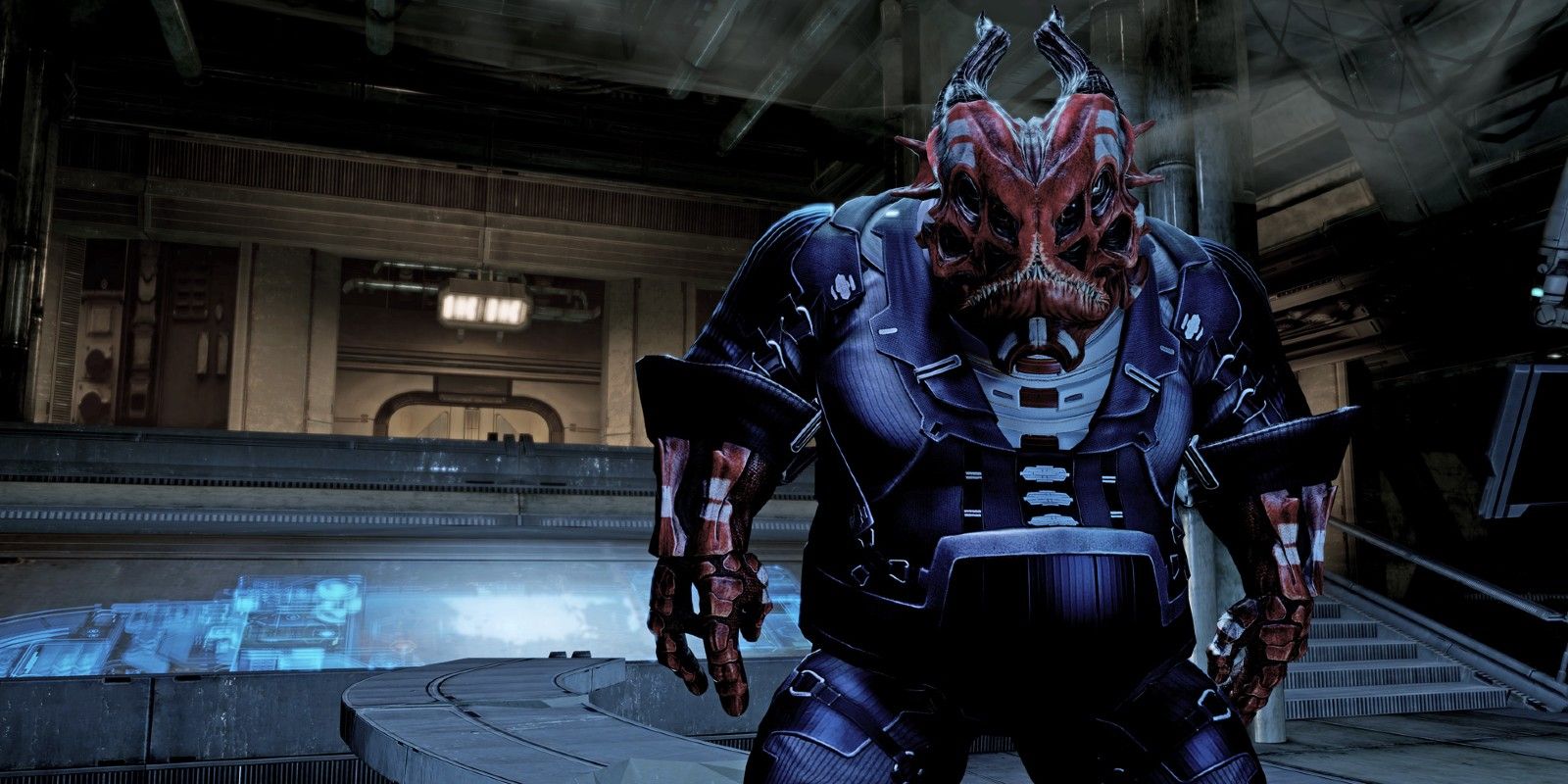 Related: How to Romance Liara T’Soni in Mass Effect

All the DLC missions for Mass Effect 2 unlock at different points in the main campaign. Shepard won’t have the chance to begin this mission until after they reach Illium, following the Horizon mission. They will need to find Liara, now working as an information broker, in an office on the Trading Floor at Illium, and catch up with her. They can also do a few favors to help her. Once players begin the DLC, they will not be able to return to the Normandy or main campaign until it has been completed. Though players can launch this mission any time once it unlocks, many fans prefer to save it until after the endgame Suicide Mission to ensure they are strong enough to face its challenges. Here’s how to start the Lair of the Shadow Broker DLC in Mass Effect 2.

To begin Mass Effect 2: Lair of the Shadow Broker, Shepard will need to wait until they complete the mission on Horizon. Following this mandatory story mission, a message appears at Shepard’s private terminal instructing them to bring Liara some Cerberus intel. To find Liara, Shepard can head to Illium, where they can also complete three more story missions: Miranda’s Loyalty mission, Thane’s recruitment mission, and Samara’s recruitment mission. Liara’s office is located on the Illium Trading Floor near Serrice Technology.

Talking to Liara unlocks two minor story assignments that illustrate her new position as an information broker: Illium: Liara: Systems Hacking, and its follow-up, Illium: Liara: The Observer. While these aren’t technically required, it is a good idea to complete them, as they reward XP, Credits, and some Renegade morality points. Illium: Liara: The Observer also leads to an extra bit of lore where Liara reveals that the Shadow Broker wanted to sell Shepard’s body to the Collectors, allowing the fight to become more personal for the Commander.

When ready to start the DLC, Shepard should use the dialogue option to affirm their intention of going after the Shadow Broker with Liara. She will leave the office to wait in her apartment. Shepard should take a taxi from the cab stand near the police station to join Liara there. After this point, a cutscene will play, and Shepard will no longer have the option to return to the Normandy or continue the main story until the main assignments in Lair of the Shadow Broker have been completed. Liara will also be a mandatory squadmate for most of the DLC.

While players can technically begin Mass Effect 2: Lair of the Shadow Broker any time they feel it fits narratively, many fans elect to wait until after surviving the suicide mission to play all DLC content. This is partially due to narrative structure and partially because the enemies in the DLC, especially Lair of the Shadow Broker, tend to be extremely difficult. It is often best to wait until Shepard and their squad reach a high level and have as many weapons and armor upgrades as needed to improve their chances of success.

Next: Mass Effect 3: How to Start the Omega DLC

Maria Meluso is a staff game guide and game review writer for Screen Rant based in the Midwestern United States. She covers everything from massive, open-world RPGs to small-scale indie horror projects. She’s the kind of person who loves instructions and manuals but who is stubborn and competitive enough to wait to consult game guides until she’s hit game over at least 15 times. When not writing, you can usually find her playing fantasy RPGs like Dragon Age and writing screenplays.