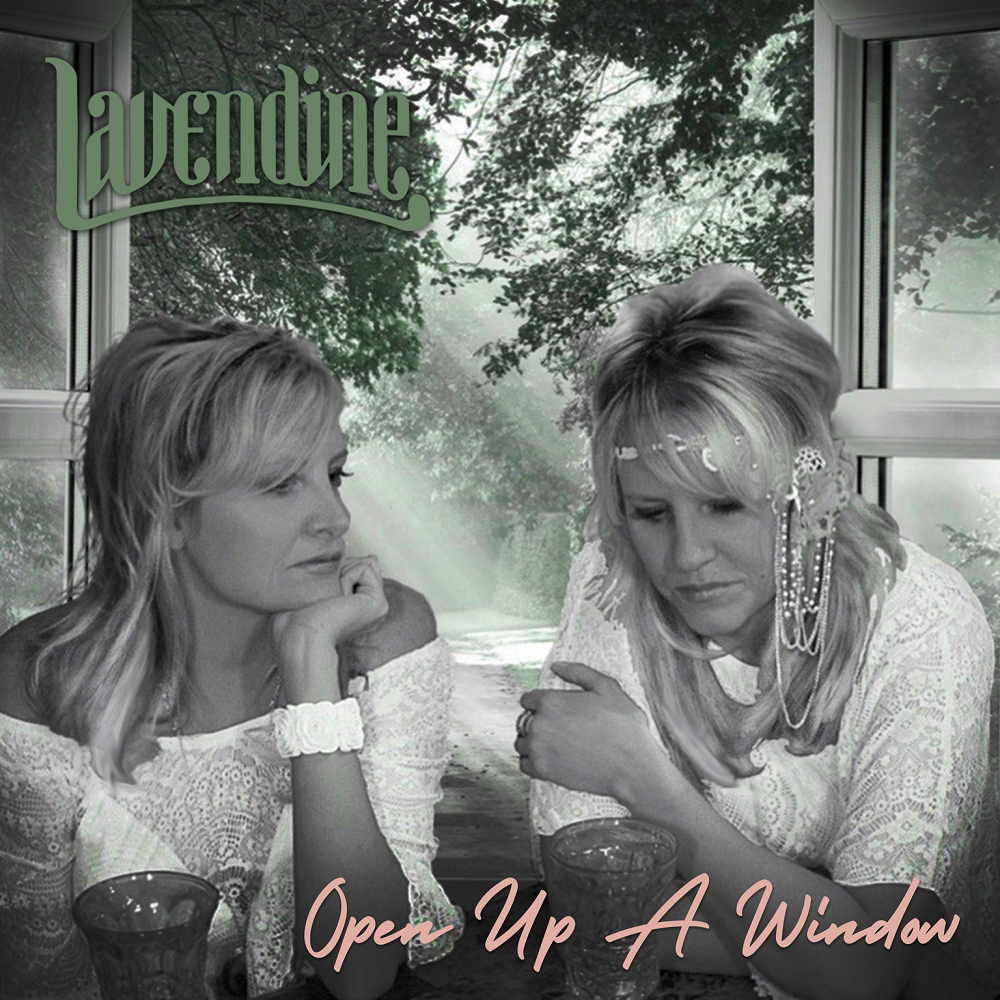 I think as a listener, intaking music without understanding full context does music a disservice. I think a lot of us just maintain this idea that music comes from the proverbial song machine, and while a lot of music can do the heavy lifting to give information its pathos and personal mythology for the artist, some songs only get richer the more you learn about them. Lavendine’s newest single “Open Up a Window” upon first listen has the kind of sound of a modern Disney animated film song. More “Tangled” than “Snow White” and its modernist sound sensibilities have taken from pop music with a slight country infusion is easy to digest and the harmonies between singers/songwriters Jacy and Jana Ayers are lovely, organic and obviously built from a place of true artistic trust.

The hook is catchy and the mixing is really solid, especially with the back half of the song and its incredibly organic sense of escalation that makes the song have a cinematic quality, devoid of awkward static tones that can be found in a lot of music of this variety. The Ayers does have a religious background that is present in some of their music, and the undertones can also be felt on this song, but there’s a real subtlety that doesn’t alienate audiences of different faith and I find that incredibly refreshing and offers the song a very empathetic lens in which to listen to it through. The lyrics which are decently straight forward exist as an empowerment anthem with lines like “I’m Flying higher than I was, Higher than I thought I’d be” and while nothing new, its the understanding of the background of this song that makes it more impactful than it already is. The Ayers have unfortunately suffered many health complications and setbacks including mutual pain and potentially fatal consequences of a root canal, and Jana having found out that a small accident that occurred as a child, gave way to a tumor that had pushed back to her brainstem. Jana currently manages chronic nerve pain and has unfortunately lost 80% of her hearing in one year.

It’s truly harrowing information that no person should ever have to endure. “Open Up a Window” because even richer when you take that knowledge into account because it transcends a good pop song with optimistic roots and the feeling that one day it’ll be some teenage girls favorite song growing up and well into her adulthood and becomes a victory lap for the sisters who utilize their struggles and pain and instead of lashing out, transform it into love and support for others. It’s astonishing that for someone with unfortunate extensive hearing loss that Jana’s pitch is incredible and deeply moving and you can feel it through the performance.

The accompanying instrumentals effortlessly building atop one another leading to a satisfying ending that’s begging to be revisited. It is a song built on the back of pain from real people, and now is an inspiring tool both entertaining and cathartic to allow any person listening to the will to continue.