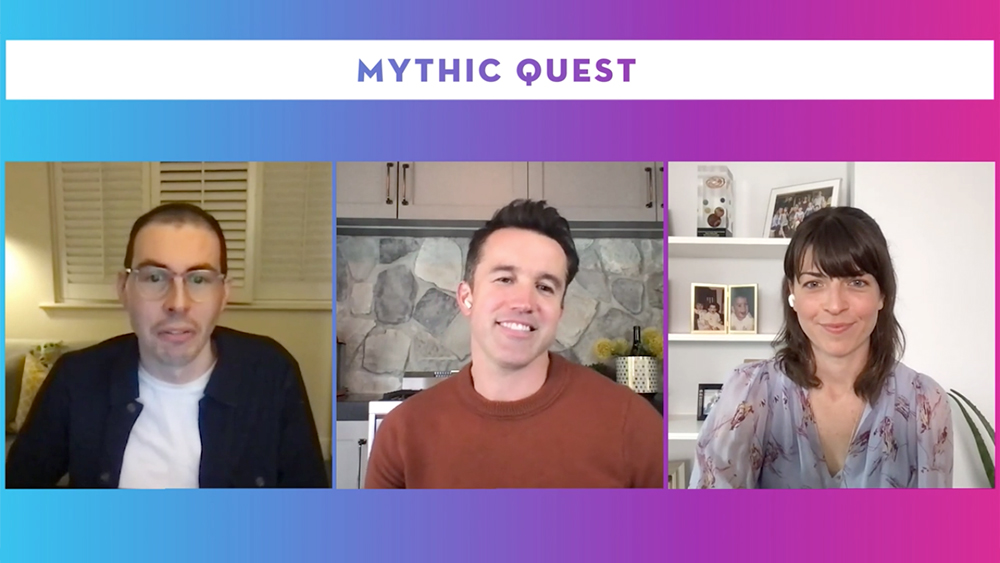 Apple TV+ comedy Mythic Quest had begun shooting its second season when coronavirus swept the globe last year. Like many productions, it spelled game over for the workplace comedy, and prompted a major rewrite from co-creators Rob McElhenney and Megan Ganz.

Speaking during Deadline’s Contenders Television awards-season event, McElhenney reflected on the pandemic-shaped “wrench in the plans” for his show about a bunch of video game developers. “We had written the entire second season and were shooting the first episode when we shut down,” he said. “We realized very quickly in the pandemic that we had to throw out all of those scripts and start over because the world had completely changed.”

So, instead of the Mythic Quest cast heading to gamer conference E3 for the Season 2 curtain-raiser, we have stand-alone episode “Everlight,” which bridges the gap between a quarantine episode last year and the full second season. Set in a post-pandemic world, it features a live-action role-play office party, complete with an actual sword fight.

The rewritten Season 2 will drop on Apple later this year, and as for a third season, McElhenney and Ganz were keeping tight-lipped after their brush with Covid. “Is there going to be a world next year for us to make a show in? I hope so. I’ll be there,” Ganz joked.

Josh Duggar: What Does His Arrest Mean for Season 12 of Counting On?
‘WKRP in Cincinnati’ Star Frank Bonner Dead at 79
Top TV Execs Reveal How They Dealt With Anxiety & Change During Pandemic & Shout Out Empowering Mentors – ATX
CBS Studios Worker Hospitalized After Huge Set Wall Falls on Him
Amanda Holden flashes nipples in elegant summer outfit on Instagram