Hello and welcome to International Insider, your weekly dose of film and TV analysis from Deadline’s Euro team. Jake Kanter here to guide you through our usual glut of headlines in the week Disney+ blasted past 100 million subs. Want to get in touch? I’m on jkanter@deadline.com. And sign up here to get this delivered every Friday. 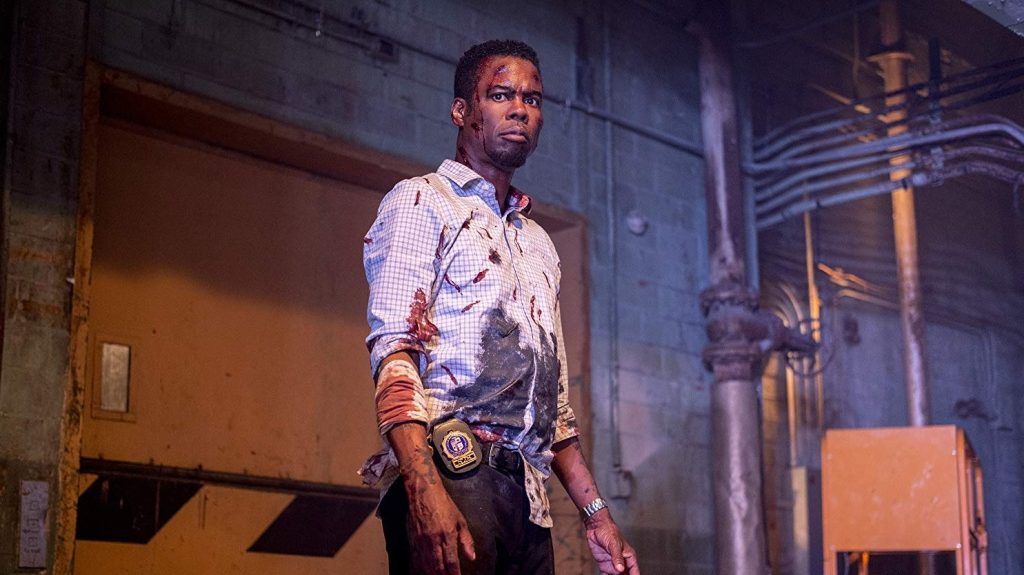 Pull up the popcorn: Rejoice! From Monday, Brits can take their seats in cinemas once again as coronavirus restrictions continue to be rolled back across England. It will be a chance for people to watch Oscar winners Nomadland and Minari on the big screen for the first time, with both films debuting in theaters on May 17. Another draw will be Lionsgate’s Spiral: From The Book Of Saw (pictured), which features Samuel L Jackson and Chris Rock as father and son cops. Saw films have grossed almost $1 billion to date.

In more good news: My colleague Nancy Tartaglione revealed on Thursday that Cineworld has reached a deal with Universal on theatrical windows going forward. The theatre chain will have an exclusive window of 31 days prior to premium video on demand, and an extended window of 45 days for films that open to an agreed box office mark. Read more.

Studio audiences return: It’s not just theaters that are reopening their doors — television studios will also allow audiences to return from next week. I spoke to four producers about their plans to put bums on seats, with telly fixtures including Have I Got News For You and The Jonathan Ross Show allowing fans to sit through records from next week, albeit at reduced capacity. There is hope that the latest unlocking will be more sustainable after the UK’s successful vaccination rollout. Some shows are planning to open at full capacity from June 21, when there should be (Indian strain-allowing) a dramatic relaxing of social distancing rules. Go deeper. 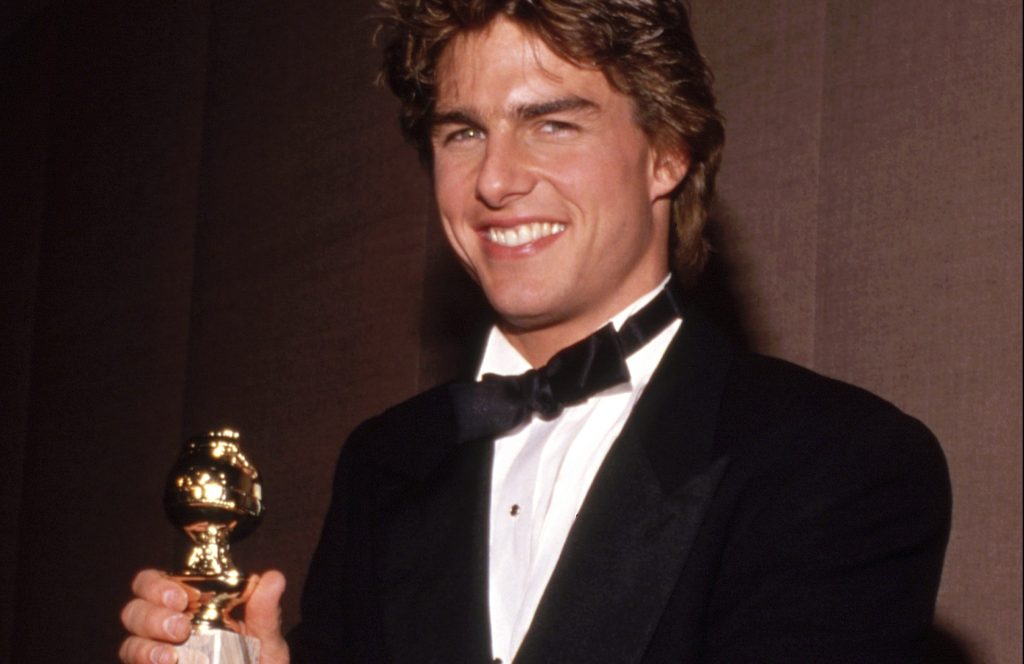 Not-so Golden Globes: It was a very bad, not good week for the Golden Globes as the bubble burst around the Hollywood Foreign Press Association’s annual gongs after its commitments to increase diversity were savaged as “window-dressing platitudes.” On Monday, NBC had seen enough, pulling the plug on the 2022 prizes, stating that the HFPA needs “time to do it right,” in reference to planned reforms. Minutes after NBC’s bombshell, our Mike Fleming dropped another whopper of a story, revealing that Tom Cruise returned his golden statues amid a chorus of outrage. Others may follow.

The background: After decades of controversy, the Globes have been on increasingly shaky footing this year after it was revealed just before February’s semi-virtual awards that the HFPA has zero Black members. Suddenly, the baffling snubs for stellar shows like Michaela Coel’s I May Destroy You seemed to make more sense. The HFPA sought to calm escalating tensions by announcing a strategic shakeup earlier this month, including growing its membership by 50% over the next two years with an eye on diversity and inclusion. The organization also plans to hire a diversity chief. But the changes were scorched by Hollywood’s elite, with the likes of Scarlett Johansson, Netflix, and Amazon lining up to dunk on the HFPA.

What next: Following the NBC stunner, the HFPA’s board issued a statement providing an expedited timetable for its reforms, condensing the originally planned 18-month shakeup to just three months because of the “extreme urgency” of the situation. You can check out the timetable here, which culminates in the week commencing August 2 with the admission of new members.

The mood among HFPA members: There are a good number of HFPA-ers who are more than a little perplexed at the firestorm that has engulfed their once prestigious event. Sam Asi, a BBC Arabic journalist who is part of the HFPA, engaged in a bit of whataboutery when interviewed by BBC colleagues on Radio 4’s Today show. He claimed it was “bizarre” that Hollywood was “suddenly shocked” by the organization’s lack of diversity. “Once the tide turned against the HFPA, everyone wanted to jump on the wagon and benefit from it. It’s a political game,” he said. 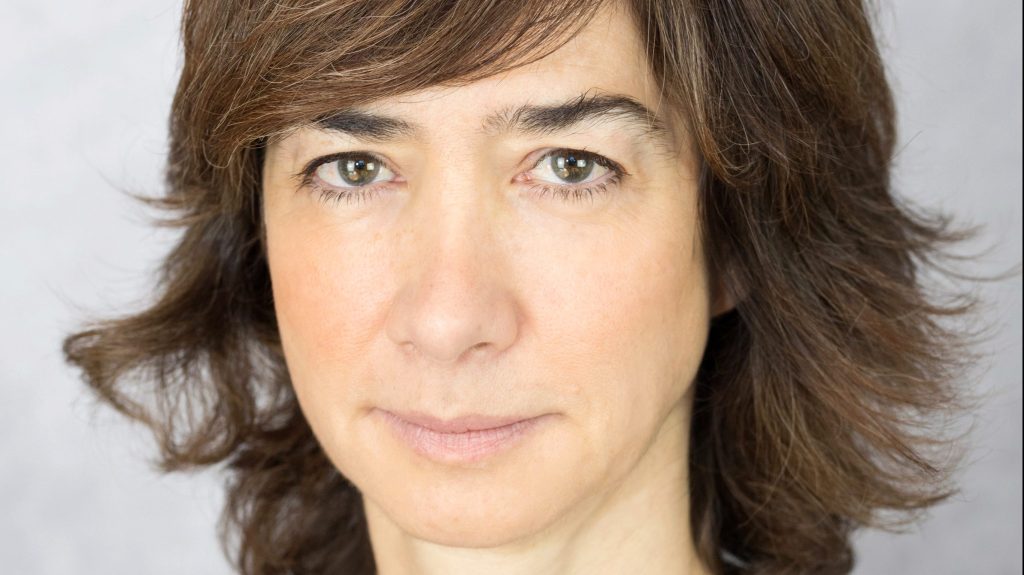 Bonjour Cécile: Welcome back to television to Cécile Frot-Coutaz, who will take on a plum job running Sky Studios in September after serving as YouTube’s EMEA chief. Replacing the retiring Gary Davey, Frot-Coutaz will oversee a production and development empire with interests in more than eight production companies, not least The Great British Bake Off producer Love Productions. Sky Studios is also currently building a studio complex, Sky Studios Elstree, which opens its 13 sound stages to the industry from next year. Full story.

Proving the doubters wrong: Frot-Coutaz is a French-born executive who was given her break in TV by former BBC director general Greg Dyke at Pearson Television, which rebranded as Fremantle in 2001. She rose to become CEO of the Got Talent and Deutschland 83 production group in 2012, a job she held for six years before joining YouTube. In short: she’s certainly got the chops to lead Sky Studios into its next chapter. Not bad for an executive who once overheard her uncle telling her mother: “She’s a woman. She’s not going to get anywhere.”

TV return on the cards: I’m told that Frot-Coutaz has been weighing up a return to traditional television for some time after she held meaningful talks to become the next CEO of BBC Studios last year. She ultimately turned the role down and BBC Studios is yet to name Tim Davie’s successor. 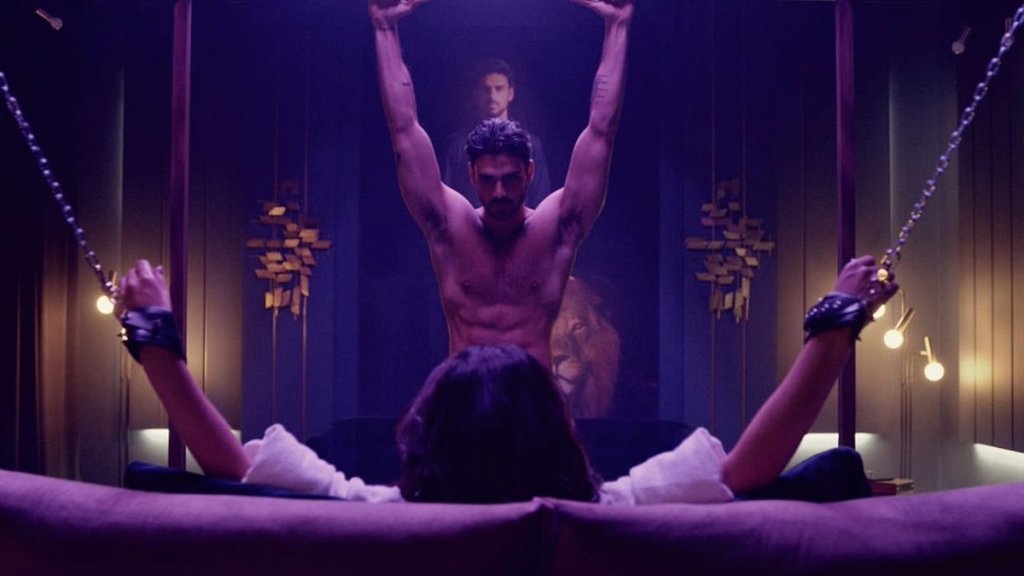 Controversial beginnings: Polish erotic drama 365 Days, based on the local book trilogy, was a surprise hit last year when it made its Netflix debut. Its steamy content drew comparisons to Fifty Shades of Grey, and it belied a spanking from critics to find fans around the world, entering the streamer’s top 10 lists in more than 90 countries. However, the movie also received a significant backlash from people who saw its story — in which a young Polish woman is imprisoned by a Sicilian gangster who gives her one year to fall in love with him — as glorifying sexual assault. The singer Duffy felt strongly enough to pen a letter to Netflix chief Reed Hastings, while a petition for its removal from the platform gained close to 100,000 signatures.

Doubling down: That backlash has not been enough to deter Netflix. As my colleague Tom Grater revealed today, the streamer is now filming two sequels back-to-back as it looks to establish its own erotic franchise. Put simply, Netflix says viewers vote with their eyeballs and the original film was so popular it was an easy decision to commission more. Crucially, the next two installments will be produced in house at the streamer (by the original producers), which means more creative oversight for Netflix and, you’d think, a softening of its themes. The story is also expected to deviate from the book sequels. Is the controversy likely to resurface further down the line? You wouldn’t bet against it.

Star factor: If you’re judging by fanbase size, there are not that many bigger actors working globally right now than Jr NTR. Telugu cinema, which comes from the south of India, is riding high after the success of the mega-grossing Baahubali films. Fans across the subcontinent have been hotly anticipating the release of the mega-budget action movie RRR, which brings together three of Telugu film’s biggest names: Baahubali director S. S. Rajamouli, actor Ram Charan, and Jr NTR. Despite the disastrous Covid situation in India right now, there is hope that things will turn around in the near future and production can begin again, with RRR almost complete and currently scheduled to release theatrically in October. This week, Tom had the rare chance for an exclusive sit-down with Jr NTR to discuss the film, his upcoming work, and his experiences over the past 12 months. Dive in here. 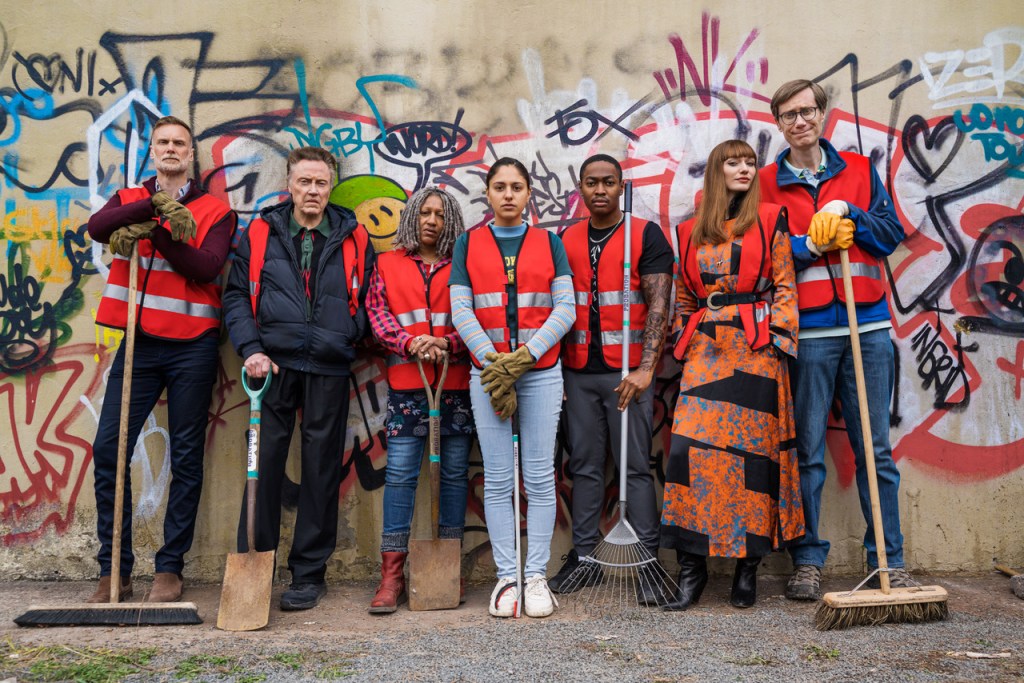 📽️  In the frame: Above is first look at the BBC and Amazon’s Stephen Merchant comedy-drama The Offenders, which centers on a group of wrongdoers carrying out their community service. Filming is ongoing on the two-season show, which stars Christopher Walken.

🌶️  Hot one of the week: James McAvoy and Sharon Horgan are to star in lockdown relationship drama Together for the BBC, which will be helmed by Emmy and BAFTA-winning director Stephen Daldry. Full story.

🍿  International box office: Miramax has finally begun sharing numbers on the Guy Ritchie-directed Wrath Of Man. The Jason Statham-starrer has a $17.6M offshore cume and $25.7M global. Nancy Tartaglione has the details.

🐻  Berlin green light: The Berlin Film Festival has confirmed that it will hold its Berlinale Summer Special (June 9-20) program as an outdoor event across 16 venues. Andreas Wiseman has more.

🚚  On the move: Tracey Josephs, the head of production at The Night Manager producer The Ink Factory, is leaving the Endeavor Content-backed company after four years. Exclusive here.

🤗 Getting the gang back together: Mark your diaries for May 27, when the long-awaited Friends: The Reunion special lands on HBO Max. The international rollout is still tbc. Teaser trailer here.

🎦  Trailer dash: Netflix’s smash hit French drama returns for the second part of Season 1 on June 11. Here’s a taste of what you can expect. We also got a first look at the film bow for BBC comedy People Just Do Nothing. It’s an exquisite show, and the trailer is full of promise. Watch it here.

📺  One to watch: Zack Snyder’s Army of the Dead comes to Netflix next Friday. Our Pete Hammond liked the film, saying that Snyder is “capable of once again having fun making this stuff, and by extension making sure we have a blast too.” Read the full review. 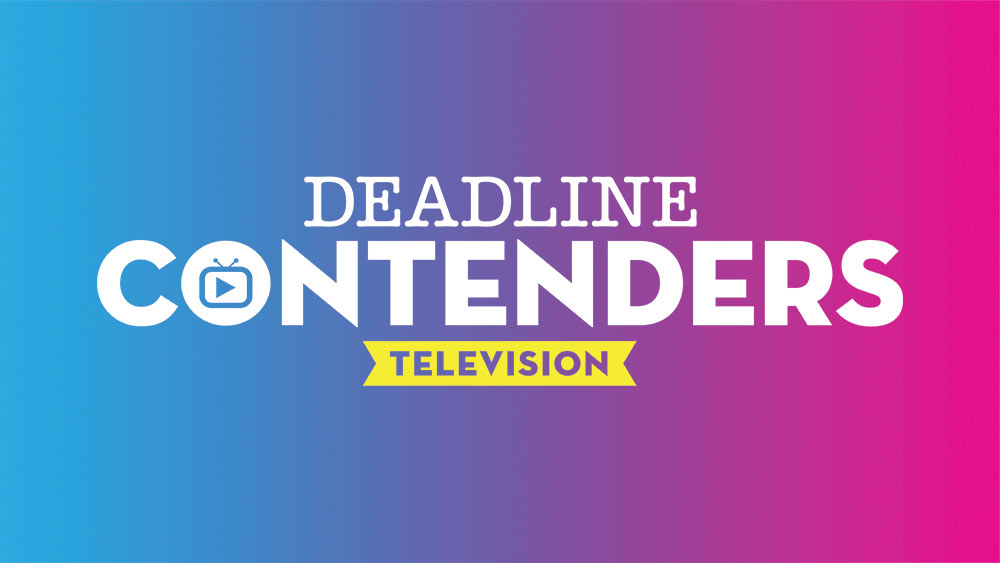 Contenders assemble: Shameless plug time, but Contenders Television takes place tomorrow and we have our usual glittering array of guests, who are all championing their wares ahead of Emmy season. Some 129 creatives and stars will appear during the all-day event, which showcases 49 different programs. Shows with an international flavor include It’s A Sin, Small Axe, and The Crown, while I personally sat down with Martin Freeman and the creative team behind Sky/FX comedy Breeders. Follow the action right here.

It’s time to transition from ‘not racist’ to being truly ‘anti-racist’ – here’s how…
HBO Max Subscribers Confused & Amused By Mysterious ‘Integration Test Email # 1’
What happened to the original Too Hot To Handle season 1 couples?
Amazon Studios Sets Inclusion Policy And Playbook For Its Content And Productions
Singer Maggie Lindemann Excited About Fueling Pop-Punk Revival