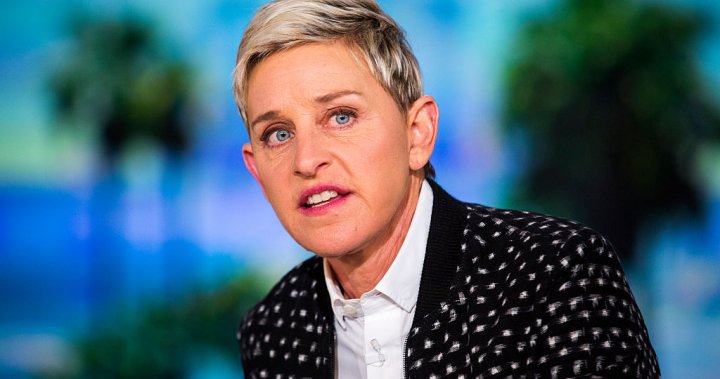 The Ellen DeGeneres Show will end after its 19th season wraps up next year, according to a new interview with the talk show host.

DeGeneres informed her staff on Tuesday of the show’s impending demise, and spoke at length about the change in a new interview with The Hollywood Reporter. She claimed that she was ending the show for creative reasons, and not because her ratings have cratered in the wake of allegations that she fostered a toxic work environment.

“When you’re a creative person, you constantly need to be challenged — and as great as this show is, and as fun as it is, it’s just not a challenge anymore,” she told the publication.

Mike Darnell, president of unscripted TV at Warner Bros., also confirmed the show’s demise in a statement to THR.

“Although all good things must come to an end, you still have to hope that truly great things never will,” he said.

DeGeneres’s departure comes less than a year after several of her past and current employees accused her of presiding over a “toxic” workplace, in which many said they faced intimidation, racism and fear behind the scenes. The news sparked fierce criticism and calls for the end of DeGeneres’ show on social media last year.

DeGeneres remained silent on the allegations for several months before eventually acknowledging them in August with the announcement that three top executive producers had been fired. She also addressed the allegations in the monologue of last September’s season premiere.

“I am so sorry to the people that were affected,” she said. “I know that I am in a position of privilege and power and with that comes responsibility and I take responsibility for what happens at my show.”

DeGeneres also pledged to make “necessary changes” and start a “new chapter” at that time, though she did not describe what that might entail.

The allegations against DeGeneres appeared to sour her audience. Her show hit an all-time low in ratings this spring, shedding more than one million viewers after her on-air apology.

In her new interview, DeGeneres complained about the impact of the allegations on her own happiness, and griped about “mean” and “bad” people.

“It was very hurtful to me,” she said. “But if I was quitting the show because of that, I wouldn’t have come back this season.”

She added that her one goal is to spread “kindness and compassion,” and said she initially did not believe the toxic workplace allegations.

“There was an internal investigation, obviously, and we learned some things but this culture we’re living is (one where) no one can make mistakes,” she said. “And I don’t want to generalize because there are some bad people out there and those people shouldn’t work again but, in general, the culture today is one where you can’t learn and grow, which is, as human beings, what we’re here to do.”

She said she was slow to address the allegations and the backlash last summer because of a break-in at her home and the loss of several pets.

“It just kept getting bigger and bigger until it was out of control,” she said of the backlash. “And I really honestly felt like, ‘I don’t deserve this. I don’t need this. I know who I am. I am a good person.’”

The Ellen Show debuted in 2003 as an upbeat daytime talk show featuring celebrity interviews, fun gags, kind gestures and dancing. It quickly catapulted DeGeneres to a new tier of fame in the wake of her self-titled sitcom, Ellen, on which she made history as the first character to come out as gay in 1997.

DeGeneres later starred as the voice of the forgetful Dory in Pixar’s Finding Nemo and the sequel, Finding Dory. She did not share her exact plans for the future with THR, though she said she would “for sure” consider acting in movies.

DeGeneres’ detractors were quick to celebrate the show’s ending on social media after the announcement.

Ellen Degeneres when people call her out for why her show is really ending. pic.twitter.com/P5rWLOc54k

dakota johnson has done more for society by ending ellen degeneres than most of your faves have in their careers and it shows
pic.twitter.com/KVslhRUfi0

Others mourned the departure of the longtime TV host.

DeGeneres plans to sit down with Oprah Winfrey on Thursday for an in-depth conversation about her departure.

She also hosts a game show, Ellen’s Game of Games, on NBC.