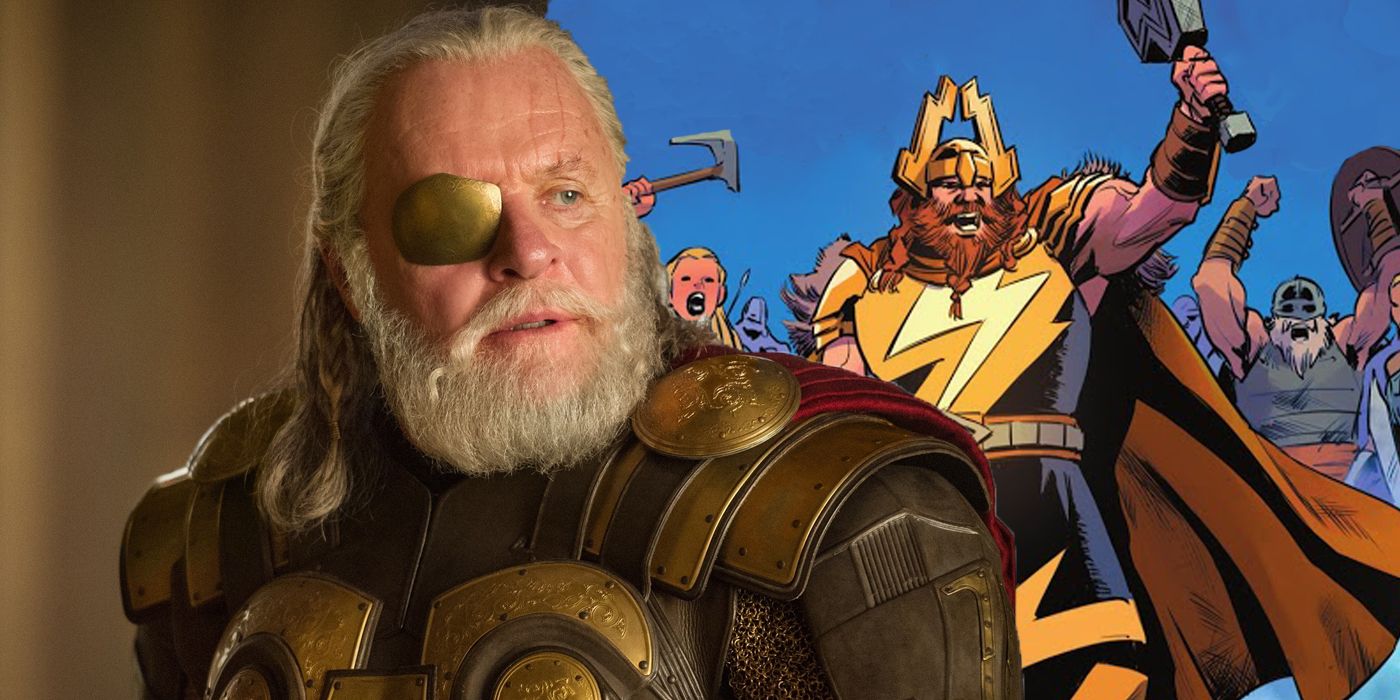 Warning! Spoilers for Wonder Woman #772 by DC Comics Below.

The DC Comics version of Thor might enjoy the endless battles of Valhalla and the taste of mead after each victory, but his father Odin isn’t impressed with his son’s actions or the man he’s become. In Wonder Woman #772, Thor achieves victory in his latest fight but is interrupted by a returning Odin, who tells his son he’s been doing everything wrong.

After the events of Infinite Frontier #0, where Wonder Woman declined the offer to join the Quintessence as an overseer of the Omniverse, she was taken to the Norse afterlife. It’s there, without her full memories, that she was forced to battle, die, celebrate, and repeat. However, after losing one of her closest allies and being warned about Ragnarok and the unknown status of the Valkyries, Diana starts to realize more is going on around her than she initially believed. In an effort to uncover the truth, she turns to DC’s version of Thor, who couldn’t be a bigger jerk, dismissing Diana’s concerns for the spoils of victory.

In Wonder Woman #772 by Becky Cloonan, Michael Conrad, Trevor Moore, Tamra Bonvillain, and Pat Brosseau, Odin returns and expresses concern about how Thor has handled his powers and responsibility. After a victorious battle, Odin arrives and calls out Thor for doing “a mighty fine job mucking things up.” He chastises Thor for using magic weapons that weren’t cleared by the council and tells him they are actually cursed. Odin is shocked at Thor’s lack of action with the Valkyries disappearing and Yggdrasil dying, saying he’s more interested in “playing with your new toys.”

Ultimately, Odin does respect Diana when she returns to the battlefield, bestowing upon her the Wonder Woman title as she fights alongside Thor against a group of Aquaman-like forces – making her remember Arthur Curry and the fact they were heroes together. After being killed in the battle, Wonder Woman is reawoken, faces off against an evil version of herself, and after getting lost, finds Odin who offers to be her guide to the Fortress Valkyrie.

Thor might have been a hero once in the DC Universe, but in this tale, the God of Thunder is more concerned about the endless battles and ensuing celebrations than figuring out what’s going wrong with the Valkyries and the dying World Tree. Odin made it clear he’s severely disappointed in him and thinks Wonder Woman is a greater hero than his buffoon son. Thor might be Valhalla’s greatest warrior, but to Odin, he’s wasting his potential due to his massive ego. Wonder Woman #772 is in stores now.

Next: Odin Just Revealed Asgard’s Most Powerful Warriors (But Not to Thor)

Liam McGuire is a comics editor for Screen Rant. He has worked for numerous publications including Cineplex Canada, MLB.com, Vice, CBR.com, and more. You can reach out to him directly at liam.m@screenrant.com

Chris Brown’s Suspect in Battery Probe, Woman Claims He Smacked Weave Off
Priyanka Chopra Jonas, Megan Rapinoe Join Victoria’s Secret as Spokeswomen
EastEnders SPOILERS: Bernie to die as she takes drastic action to lose weight?
How Leslie Grace went from working in her mother’s salon in the Bronx to starring in the movie of the summer, In The Heights: ‘It’s allowed us all to reclaim pride in who we are & shatter the glass ceiling!’
Days of Our Lives Round Table: Does Sami Love EJ or Lucas?