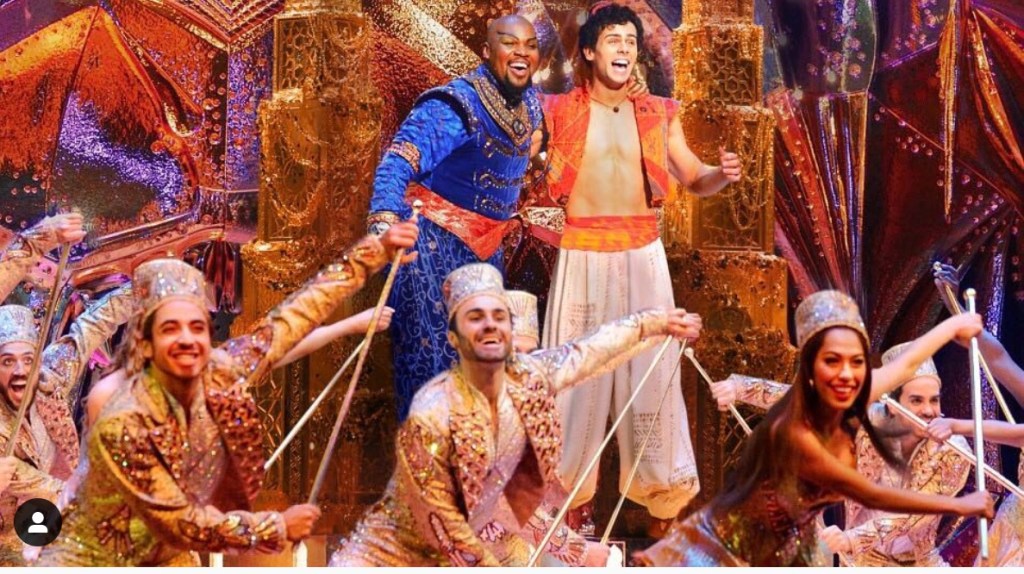 Disney Theatrical Productions’s Aladdin will reopen on Broadway at the New Amsterdam Theatre on Tuesday, September 28, producers announced. Tickets go on sale today – and the service fees are on Disney.

The latest Broadway production to announce its return since New York Gov. Andrew Cuomo gave the go-ahead for a Fall return at 100% capacity (providing prevailing Covid guidelines are met), Aladdin is Disney’s second long-running musical to announce its reopening today: The Lion King was one of three big productions – along with Hamilton and Wicked – to unveil a Sept. 14 return this morning.

In announcing the Aladdin return, Disney also disclosed some changes to its ticketing practices for the shows, including news that the company will pay 100% of Ticketmaster service and order fees. And in keeping with Broadway’s greater flexibility in exchange policies during at least the early months of reopening, Disney has announced that Lion King and Aladdin ticket-buyers can exchange or cancel tickets at no charge up to and including the day of performance.

Also, Disney has initiated a “Double the Magic” two-show ticket package allowing buyers to purchase a ticket to both shows for one price starting at $149.

Aladdin, based on the 1992 Disney animated film, features a book by Chad Beguelin, music by Alan Menken and lyrics by Howard Ashman, Tim Rice and Beguelin. The musical began Broadway previews on February 26, 2014 and opened on March 20, 2014,