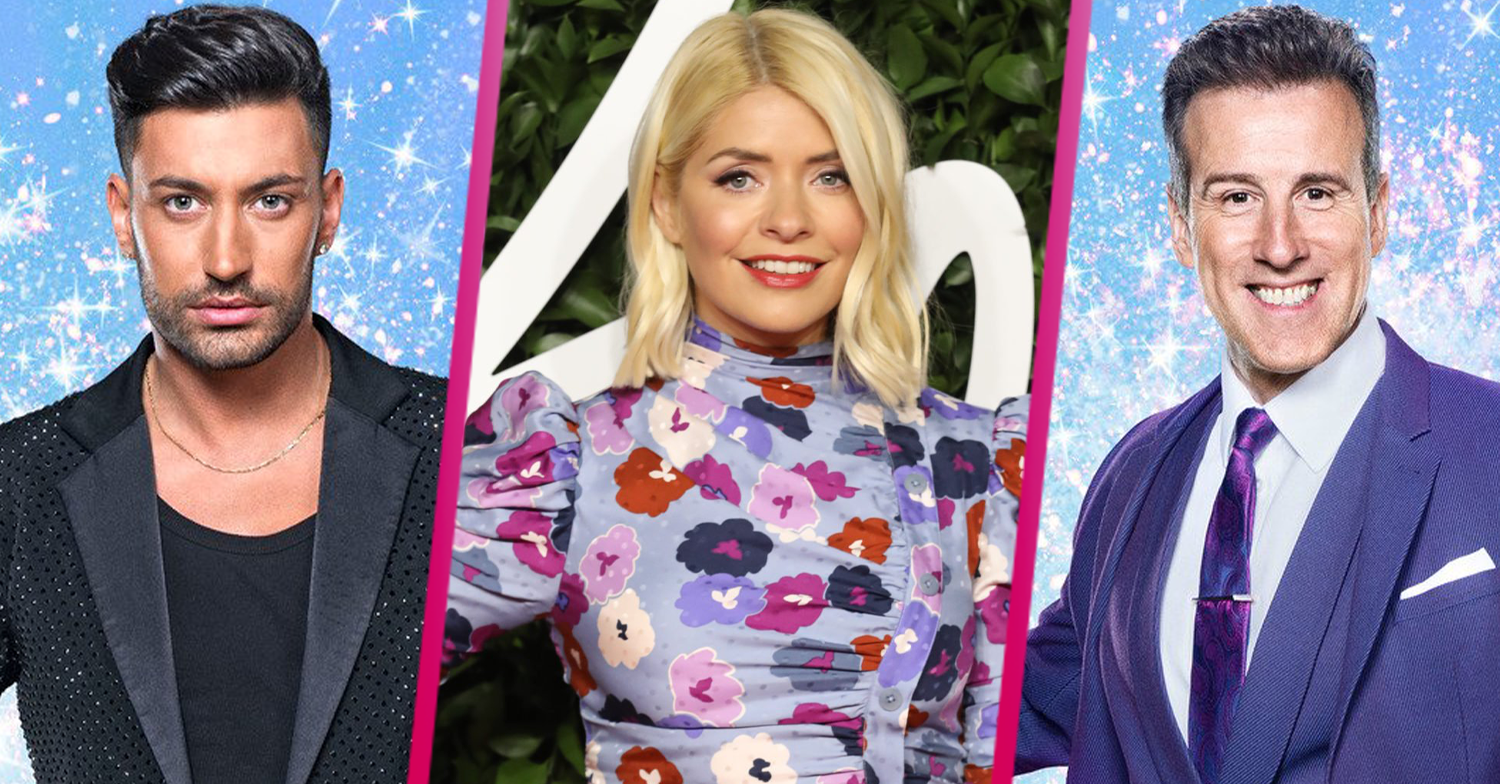 Strictly Come Dancing 2021 might be months away but that hasn’t stopped Anton du Beke and Giovanni Pernice from compiling their celebrity partner wish list.

Speaking to North West End, the pair revealed that a certain This Morning presenter would be their top pick to put on her dancing shoes for Strictly 2021.

So could we see Holly Willoughby swap Schofe and the sofa for sequins and the salsa?

Well… these two sure hope so!

What did Anton and Giovanni say about Strictly Come Dancing 2021?

The cheeky pair were chatting about their upcoming Him & Me tour when they were asked to pick “an ideal dance partner for each other”.

Giovanni quipped that he had a “good one” for Anton, before naming Great British Bake Off icon Mary Berry.

Famous for his dad jokes, Anton quipped dancing with Mary would be “the cherry on the cake”.

Holly Willoughby would ‘do amazing’

Anton then turned his attention to hunky Gio.

And, with rumours that the show will feature a male same-sex partner this year, Anton has just the star in mind.

Read more: Line of Duty star and PM’s girlfriend in running for Strictly 2021

“Who would I pick for Giovanni?? If it was a same sex partner… Luke Evans!! Or, I know who would be great… Holly Willoughby!!” he exclaimed.

I would love to dance with Holly Willoughby on the show. We would have so much fun and she would do amazing.

He revealed: “I would love to dance with Holly Willoughby on the show. We would have so much fun and she would do amazing.”

So could we see the blonde presenter – who earlier shared a picture of herself enjoying a bubble bath – jiving around the Strictly dance floor later this year?

We most certainly hope so!

Hunky Gio keen to give people ‘what they want’

Another thing we’re hoping for is more shirtless dances for Gio – especially after Anton’s revelation that Giovanni looks “tremendous” at the moment.

Asked what he’d been up to during lockdown, Gio revealed he’s been working out.

He quipped that he has to “give the people what they want”.

Would you like to see Holly on Strictly Come Dancing 2021? Tell us on our Facebook page @EnteertainmentDailyFix.

Macy Gray Says “It’s Time” For A New American Flag That Represents “All Of Us” In Juneteenth Op-Ed
Book Riot’s Mystery Deals for June 21, 2021
Kelly Dodd to Golnesa Gharachedaghi: Stop Trashing Me… Or I’ll Sue!
Robin Thede Bluntly Wants Hollywood To Know Equity Is The Key, Execs Need To Do A Lot More Than Check The Diversity Box – ATX
Netflix & Amazon Face Regulation In Britain Under Plans Being Readied By Boris Johnson’s Government