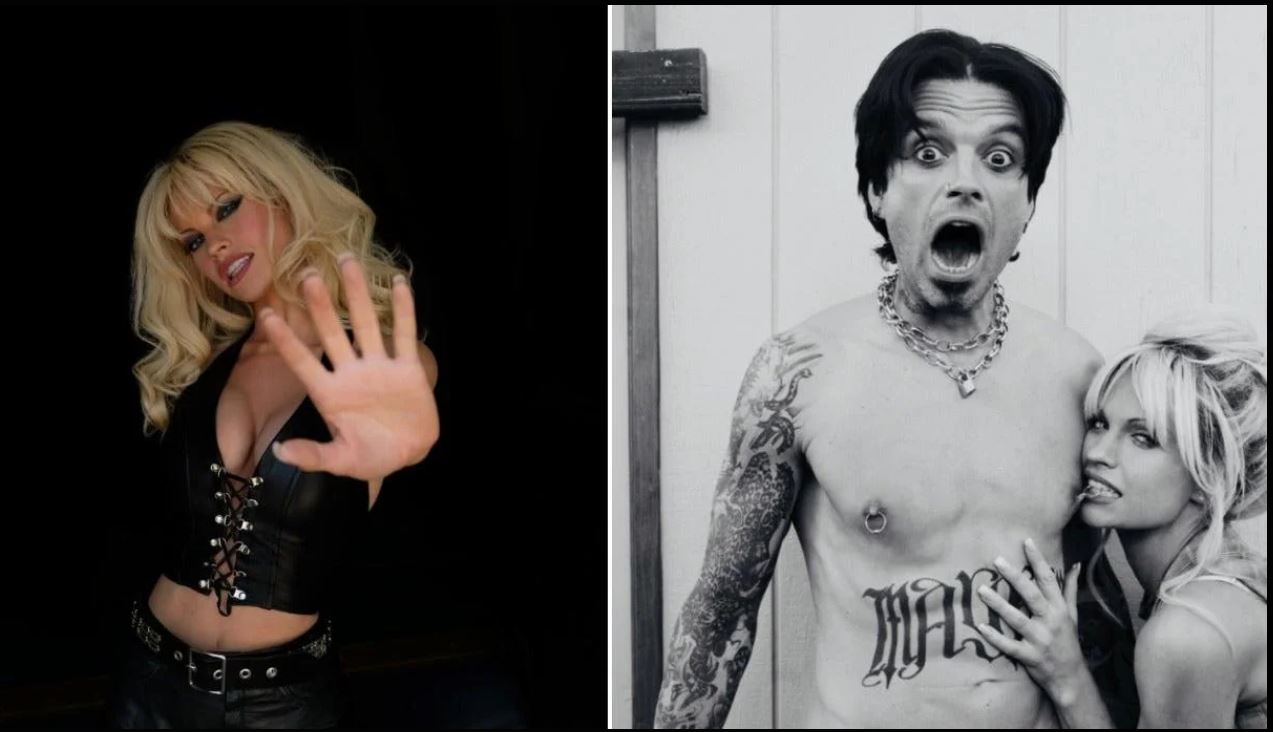 Few couples in the 90s were bigger than Pamela Anderson and Tommy Lee. The tumultuous couple was a frequent fixture in the tabloids, and are often credited as the creators of the celebrity sex tape. Their volatile relationship was quickly beset by addiction and jealousy, with Lee serving six months in jail for spousal abuse. As prestige television continues to excavate 90s pop culture, it was only a matter of time before Pamela and Tommy’s marriage earned its own limited series.

Here’s a peek at Pam & Tommy, coming to @Hulu. Based on the true scandal that started it all, featuring Lily James, Sebastian Stan and @SethRogen… ready to rewind? #PamAndTommy pic.twitter.com/4ctdKYEm9F

Enter Hulu’s Pam and Tommy, a comedic series that tells the true story behind the release of that infamous sex tape, aka the first ever viral video in history. Directed by Craig Gillespie (I, Tonya), the series stars Sebastian Stan (the Winter Soldier himself) as Tommy Lee and Lily James (Cinderella, Mamma Mia! Here We Go Again) as Pamela Anderson. The first images from the series have been released, shocking fans everywhere with the complete transformation of Stan and James into Lee and Anderson:

My co-stars, Sebastian and Lily, are a lot cooler than I am. #PamandTommy pic.twitter.com/r8YWh1eBuJ

There’s no release date yet for the series yet, but we’ll keep you posted.

This afternoon was a difficult one for our family. We said goodbye to our best friend—Bo—after a battle with cancer. We are grateful for the love you showed him over the years. Please hug the furry members of your family a little closer tonight—and give them a belly rub from us. pic.twitter.com/zOk3SPABsT