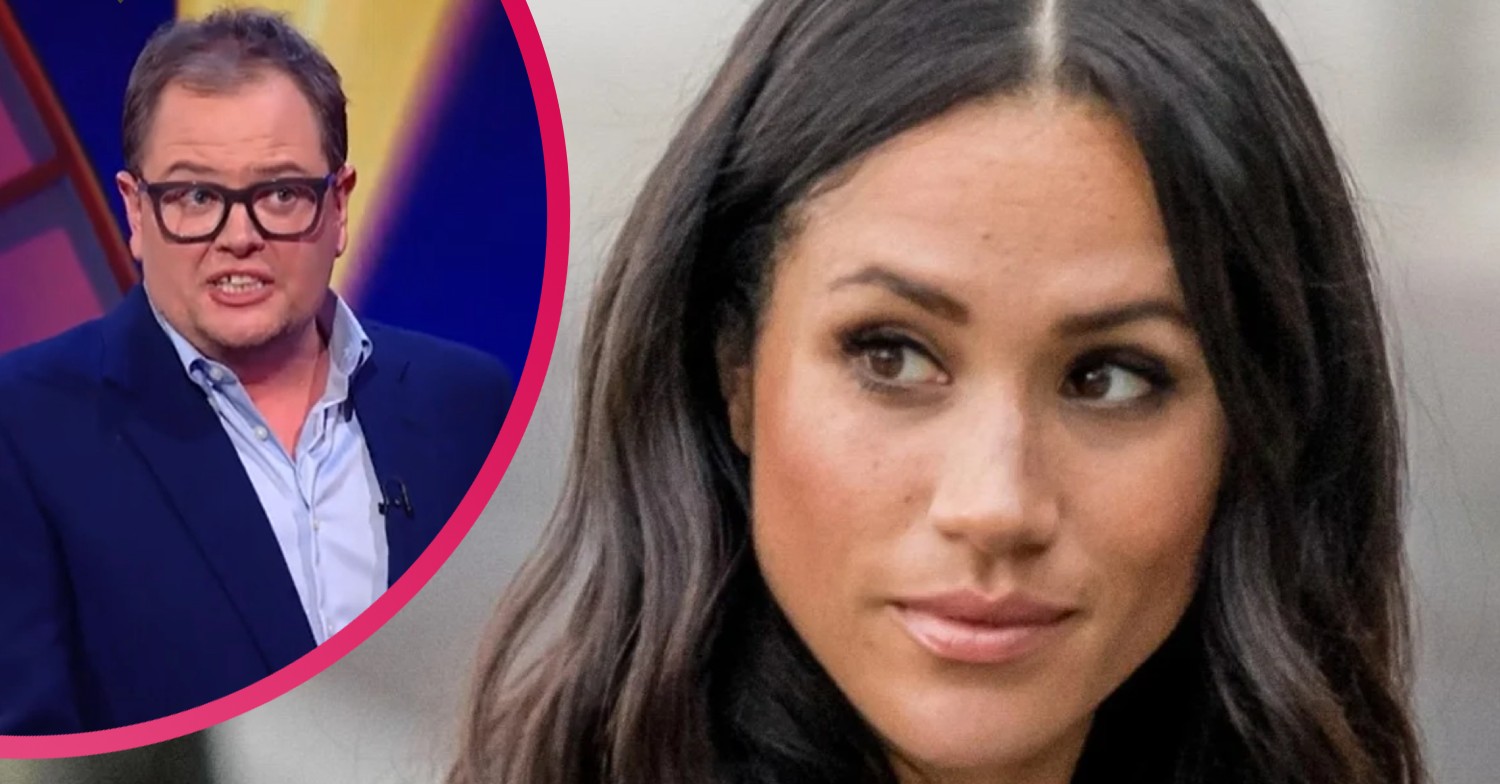 Meghan Markle is making news headlines today (May 9) thanks to a certain Alan Carr.

The comic divided viewers as he took a cheeky swipe at the Duchess of Sussex during Saturday night’s episode of Epic Gameshow.

Many were in hysterics at the joke – but not everyone was amused by Alan’s remarks.

In fact, some admitted to being “annoyed” rather than entertained.

How did the swipe at Meghan Markle come about?

Alan’s quip about the duchess came as he introduced the contestants for the ITV Bullseye special.

Football pundit Kammy’s partner was Fallon Sherlock – and Alan couldn’t resist when he discovered her nickname.

He immediately pivoted to take a swipe at Meghan and seemed very tickled by his own wit.

How did Alan Carr come to mention Meghan?

Alan said to Fallon: “So you were the first female darts player to win a match at the World Championship.

“As a pro you must have a nickname, what is your nickname?”

She replied: “Queen of the Palace.”

Meghan Markle news: So what did Alan Carr say?

He replied: “I think that’s the nickname Meghan had her heart set on. And look how that turned out.”

The studio audience laughed at Alan’s wisecrack – but not everyone at home was as entertained. Some observers on social media felt the line was “snide”.

And a Facebook user seethed: “Bit harsh. Why bring Meghan into it?”

However, other people couldn’t see what the fuss was about and believed Alan was spot on.

And someone else insisted: “Leave Alan Carr alone.

“His comment was neither risky nor snide. It was just British humour so get over it. If you people don’t like our humour too bad. We know how to laugh at ourselves.”