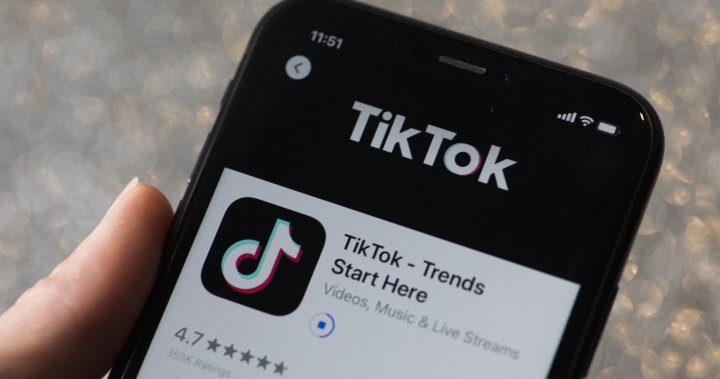 When I first heard of TikTok a couple of years ago, I didn’t really pay too much attention. It sounded like another silly social media app with grandiose dreams of occupying space next to Facebook, Instagram, Snapchat, and Twitter.

Something that existed on quick servings of video featuring goofy dance moves, memes, and lip-syncing to songs hardly seemed like something that had any legs. It looked like just another social media app experiment that would end up on the heap with Vine, Meerkat, Periscope, and so many others.

Commentary:
Alan Cross has an open letter for musicians who send him their music demos

But things iterated quickly and now TikTok has an estimated 820 million regular users, surviving an extinction threat by Donald Trump. What’s more, is that the platform — the first global social media juggernaut to emerge from China — is now having a very significant impact on the direction of recorded music.

In the beginning, TikTok was called Douyin, a video-sharing social network created in 2016 by ByteDance, which is based in Beijing, with all its legal and financial matters funnelled through the Cayman Islands. Originally called A.me, Douyin began expanding overseas, adopting the international name, TikTok. But it needed to bulk up, which is why the company started looking at a Shanghai startup that had grown incredibly quickly in just three years.

Musical.ly was co-founded by Alex Zhu, a hard-to-pin-down software entrepreneur, who had an incredible understanding of teenagers. After failing with an education app that he hoped would allow people to teach each other things with short videos, he noticed a group of teenagers giggling over what they were doing with their phones. Half the time, he observed, they were listening to music. The other half, they were taking videos and posting selfies. What if those two activities could be combined in a super-shareable way? And so Musical.ly was born just 30 days later, launching in July 2014.

At first, Silicon Valley and venture capitalists were unimpressed with what appeared to be a karaoke app for kids. Given the dominance of Facebook and Twitter and the growing popularity of Snapchat, there didn’t appear to be any room left in the social media ecosystem. Besides, everyone knew that the next video-sharing app was Vine, which had been acquired by Twitter.

But as Musical.ly user numbers climbed — mostly among pre-teens and teens — Zhu conducted some stealth research, forming dozens of fake accounts just for the purpose of seeing how Musical.ly fans interacted and why they posted what they did. When he found someone who was doing particularly well on the platform, he’d arrange in-person visits with them, even taking users and their families out to dinner so he could learn more.

But Musical.ly didn’t stop there. The most successful posters were invited in to speak with the TikTok team, who then gave them tips for becoming even bigger on the platform. The feedback worked and those teen influencers — known only to other teams — became massive TikTok stars. Some managed to get three million likes in an hour. Celebrities, from Katy Perry to Lady Gaga to Jason Derulo, started to notice and began joining up. The snowball got bigger and bigger.

The app also got better at learning what an individual user might want to see, stealthily choosing just the right videos for each person in such a way that everything seemed extremely personalized.

ByteDance was watching carefully and when Musical.ly reached 200 million users in mid-2017, it was ready with a US$1-billion offer. The deal closed in November of that year, with Muiscal.ly being absorbed entirely into TikTok. (Facebook thought about buying the company but a deal couldn’t be reached, partly because they were wary of dealing with a Chinese company. Facebook is blocked in China.)

While things were slow to catch on in China, it was a hit among American teenagers. TikTok allowed anyone to cheaply make their own creative short-form videos using nothing more than their phones, complete with effects and a soundtrack. Deals were made with the music industry whereby TikTok paid royalties on the music clips used on the app.

TikTok worked better than anything else out there. Within months, the app was one of the most downloaded apps anywhere.

Then came Donald Trump. He was annoyed that a Chinese-based company was having such an influence on young Americans and spent time in 2020 threatening to ban the app in the U.S. After several months of bluster and court filings, the storm passed. The net effect was to increase awareness of TikTok beyond tweens and teens.

Growth was explosive. A recent survey of 1,000 users found the following:

Powerful stuff, right? Especially if you’re in the recorded music industry. Youth drives music culture, so where better to find out what the kids are listening to than TikTok? The industry may not entirely understand TikTok, but it does know they can no longer ignore it.

Much of the company’s growth strategy focuses on creators, certainly more than any other social media platform. TikTok exerts tremendous control over who gets famous and who doesn’t. And unlike Vine under Twitter, these users get paid.

The company is very, very involved in both nurturing and promoting artists with its department of Music Partnerships, which is dedicated to discovering emerging artists, and navigating them through the platform with tips and tricks to improve their reach and popularity. Hashtags promoting videos are often generated by the company itself, often in collaboration with an advertiser. The users with the most views will even be assigned an individual manager to shepherd that user to even greater popularity. This engenders loyalty to the platform. The net result has been a drain of users from other social media apps.

And it works. Some TikTok stars — people the mainstream has never heard of — have made US$5 million in 12 months. Even a moderately popular star can pull in US$20,000 a month. And these are teenagers. There are even mansions like The Hype House, a US$9-million pile in the Hollywood Hills where multiple TikTok creators, all aged between 17 and 22, each with millions of followers, live and make videos together. They’re content factories. And they’re all making seven figures a year.

So, that idea that TikTok stars emerge organically and stars are chosen by the people? A total myth.

To date, about 70 have landed record deals as a direct result of their TikTok stardom. Others, such as Dua Lipa and Doja Cat, have seen their fortunes explode with TikTok. And when people like Jimmy Fallon started making TikTok videos, you knew that something special was happening. Established mainstream artists are now testing potential singles with the TikTok universe before making a decision on what to release. Ask Megan Thee Stallion about how she managed to take Savage to number one. There’s even a new terrestrial radio station based on TikTok content.

At the moment, TikTok seems not just an important place for music but an unstoppable force. And with a near bottomless budget for advertising, the app has become China’s first successful demonstration of soft power on a global level. Where will that lead? We’ll see.

If you want to know more, I highly recommend listening to The Foundering podcast from Bloomberg, especially the third episode. Are you paying attention, Instagram/Facebook/Snapchat?

Pleasure and Revenge in the Theatre of Blood (1973)
These chic sunglasses chains will make your summer a little less stressful (no more smashed sunnies at the bottom of your bag!)
Paul Walker’s Toyota Supra Car He Drove in ‘F&F’ Sells for $550k
Angelina Jolie’s Daughter Zahara, 16, & Son Pax, 17, Look So Tall On LA Dinner Date With Mom
Rescuing The Princess Bride: Can the Emmys Save This Lost Tribute Film?