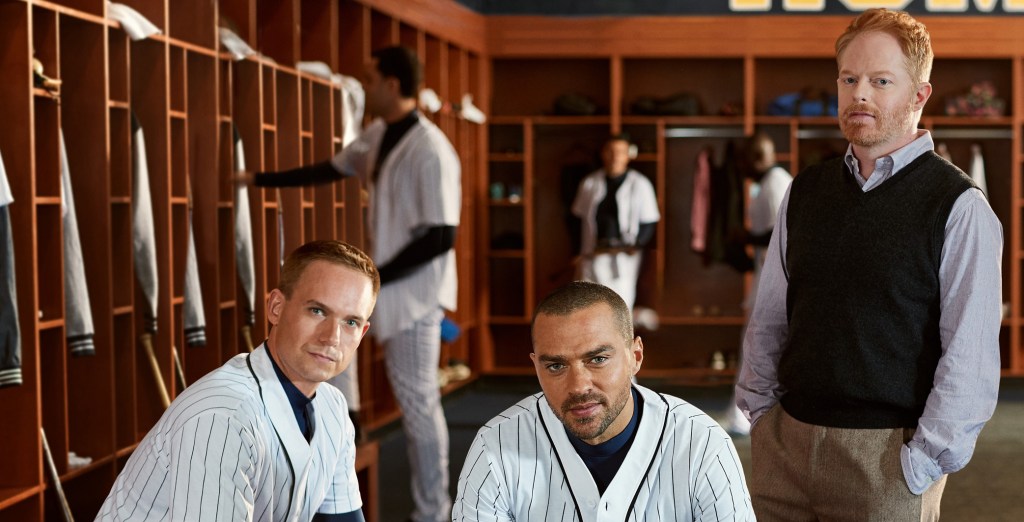 Second Stage Theater has confirmed the post-shutdown Broadway productions of Lynn Nottage’s Clyde’s, Richard Greenberg’s Take Me Out and Stephen Adly Guirgis’ Between Riverside and Crazy, with the earliest – Clyde’s – set to begin performances this Fall.

Take Me Out, the all-star Covid-delayed revival directed by Scott Ellis and starring Patrick J. Adams, Jesse Tyler Ferguson and Jesse Williams, will begin performances in Spring 2022, a year later than initially planned. Casting was not confirmed, but Second Stage’s website still lists the cast as originally announced.

Between Riverside and Crazy, directed by Austin Pendleton, is planned for Fall 2022. All Broadway productions of the nonprofit Second Stage will take place at the company’s Helen Hayes Theater.

Second Stage also confirmed two upcoming productions at its Off Broadway Kiser Theater, including the previously announced Letters of Suresh by Rajiv Joseph, directed by May Adrales (Fall 2021) as well as JC Lee’s To My Girls, directed by Stephen Brackett (Spring 2022). Both productions are world premieres.

Specific dates and cast information will be announced later.

Today’s announcement from Second Stage follows this week’s news from New York Gov. Andrew Cuomo that Broadway could reopen on Sept. 14 to 100% capacity houses, likely on the condition that venues require proof of Covid vaccination or negative test results. Exact protocols, which could include mask-wearing, will be firmed up closer to reopening.

“When I thought about what our reopening should look like, I realized I wanted and needed our audiences to feel joy and hope walking into our theaters once again,” said Second Stage President & Artistic Director Carole Rothman in a statement. “Healing, second chances, mindfulness, community and connection are all at the backbone of the stories we want to share. Richard Greenberg , Stephen Adly Guirgis, Rajiv Joseph, JC Lee, Lynn Nottage, living American playwrights, those are the voices that will help us restart and navigate these conversations. These writers have created funny and engaging pieces so perfectly poised for this moment. It will be an emotional and long-awaited homecoming for us all – audiences, artists and staff.”

Executive Director Khady Kamara said Second Stage has “revised and improved safety precautions” for all of its facilities during the shutdown. “We are closely following guidelines established by the CDC and New York State to ensure that the experience in the theaters, on stage and backstage meets those standards,” Kamara said.

The Second Stage reopening is the fourth such announcement this week –The Phantom of the Opera, Six and Chicago also have set return plans.

Also today, Second Stage announced the addition of a new $140 subscription plan available to ticket buyers age 30 and under.

Details about each production, provided by Second Stage, are as follows:

In Clyde’s, a stirring new play from two-time Pulitzer Prize winner Lynn Nottage and her frequent collaborator, director Kate Whoriskey (Ruined, Sweat), a truck stop sandwich shop offers its formerly incarcerated kitchen staff a shot at redemption. Even as the shop’s callous owner tries to keep them under her thumb, the staff members are given purpose and permission to dream by their shared quest to create the perfect sandwich. The full creative team includes scenic design by Takeshi Kata, costume design by Jennifer Moeller, lighting design by Christopher Akerlind, sound design by Justin Ellington, original compositions by Justin Hicks.

In the Tony Award-winning Take Me Out, playwright Richard Greenberg celebrates the personal and professional intricacies of America’s favorite pastime. When Darren Lemming, the star center fielder for the Empires, comes out of the closet, the reception off the field reveals a barrage of long-held unspoken prejudices. Facing some hostile teammates and fraught friendships, Darren is forced to contend with the challenges of being a gay person of color within the confines of a classic American institution. As the Empires struggle to rally toward a championship season, the players and their fans begin to question tradition, their loyalties, and the price of victory. The full creative team includes scenic design by David Rockwell, costume design by Linda Cho, lighting design by Kenneth Posner, sound design by Mikaal Suiliman.

City Hall is demanding more than his signature, the landlord wants him out, the liquor store is closed – and the Church won’t leave him alone. For ex-cop and recent widower Walter “Pops” Washington and his recently paroled son Junior, the struggle to hold on to one of the last great rent stabilized apartments on Riverside Drive collides with old wounds, sketchy new houseguests and a final ultimatum in this Pulitzer Prize-winning dark comedy from Stephen Adly Guirgis. For Pops and Junior, it seems the Old Days are dead and gone – after a lifetime living Between Riverside and Crazy.

In Letters of Suresh, playwright Rajiv Joseph reveals intimate mysteries through a series of letters between strangers, friends, daughters, and lovers — many with little in common but a hunger for human connection. ​Sending their hopes and dreams across oceans and years, they seek peace in one another while dreaming of a city once consumed by the scourge of war. ​A companion piece to Joseph’s play Animals Out of Paper, Letters of Suresh includes scenic design by Mikiko Suzuki; costume design by Amy Clark; lighting design by Jiyoun Chang; sound design by Charles Coes & Nathan Roberts; projection design by Shawn Duan.

Is there anything more fabulous than Palm Springs after the end of the world? For one tight group of gay men, a post-pandemic getaway is the perfect chance to reunite, reclaim their time and replace the gloom with some gossip. But as soon as the drinks start pouring, truths start spilling and this chosen family quickly realizes the world has changed. So, here’s to navigating evolving friendships and getting things straight…kind of.