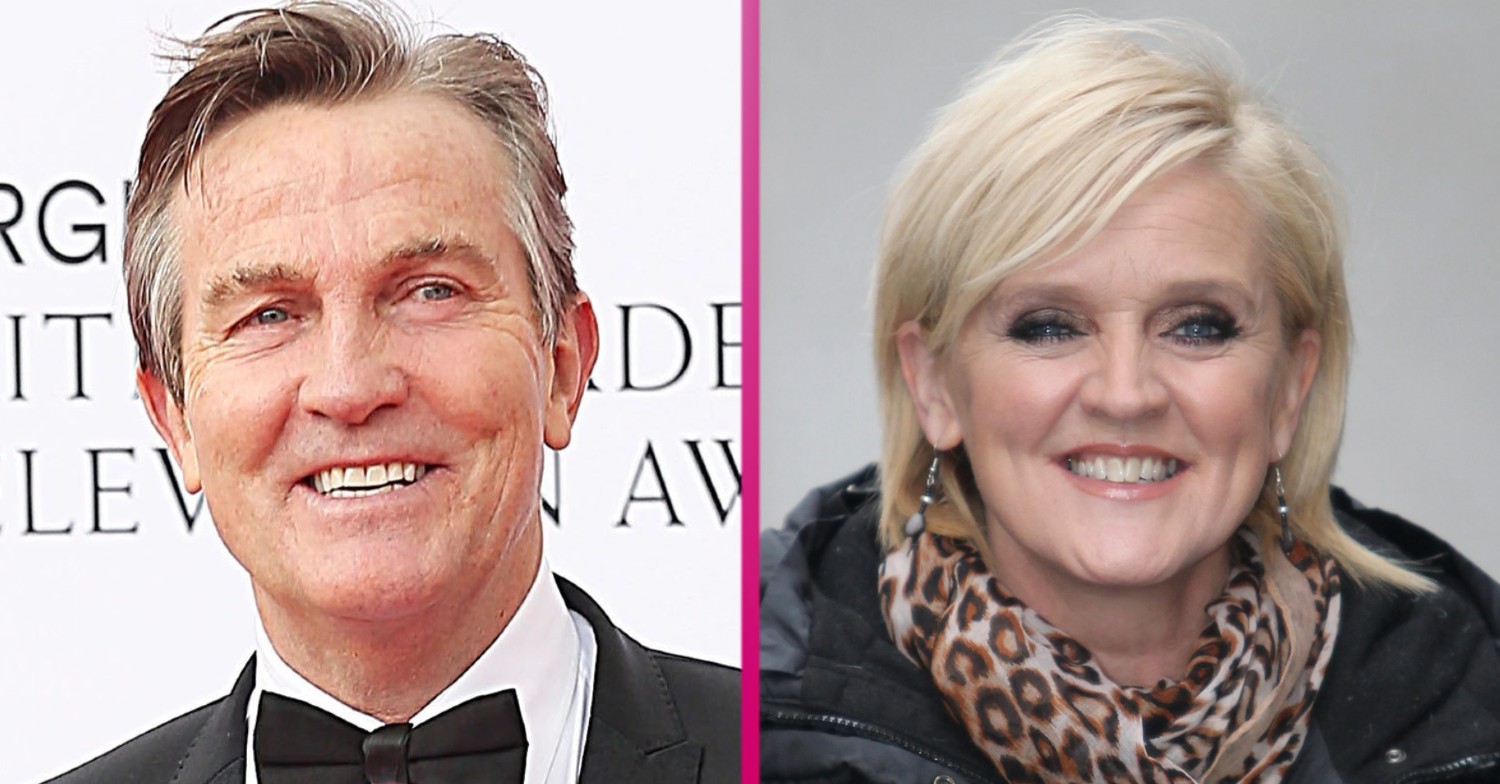 Bradley Walsh and Bernie Nolan embarked on a romance back in 1989 – but why did the former couple break up?

The pair were first introduced by Bernie’s younger sister Coleen, before going on to date for three years.

However, their relationship ended in total heartbreak. Here’s what happened…

When did Bradley Walsh and Bernie Nolan start dating?

At the time of their meeting, Loose Women star Coleen was with her then partner Shane Richie.

And it didn’t take long for Bradley and Bernie to hit it off.

Speaking to The Mirror in 2011, Bernie said: “Shane Richie and Coleen introduced me to Bradley in 1989. They took me to see him in a show. Afterwards we chatted for the first time.

“It was a bit embarrassing because I already knew he fancied me, but it was awkward in a nice way.”

Furthermore, she recalled: “From that evening we were together. We never argued, we went for picnics in the Lake District and everything about our relationship seemed great when it was just the two of us.”

Why did Bradley and Bernie break up?

Bernie later discovered Bradley had been unfaithful on more than one occasion.

The late singer confronted the star, who was “full of remorse and apologies”.

She explained: “What could I do? I loved him, too. So we got back together.”

Read more: Bradley Walsh: What is Beat The Chasers host worth?

However, things only got worse for the couple as Bradley started seeing someone else behind her back.

A friend told Bernie she had seen Bradley with another woman at dinner.

The news devastated the star, who had even picked out wedding dresses with her mum.

In addition, Bernie shared: “I’d tried to trust him again and again, but each time I’d been made to look like a fool.

“I was due to visit Bradley that weekend, but I called him straightaway.”

She added: “When I think about it now, I feel I had a lucky escape. A while later he wrote me a letter saying he hoped we could still be mates. I wrote him one back saying, ‘I didn’t want to be your mate. I wanted to be your wife.’”

Who did Bradley and Bernie go on to date?

She sadly passed away in 2013 after a three-year battle with breast cancer.

As for Bradley, the presenter is happily married to wife Donna.

The couple wed in 1997 and are still happily in love today.

Over the years, Bradley has opened up about how much his wife means to him.

He previously told the Express: “I wouldn’t swap my missus for the world. Donna isn’t just beautiful, she’s the most fantastic wife and mother.”

Read more: When did Bernie Nolan die? What did she die of?

Furthermore, The Chase host credits Donna for pushing him to take one of his career-defining roles.

Bradley explained: “It’s because of her I signed with Coronation Street. She’s the one who recognised what it could do for me even though it would mean being apart.”

Bradley and Donna share son Barney, while the presenter also has a daughter, Hayley, with ex-partner Debby Parker.

Oprah Winfrey Reveals the One “Big Mistake” From a Celebrity Interview That Still Makes Her “Cringe”
17 best anniversary gifts for him that you might not have thought of, but he’s sure to adore
Book Riot’s Deals of the Day for May 12, 2021
You’ll Never Want To Change Out Of This $28 Jumpsuit Similar To Jessica Alba’s This Summer
The Sad TV Detective Power Rankings