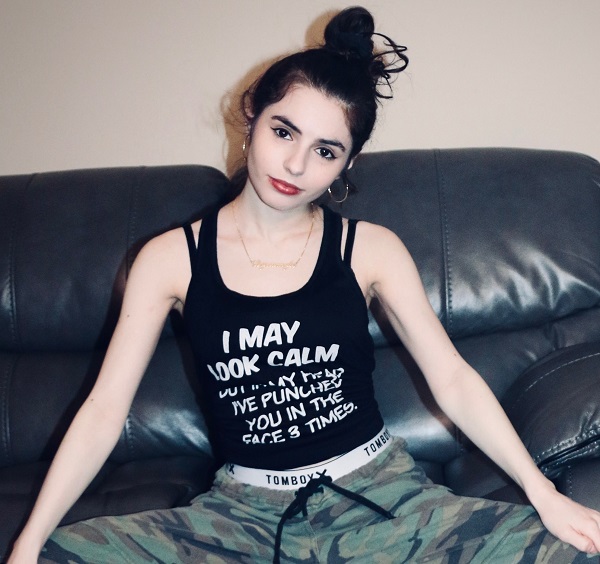 Boston-born, Los Angeles-living pop-fusion star Dynamyte is not afraid to tell you that she doesn’t like you. In fact, this concept serves as the entire basis behind her latest single, the aptly titled “I Don’t Like You.” This unabashed attitude comes with the territory of being from Boston and is certainly a good one to take with you to LA, and making it the core thesis for a new single is maybe the easiest decision this far along in Dynamyte’s young career.

Dynamyte might appear as a new artist to most, but she’s only a novice in a name — setting out as a solo artist after spending a good chunk of her life playing music with her brother in dynamic pop duo Michael & Marisa, she found herself successful enough to maintain opening status for icons including Ariana Grande and Christina Perri, as well as David Archuleta and Mitchell Musso. The foundation of pop stardom had been set, so, of course, Dynamyte did the expected: went to Brown University to major in sociology. Perfect sense, right? It… makes more sense than you might think.

“You were the mess that I thought I could fix / I loved the power way more than your kiss / I gave you all I could / More than you ever would / You were the game that I thought I could win / You were the cloud that I never could pin / Guess I don’t like the taste / If there isn’t any chase.” These lyrics decorate the second verse of “I Don’t Like You,” and they certainly pack a punch. Part of this owes itself to Dynamyte’s emphasis on studying social psychology. “I use my analyses to make sense of my experiences when I’m writing, while also targeting what kind of content I feel the world needs. I always want to write songs that will impact people,” Dynamyte has said. The background will certainly carry her songs further than most rising musicians, offering up a palpable depth to the music while the song still keeps grinning with its bubbly instrumentals, further complemented by genre-bending production and composition.

The experience has certainly helped Dynamyte find herself as a modern artist, and those unaware would never suspect she once worked as part of a duo; the swagger and independence she boldly displays feels like something out of a how-to guide on pop stardom, not something an artist can wield only a small amount of singles into their career. Dynamyte couldn’t have a more appropriate moniker as she’s bursting onto the scene with a sense of true bombastic ease. The confidence and eagerness to pay homage to her influences are readily available, but more than this Dynamyte seeks to accomplish a full sense of self before she ever bends to the current fad of transforming into something of a tribute act. Her music may draw similarities to the musicians she wears on her sleeve, but Dynamyte is here to remind you that there is simply only one Dynamyte and she’s only just getting started.

This is how often you really need to change your toothbrush, and you might be seriously surprised
‘The Lost Boys’ Coming Back to the Big Screen With New Movie Starring ‘Quiet Place’ and ‘It’ Actors!
Bobby Brown Says Remake of Whitney Houston’s ‘Bodyguard’ is a Bad Move
Amari Cooper Cops Incredible ‘Route Runner’ Diamond Chain, Valued At $300k!
Alanis Morissette wants nothing to do with ‘Jagged’ HBO doc about her life, career