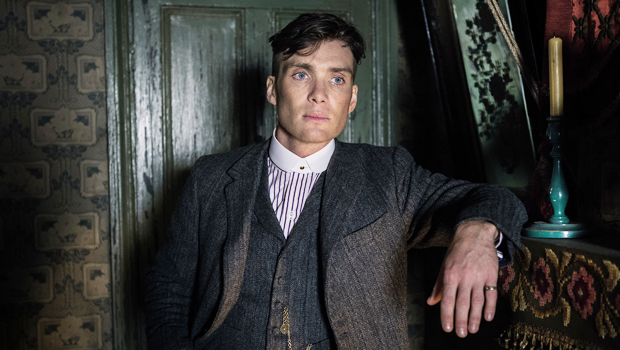 Have no fear, Peakys. ‘Peaky Blinders’ season 6 is in the works. From the latest filming news to the release date, here’s what we know so far about the sixth and final season.

Peaky Blinders has become a global phenomenon ever since it premiered in 2013. Cillian Murphy has transformed into the one and only Tommy Shelby, the crime boss who will do whatever it takes to stay in power. It’s been nearly 2 years since Peaky Blinders season 5, and Peakys are anxious to get all the updates about season 6.

The sixth and final season of Peaky Blinders is well underway. The Netflix and BBC series have revealed a plethora of information about filming, casting news, and more. HollywoodLife has rounded up all the key updates about Peaky Blinders season 6.

Netflix has not announced a release date for the sixth and final season. The show is currently in production and has been since January 2021. There was a delay due to the ongoing COVID-19 pandemic, and the Peaky Blinders team has developed “comprehensive production protocols to ensure that the series will be produced in a safe and responsible manner, and in accordance with government guidelines, during this time of global pandemic.” Barring any future delays, Peaky Blinders should be wrapping up production soon.

Director Anthony Byrne previously gave a breakdown of how filming and post-production work when it comes to Peaky Blinders. “We were due to start filming at the end of March [2020] until the end of July. If we did start shooting in January, we wouldn’t finish until May / June, and then it’s another six months of editing,” he told Digital Spy. So it’ll likely be late 2021 or early 2022 before the final episodes are available.

Peaky Blinders kicked off filming on January 18, 2021. Executive producer Caryn Mandabach released this statement when production began: “Along with our wonderful, supportive, partners at BBC and Netflix, we have been working diligently to ensure we can get Peaky safely back into production; the safety of our cast and crew is always our priority. Thank you to all the Peaky fans who have been so unwaveringly supportive and patient. Series six marks the end of an epic story that has entranced audiences since it first started in 2013, but the world of Peaky Blinders will most definitely live on.”

Tommy Bulfin, an executive producer for the BBC, added, “We are very excited that filming for Peaky Blinders has begun and so grateful to everyone for all their hard work to make it happen. Steve’s scripts for series six are truly remarkable and provide a fitting send-off which we are sure will delight fans.”

Season 6 filming was briefly halted in April 2021 after a “false positive” COVID-19 test. “Filming was stood down on Peaky Blinders because of a false positive test result for a member of the crew,” a Peaky Blinders spokesperson told Mail Online. “In line with protocol, this person took an NHS test and anyone who came into contact with them self-isolated – the safety of our team on Peaky Blinders is of paramount importance. The NHS test has come back negative and filming will resume as normal tomorrow.”

The initial plan was to film season 6 in March 2020, but production was quickly stalled due to the COVID-19 pandemic. “After much consideration and in light of the developing situation concerning COVID-19, the start of production of Peaky Blinders Series 6 has been postponed. Huge thanks to our incredible cast and crew and to all our amazing fans for their continued support,” the Peaky Blinders statement read.

Cillian Murphy will be back as Tommy Shelby for the sixth and final season. Other main cast members set to return are Paul Anderson as Arthur Shelby, Finn Cole as Michael Gray, and Sophie Rundle as Ada Thorne. Helen McCrory, who starred as Polly Gray for the previous 5 seasons, tragically died in April 2021 of cancer. Peaky Blinders has not revealed if Helen filmed any final scenes as Polly prior to her death.

Sam Claflin, who plays Oswald Mosley, will return for season 6 as well. Tommy and Oswald have some unfinished business after that failed assassination attempt. You can expect to see these returning as well: Natasha O’Keeffe as Lizzle, Harry Kirton as Finn Shelby, Packy Lee as Johnny Dogs, Daryl McCormack as Isaiah, and Emmett J Scanlan as Billy Grade.

Peaky Blinders has announced a number of new cast members for season 6, including Amber Anderson, Conrad Khan, James Frecheville, Rebecca Keatley, and Stephen Graham. Character details have not been revealed yet.

Fans have been wondering whether or not Golden Globe winner Anya Taylor-Joy will make a comeback as Gina Gray in the final season. Peaky Blinders director Anthony Byrne previously said on the Obsessed With Peaky Blinders podcast that season 6 would feature Gina. But the COVID-19 pandemic could have changed those plans. The Queen’s Gambit star recently finished up filming the new David O. Russell film and is set to start filming the Mad Max prequel, Furiosa, soon. Anya has not been spotted on the Peaky Blinders set yet.

Despite being in the season 5 finale, Charlie Murphy will not be back as Jessie Eden in season 6. She confirmed that she would not be returning in March 2021. “Yeah. I’m done now. But it was a lot of fun when we shot it,” Charlie revealed to Digital Spy. “And that feels like an age ago as well. Which it was. It was about three years ago.”

Will There Be A Season 7?

No, there will not be a seventh season of Peaky Blinders, but season 6 won’t be the last Peaky project. When season 6 was announced as the last season of Peaky Blinders, creator Steven Knight released the following statement “Peaky is back and with a bang. After the enforced production delay due to the Covid pandemic, we find the family in extreme jeopardy and the stakes have never been higher. We believe this will be the best series of all and are sure that our amazing fans will love it. While the TV series will be coming to an end, the story will continue in another form.”

Just one day later, Knight revealed his plans beyond season 6. “Covid changed our plans. But I can say that my plan from the beginning was to end Peaky with a movie. That is what is going to happen,” he promised in an interview with Deadline.

How To Watch ‘Peaky Blinders’

All 5 seasons of Peaky Blinders are available to watch on Netflix. If you’re not caught up, you can easily binge all 30 episodes more than once before season 6 premieres. Season 6 will debut on Netflix. In the U.K., the series also airs on BBC One.

Is ‘Peaky Blinders’ Based On A True Story?

Dame Judi Dench Says That Her Grandson Is “Very Strict” When It Comes to Their TikTok Videos
Corrie star dropped Seb Franklin death spoiler by accident WEEKS ago
‘Girl In the Woods’: Stefanie Scott, Misha Osherovich & Sofia Bryant To Star, Will Yun Lee Among 4 Recurring In Peacock Series From Crypt TV
Beyoncé Posed Like the Pro She Is in a Black Dress With a Thigh-High Leg Slit
Halle Berry Loses Her Mind Over Xscape & SWV’s Epic Verzuz Battle: ‘Thanks For Making My Weekend’