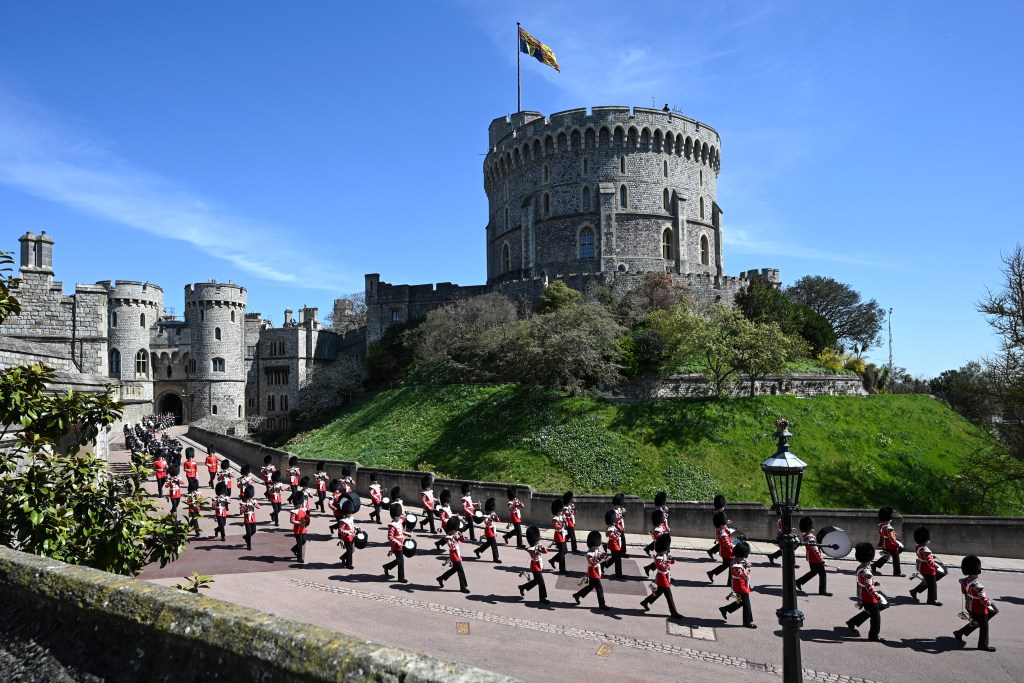 After a morning of very British pomp and ceremony, the Royal Family is now proceeding towards St George’s Chapel, in the grounds of Windsor Castle, to attend the funeral of Prince Philip.

In line with his wishes and UK Covid-19 guidelines for funerals, the Duke of Edinburgh will receive a scaled back send-off, attended by 30 members of the royal family, including his wife Queen Elizabeth II, children, and grandchildren, not least Prince Harry who has flown in from the United States.

However, this morning has seen a number of military ceremonies and marches to mark the occasion, as well as marching bands and plenty of tasteful royal pageantry. Hundreds of well-wishers have gathered in Windsor and multiple UK and U.S. TV networks are covering the event in full.

The short Royal Family procession is due to begin at 2:45PM local time in the UK, which is 9:45AM ET and 6:45AM PT. Prince Philip’s coffin will be carried in a specially designed Land Rover, while members of the royal family will follow behind on foot, including his son Prince Charles.

The 50-minute ceremonial funeral takes place at 3PM, beginning as the coffin enters St. George’s Chapel, where it will be received by the Archbishop of Canterbury. There will a national minute of silence before the commencement of the service.

How to watch on TV in America:

Here’s how to watch on TV in the UK:

The dreamiest date ideas based on your star sign (and it’s champagne bars for Taurus and sunset strolls for Scorpio)
‘The Banker’s Wife’ TV Series Scrapped By Amazon Due To Covid-Related Circumstances
The Agony and the Ecstasy of Bennifer
Chrissy Teigen Apologizes for Courtney Stodden Attacks, Courtney Responds
Katy Perry Shares Video for New Pikachu-Inspired Song “Electric”: Watch