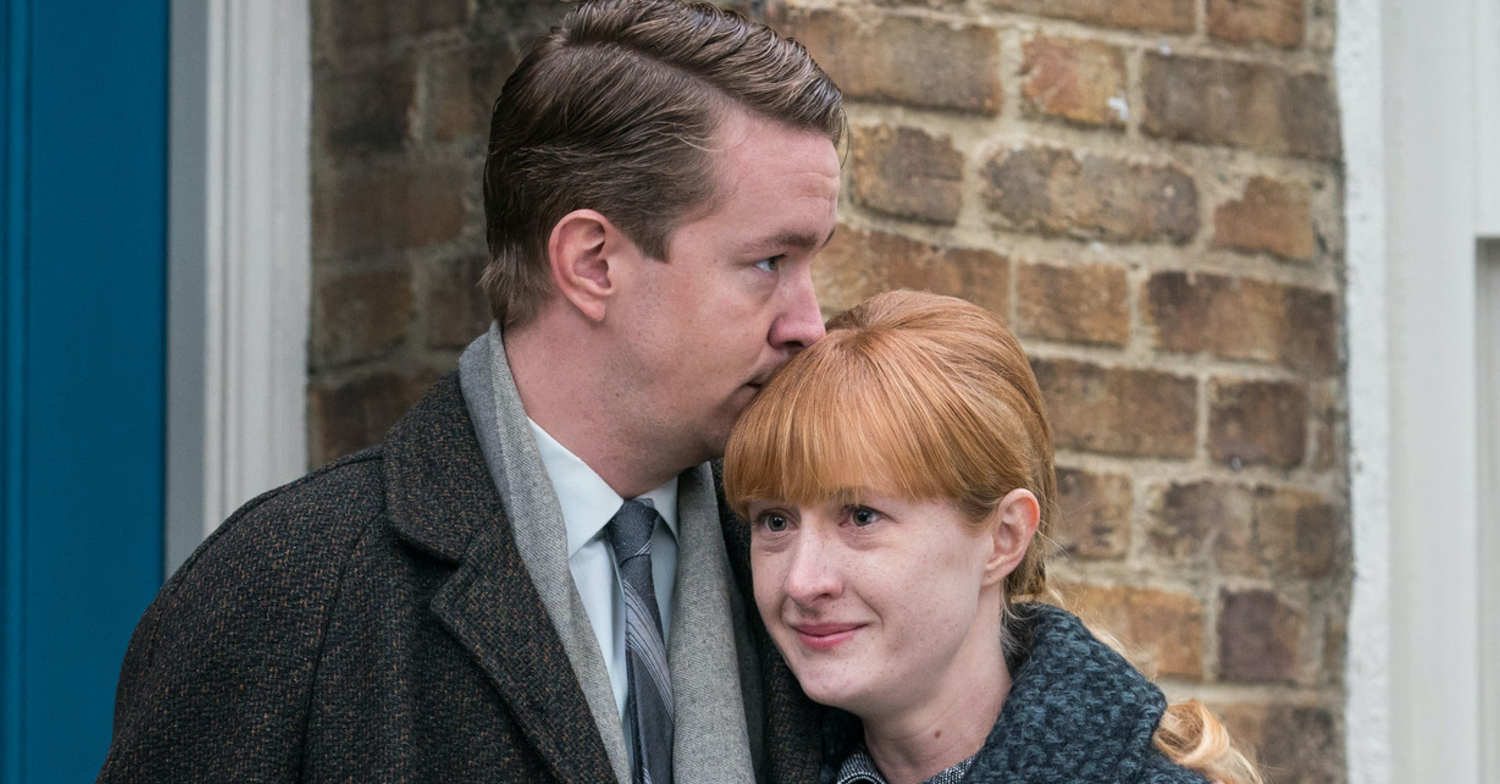 Call The Midwife is back tonight, featuring young couple Derek and Audrey Fleming.

With the hit BBC One period drama starting up its 10th series, it’s another emotional story.

But who play Audrey and Derek, and where have you seen them before?

Who are Derek and Audrey in Call The Midwife?

The show has boasted a long line of great guest characters, all providing the midwives with some incredibly moving cases to work on.

In tonight’s episode, fans are introduced to couple, Audrey and Derek Fleming.

After years of trying, Audrey and her husband Derek are expecting their first baby.

Hugely excited, there’s another wrinkle to the happy news – Audrey’s BFF and next-door neighbour is also pregnant and they share their journey.

For his part, Derek is also excited about becoming a dad for the very first time.

So nothing could go wrong, could it?

Kathryn may be a relative newcomer to television, but she has an impressive CV when it comes to the theatre.

She has worked with the renowned Kenneth Branagh on various Shakespeare plays such as Hamlet and As You Like It.

The actress has also teamed up with Sir Kenneth on the big screen.

She played Judith in All Is True and Carrie in Murder On The Orient Express, and has also appeared in Steven Spielberg’s Ready Player One.

Jack, another RADA graduate, actually appeared alongside Kathryn – his onscreen wife in CTM – in Kenneth Branagh’s film, All Is True.

He has also worked alongside Sir Kenneth in more productions of Shakespeare plays.

But fans may recognise Jack from the recent BBC Two series, The Terror.

He’s also appeared in the second series of ITV’s Liar.

Will there be more Call The Midwife after series 10?

With more emotional storylines in tonight’s episode, the good news is that the smash-hit series has been recommissioned for a further two seasons.

The news was confirmed ahead of tonight’s series 10 launch.

Call The Midwife bosses took to Facebook to announce the renewal.

“We are THRILLED to announce that ahead of our launch of series 10 on Sunday, the BBC have just officially confirmed our drama series up until series 13!”

“This amazing news comes as we celebrate 10 years of our drama – and now means that Call The Midwife will be on air until 2024!”

‘Robin Roberts Presents: Mahalia’ Star Danielle Brooks On How Fate Brought Her And Iconic Singer Together – Contenders TV
I Can See Your Voice star Alison Hammond stuns with glam makeover
Sorry, but Sandra Oh Has No Plans to Return to Grey’s Anatomy: “I Have Moved On”
Younger Season 7 Episode 8 Review: Baroness
Watch Kelly Clarkson Confront Seth Rogen About Her Famous 40-Year-Old Virgin Shout-Out