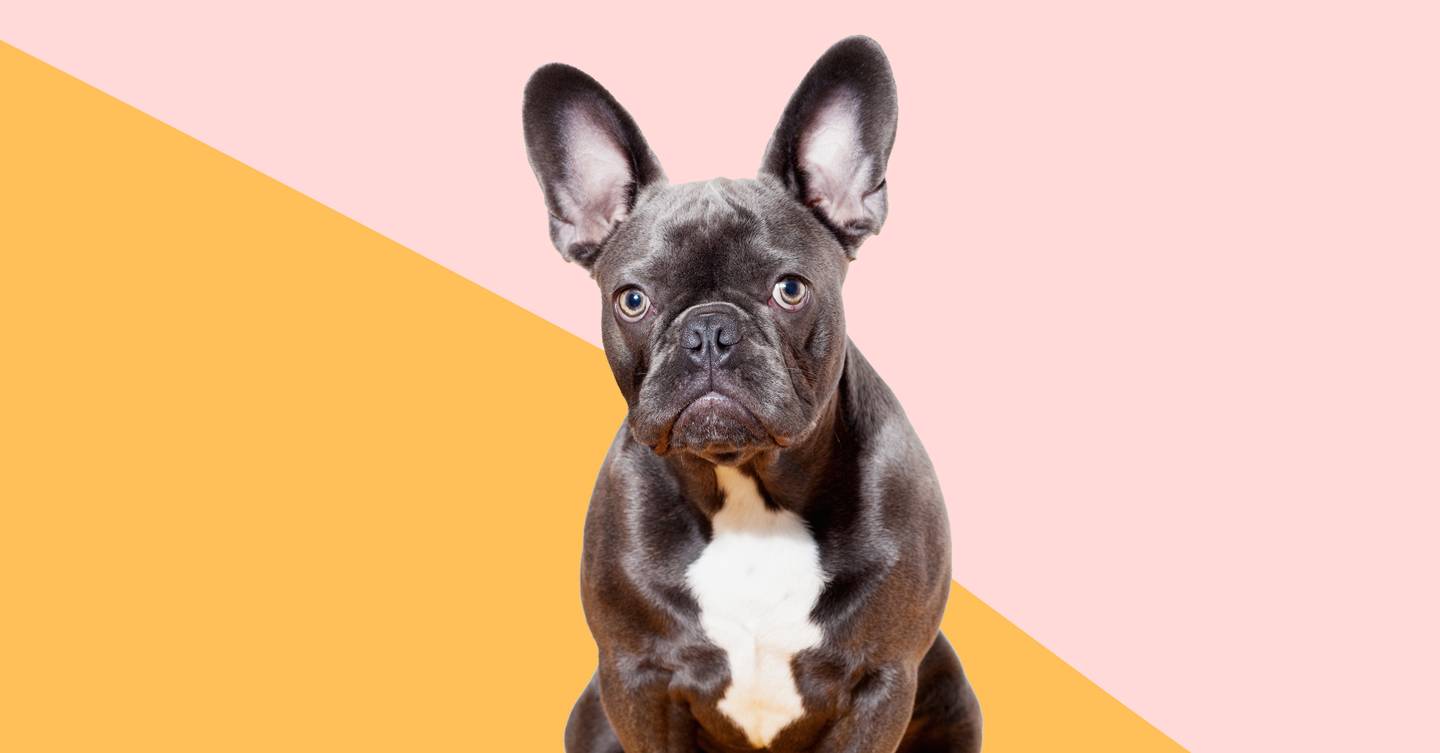 We are a nation in love. According to research by Channel 5 in September last year 73 per cent of Brits consider themselves animal lovers. Seizing the opportunity presented by working from home, the temptation to buy or adopt a furry friend during lockdown became strong. And let’s face it, sharing space with a pet can be like pure sunshine.

But loving animals does not always equate to treating them with the care they need. According to the Dogs’ Trust, demand for puppies soared during lockdown, with Google searches for ‘buy a puppy’ increasing by 166%. In the three months April–June 2020, Battersea Dogs and Cats Home received 40,392 applications to rehome dogs, an increase of 53% compared to the previous three months. What’s more 31% of people who acquired a dog or cat in this period had not been considering becoming pet owners before lockdown.

The Pandemic Puppy: Why a dog is for life, not just for lockdown

This may explain why many new pet owners failed to grasp the needs of their new pet. In January 2021, pet wellness experts Itch discovered that more than a third of the Brits who bought or adopted a dog during the pandemic had never taken them to the park. Of course, social distancing restrictions have limited opportunities for socialising dogs. But this raises serious concerns about the future behaviour of their canine friend – and the prospect of them being found surplus to requirements.

Corinne Jones, 34, from Bristol, admits they bought a dog in lockdown due to ‘boredom’ – and ended up taking her to a rescue centre.

She explains: “Me and Mick, my partner, hadn’t planned on getting a dog but we were all so bored in lockdown we thought ‘Why not?’. Actually it was my idea, but Mick went along with it. Seeing how miserable our six-year-old son Lucas was while stuck at home in lockdown made me think getting a puppy would be a really good solution. It would give us a welcome distraction and a reason to get out every day. We all loved Ruby, our Jack Russell, to bits but as she grew soon discovered she’s a really barky dog. She barks over nothing, and the neighbours started complaining.

“However hard I tried to train her, she was just a very nervy, noisy dog. Once Lucas went back to school I had to leave Ruby at home while I did the school run and she’d bark non-stop until I got back. The vet told me it was separation anxiety and could be tackled, but the tension it caused with our neighbours became impossible and we just didn’t have the time or money to get advice from a dog behaviorist. It just became really stressful. What’s more, Lucas lost interest – he loves dogs but not one that barks all the time. Mick and I kept arguing about it and in the end he said “The dog goes or I do” so we took her to a rescue. It broke my heart, but I know it was the right thing to do, especially as she got rehomed a few weeks later”.

Likewise, Kath Davis, 29, from London, admits she made the same mistake and when she came off furlough, realised she didn’t have time to care for her puppy. “I absolutely love Reggie, the miniature schnauzer puppy we got during lockdown,” she said. “Everyone loves him and he’s a really good-natured dog. I love dressing him up in little outfits and sharing them on social media, especially at Christmas. It was easy when I was at home all the time, but when I came off furlough and had to go back to doing shift work, I realised he wouldn’t like me being gone for hours. In spite of getting walked by me before work and then taken out by a dog walker for a few hours while I’m out, once home he howls all the time, even after my flat mate gets home, and keeps howling until I’m with him. He’s also started peeing in the flat, something he hasn’t done since he was a puppy. At £22 a day I can’t afford doggie day care, so I’m at the point now where I know I have to give him up or find someone to adopt him. It’s not fair to keep him. I really regret getting a dog now and I feel so guilty. Other dog-owners make it look easy but It’s actually really stressful if your dog doesn’t fit in with your life”.

About 40 pets a day are being abandoned across England and Wales, the RSPCA say and they fear more people losing their jobs will mean fewer able to afford to feed their pet. The problem is, with fundraising events postponed due to the crisis, rescue shelters are at capacity and struggling to keep the animals they look after fed and cared for.

Animal lover and actress Gemma Atkinson, who is owner of Spaniel and Sproodle Ollie and Norman and President of The Bleakholt Animal Sanctuary, has teamed up with Hill’s Pet Nutrition to raise awareness of shelter pets. “Whilst the country has been in and out of lockdown, shelters across the country have been working tirelessly to help the many animals in their care. Sadly, just like all businesses and industries, they have suffered hardship due to the pandemic and are in desperate need of support right now,” she said.

Animal shelters up and down the country are facing unprecedented budget cuts and financial strain. Shelters are at capacity with many people experiencing ‘buyer’s remorse’ or sadly suffering financial or health woes due to the pandemic. The staff and volunteers at these shelters have worked round the clock to feed them and keep a roof over their heads, but there’s only so much they can do with funding and rehoming all on hold.

In a survey undertaken by the Association of Dogs and Cats Homes, nearly half of 142 UK rescue organisations have reported an income drop of more than 50%.

In praise of cats (and cat people): Forget puppies, why a second lockdown may be the perfect time to rethink the nation’s most divisive pet

And the Dog’s Trust is warning we could see a sharp rise in the number of dogs being given up or put to sleep if families struggle to cope with the resulting economic hardships of the pandemic, estimating up to 40,000 more stray or abandoned dogs will be in need of help. This could worsen with more dogs being abandoned due to behavioural problems like separation anxiety.

A study by Battersea Dog And Cats’ Home found 19% of owners regret their decision to acquire a dog or cat, mainly because of costs, demands on their time and behaviour of their pet. Shockingly 20% of pet owners said they had not fully considered the long-term implications, such as how they would look after the puppy when they returned to work and 15% admitted that in hindsight it was a mistake.

Vet Rory Cowlam, author of The Secret Life of a Vet and ambassador for the RSPCA, says: “We’re seeing a lot of dogs with behavioural issues. They have separation anxiety and get destructive when left alone at home because they’re used to being around people all day”.

And what happens if, as predicted, the number of unwanted dogs outweighs the number being rehomed? “My worry is that euthanasia will become the only option,” says Rory. “Most rescues have a ‘no-kill’ policy, but once they’re full, they’re full. And it’s the dogs with behavioural issues, or the ones that look a bit weird, that are less likely to be homed”.

So what can you do?

Share photos
Using #MissionForeverFriend across Instagram and Facebook, share pics of your pets. For every post, Hill’s Pet Foods will donate a bowl of food to a local shelter throughout April. Gemma, who is backing the campaign, says: “By supporting #MissionForeverFriend, animal lovers can show their support for local shelters and give animals in need a second chance.”

Donate
Blankets or towels, dog or cat food/treats, leashes or harnesses and pet beds are just some of the items you can donate to your nearest pet shelter. Call ahead to find out what they really need.

Volunteer
Help out by taking rescue pets for walks; managing their social media; and offering to take photos that show a pet’s personality to encourage their adoption. Every shelter has its own needs, so ask them what assistance they need most.

Foster
Not sure if you are quite ready for the lifelong commitment of adopting a pet? Fostering a dog or cat saves shelter space while also helping to socialise a shelter animal.

Adopt
If you’re planning on getting a dog don’t get an expensive puppy or adopt one from abroad – there’s going to be a huge influx of dogs to shelters in the coming months, says Rory. “So if you want a dog, adopt one that really needs a home”.

Expert help
If your dog is showing signs of behavioural problems, contact your local rescue to get help from their dog behaviourist.

To learn more about #MissionForeverFriend and find ways you can help shelter pets find their forever homes, visit www.HillsPet.co.uk/shelter. The Secret Life of a Vet by Rory Cowlam (@rorythevet) is available at Amazon and all good bookstores.

Ellen DeGeneres Insists She ‘Never Saw’ A Toxic Environment On Her Show: ‘I Wish’ Someone Told Me
Ashley Olsen Went Out in a Chic Oversized Shirt and Black Suit-Coat in NYC
Trump, Who Thinks He’s Still President, Is Bringing Back His Rallies Next Month
Avatar: The Last Airbender & SpongeBob To Get Podcasts From Nickelodeon
Ambar Lucid Announces EP, Shares Video for New Song “Get Lost in the Music”: Watch