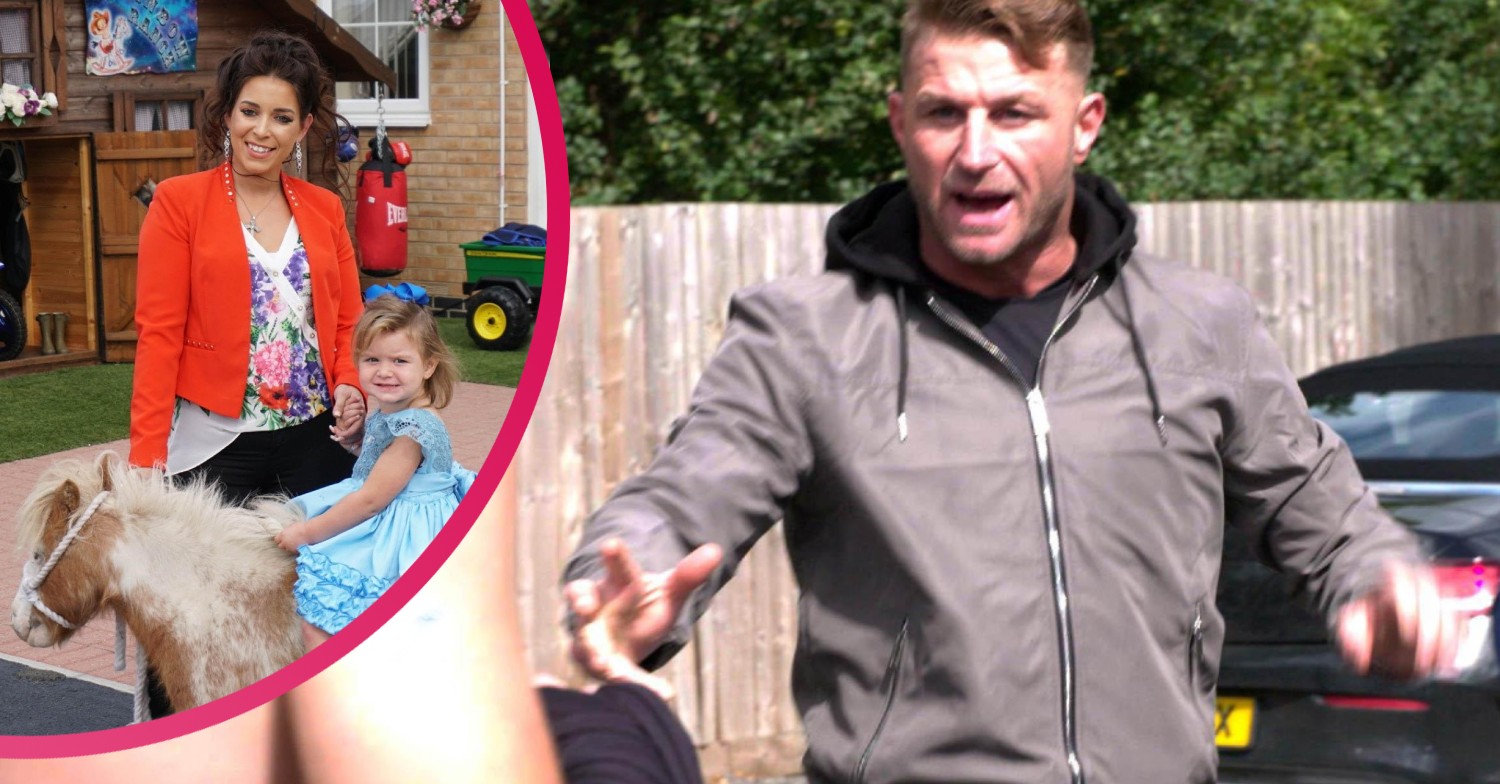 Here Come the Gypsies! is a new series on Channel 5 which promises to reveal the hidden world of Gypsy and Traveller communities – but who is Tony ‘The Rhino’ Giles?

How is Paddy from Big Fat Gypsy Weddings now?

And what are the Romany traditions? Here’s everything you need to know!

Read more: The Town the Gypsies Took Over on C5: What is the Appleby Horse Fair and why are the police involved?

Here Come the Gypsies! on Channel 5 – what’s it about?

Channel 5’s new series promises to reveal the hidden world of the Gypsy and Traveller communities.

The show will delve into their unique traditions and codes to understand how this community survives – and, in fact, continues to thrive.

In South Wales, Romany Gypsy horse dealer Jim ‘Beb’ Price faces his toughest day of the year as he puts on his first ever horse drive.

Who is Tony Giles?

Episode one centres heavily around him, when he organises a bare-knuckle brawl between two topless men – in full view of cheering young children.

This means he acts as a mediator for disputes between families within the Gypsy community.

Tony is the first ever Gypsy to win a world title in the MMA.

He said about fighting: “It’s in our blood, in our genes; you get brought up from an early age to protect yourself.

“In the Gypsy community, money comes second to fighting and honour.

“You’re a lot more respected being the roughest Gypsy than the richest.”

He has been in trouble with the law for various offences including possession of firearms and a threat to kill.

Some may recognise Tony from his nine-year relationship with former glamour model and My Big Fat Gypsy Wedding star Danielle Mason.

Documentary makers followed their relationship on the smash-hit C4 series.

Of course, Danielle Mason is the sister of EastEnders‘ actress Jessie Wallace.

However, they split in 2016 because he didn’t agree with her job as a glamour model and Page 3 girl.

Despite reuniting, the couple split for good in 2019.

The 31-year-old walked free from prison in June last year and has turned his life around.

He is now the host of podcast Let’s Be Real and a published author.

Does Tony Giles have children?

Tony had two children during his on-and-off relationship with Danielle.

How is Paddy from Big Fat Gypsy Weddings now?

The show introduced us to Paddy Doherty.

The larger than life TV personality contracted Covid-19 in January 2021.

The star uploaded a video from his hospital bed wearing breathing apparatus.

His manager told the Press Association he was taken to hospital after developing pneumonia.

The former Celebrity Big Brother winner said he thought he was “indestructible” but the virus had left him “knocked out for the last couple of days”.

In 2020, he revealed he had been treated for prostate cancer.

Paddy is now back to his chirpy best, and was last seen on Facebook heading to the pub when they opened after lockdown.

What are the Romany traditions?

Due to their nomadic lifestyle, the Gypsy life is at odds with that of the ‘settled’ community.

There are thought to be over 300,000 Gypsy Roma and Irish Travellers in the UK.

Roma Gypsies are originally from northern India, whereas Travellers are of Irish origin and both groups are nomadic.

Since 2002, Travellers have been recognised as an ethnic group and are protected under the Race Relations Act in the UK.

Being on the road means traveller children often grow up outside of educational systems, and many children never attend school.

The vast majority of travellers are Roman Catholics.

Many Travellers are breeders of dogs such as greyhounds or lurchers and have a long-standing interest in horse trading.

Until they are engaged, some teenage Traveller girls are subjected to the ‘grabbing’ courtship ritual, where a boy grabs a girl they want to kiss.

Couples marry young – girls at around 16 or 17, and boys between 18 and 19. They’re not supposed to marry non-travellers but marriage to second cousins in families is common.

How many episodes is Here Come the Gypsies! and how can I watch them?

Here Come the Gypsies! is a six part series.

Will you be tuning in to Here Come the Gypsies! on Channel 5? Leave us a comment on our Facebook page @EntertainmentDailyFix.