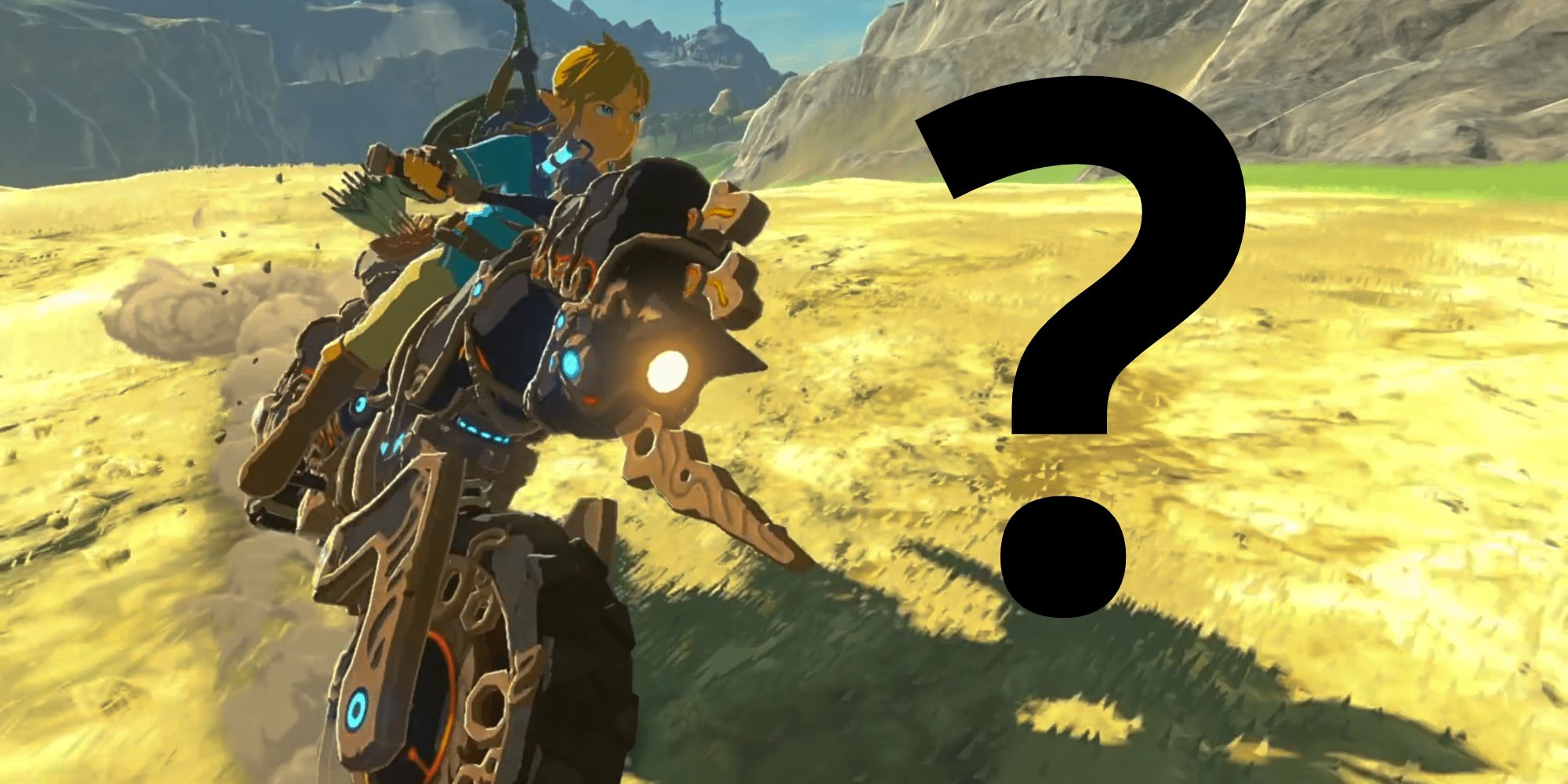 One of the more unique additions to The Legend of Zelda: Breath of the Wild was the Master Cycle Zero, a Sheikah tech-powered motorcycle for Link. While there are many fun and creative ways to navigate Hyrule, the Master Cycle became a fan favorite, with its unique design and satisfying off-road driving feel. In order to get that feeling just right, Nintendo bought one of Breath of the Wild’s programmers an off-road motorbike of his own.

Breath of the Wild’s Hyrule is a huge open world - much bigger than anything Nintendo had done up to that point. Figuring out how to best populate and let players explore this world led to many ideas ending up on the cutting room floor, such as having Minish Cap-like shrinking mechanics and reviving the hookshot. For a while, the Master Cycle Zero was among these scrapped ideas.

Related: How Fortnite Season 6 Is Just Like Breath Of The Wild

According to DidYouKnowGaming?, Breath of the Wild general producer Shigeru Miyamoto made a point to not hire “hardcore gamers,” as he felt they would just try to “improve upon what earlier games had already accomplished.” In order to fill the game with new ideas, Miyamoto looked for designers with diverse interests and hobbies that would go on to influence crucial mechanics, such as Link’s rock climbing abiliteis. Zelda series producer Eiji Aonuma, rides motorcycles as a hobby and wanted to use one to traverse this version of Hyrule.

DidYouKnowGaming?, as well as a report from Zelda Dungeon, shed some light on how Aonuma convinced Breath of the Wild’s director, Hidemaro Fujibayashi, to add the Master Cycle Zero. At first, Fujibayashi and the team turned down the request because it felt too absurd. Aonuma didn’t give up, though, going so far as to whisper “The bike… the bike…” to Fujibayashi every now and then. It was only when the team was deciding what to include in the second Breath of the Wild DLC that Fujibayashi finally agreed to include the Master Cycle.

The compromise was that the bike could serve as a reward for completing the DLC and, by proxy, the entire Breath of the Wild experience. The team imported the Master Cycle from Mario Kart 8 to see how it felt, then bought the Cycle’s programmer a motocross bike to help him get the handling just right.

The story of the The Legend of Zelda: Breath of the Wild’s Master Cycle Zero shows just how committed to detail and accuracy the team was, even in a fantasy open-world game; in order to develop an item that was only tacked on at the end of the game, Nintendo bought one of its developers a hobby vehicle, just so they had an intimate understanding of how it felt to operate.

Next: When Breath of the Wild 2 Might Be Releasing

Jacob is a writer, actor, and musician based in Baltimore, Maryland. He has had an original play, The Voyager, produced at Towson University, contributed articles to HaloScope Magazine, and is currently producing the “Bus Ride Talks” podcast for Greatest City Collective.

His hobbies include: gaming, making great coffee, and listening to prog-metal.