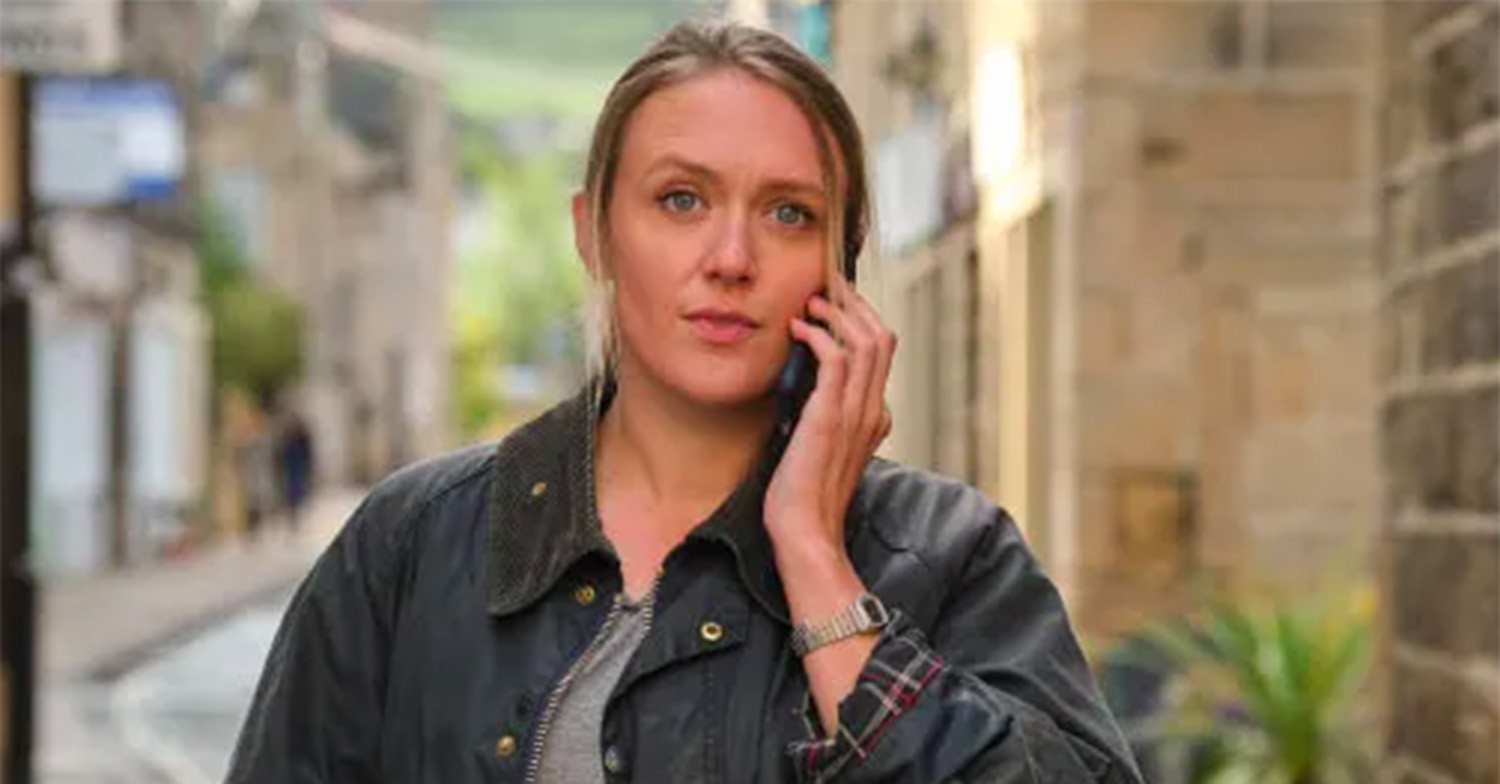 Emily Head stars in the latest series of The Syndicate on BBC One but many viewers will recognise her from Emmerdale.

The actress plays Collette Andrews, a dog groomer at a local kennels.

Series four of the popular Kay Mallor comedy drama sees a group of kennel workers head to the South of France.

They’re convinced they’ve been swindled out of a huge lottery win – and are determined to get back what they believe is rightfully theirs.

While speaking on Lorraine, Emily said: “Collette is a resident groomer at Woodvale Kennels.

“She’s part of the syndicate, and obviously things are very exciting and then become very annoying.”

But where have you seen Emily before? And who is her famous father? We answer these questions and more below…

Hold old is Emily Head and who is her famous dad?

Her dad is Anthony Head, who is best known for playing Rupert Giles in Buffy The Vampire Slayer.

He also initially gained fame in the UK for fronting the Nescafé Gold Blend adverts from 1987 and 1992. Anthony starred as Tony, and actress Sharon Maughan played his partner Sharon.

She appeared in a previous series of The Syndicate and has also enjoyed roles in the likes of Guilt and Wrong Turn.

Why did she leave Emmerdale?

She never gave her exact reason for leaving the soap, but her character left with Ross Barton following her brain injury and his acid attack.

They now live in Liverpool with Rebecca’s and jailbird Robert Sugden’s son Seb.

Who did Emily Head play on The Inbetweeners?

She was the unrequited love interest of Simon, who continually pined after her.

She appeared across the television series and also in The Inbetweeners Movie.

Where did Emily learn to act?

Emily attended the prestigious The BRIT School in Croydon. Her classmates included Katy B and Adele.

Does she have a boyfriend?

Emily is in a relationship with her boyfriend Jarrod and they live together in London.

However, not much is known about him or the ins and outs of their relationship.

Did Emily work for Pick For Britain?

Yes! During lockdown she did reveal that both she and her boyfriend Jarrod signed up for ‘Pick For Britain’.

Writing for The Telegraph, she detailed: “We’d pick crates and crates full every day and picking doesn’t stop if it rains.

“We’d be out there in hail, torrential downpours and extreme heat. It was brutal. But we were surrounded by lovely countryside and there were days when I’d be weeding in the fields, overlooking the river in breezy sunshine and think ‘Yeah, there are worse places to be’.”

And while speaking to PlatformMagazine, she said she hopes her acting work will pick up again following lockdown.

She explained: “The world is going to look very different, and I don’t know what that will mean for my industry. Social distancing in film and TV will be difficult, because it will mean removing any intimate scenes, and theatre might not be the same.

“But I hope I get the chance to get back on stage or on a set again.”

When is The Syndicate next on?

The Syndicate is on Tuesdays at 9pm on BBC One.

Already aired episodes are available to stream on BBC iPlayer.

Will you be watching? Let us know on our Facebook page @EntertainmentDailyFix.