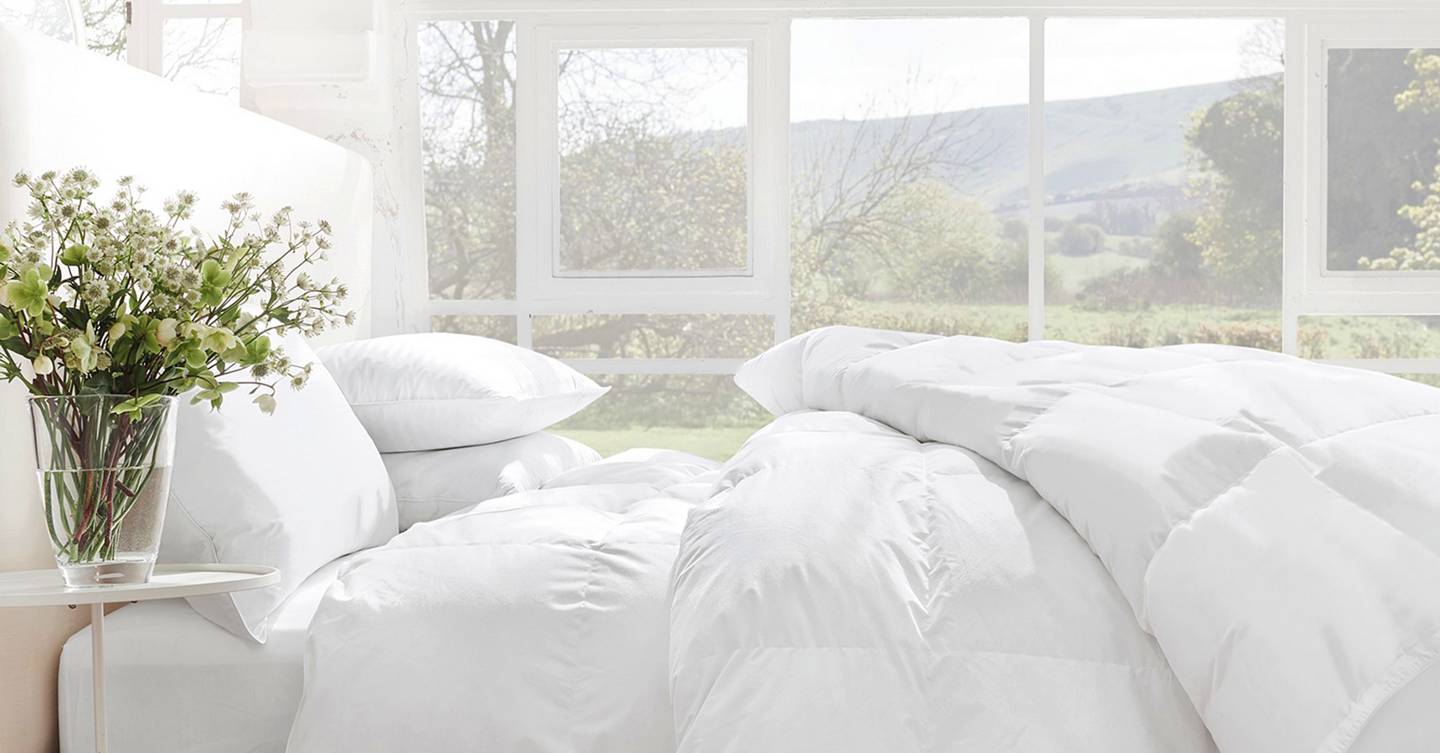 Being the proud owner of one of the best duvets to snuggle up in all night (and day, as the case may be) is something of a small luxury – no matter the time of year. But as we edge closer to summer, it’s likely an upgrade to your bedding is particularly overdue. ‘Cos just as the best duvets keep us warm and cosy in the colder months, they can keep us cool and refreshed in tropical (we wish) climes, too.

We’ve been getting granular about the whole bedding thing of late – searching high and low for the best duvet covers, best bed sheets, mattress toppers, mattresses and pillows. Even body pillows and electric blankets. What else to do when there’s, well… nothing else to do? Seriously?

Now, it’s time to turn our attentions to the shining star of any bed. The duvet. We spend enough time underneath them. If you’ve ever left a weekend break wondering what duvets luxury hotels use, you’re in luck. We’ve tried, we’ve tested and we’ve spoken to industry leaders in luxury bedding to find out what is the best type of duvet to buy. Sure, everyone has a different preference when it comes to duvets… there are Hungarian goose down duvets, wool duvets, 3-in-1 duvets and temperature regulating duvets. But rest assured, this guide should help you find your sweet spot. Here’s everything you need to know.

First up: how often should you change your duvet?

According to The Sleep Council, you should replace your duvet once every five years. That said, if your last duvet was an inexpensive one, you might want to replace it just two or three years after purchase. On the contrary, expensive and high quality duvets (like The White Company’s Hungarian Goose Down Duvet) come with a ten-year guarantee.

Got it. And what’s a tog rating?

A tog rating refers to the warmth or thermal resistance of a duvet. The higher the tog rating, the warmer the duvet will be. With that in mind, some sleepers prefer to use a high-tog duvet in the winter and a duvet with a lower tog rating in the summer. We’ve got duvets of all ranges in our edit.

The scale ranges from 1 all the way up to 18 (the warmest duvet available in the UK). While tog ratings should only be used as a rough guide as to how warm you’ll be (the filling, quality and drape of the duvet are important, too), something of around 4.5 tog should do you well in the summer. In the winter, you might look at investing in a duvet with a 10+ tog rating.

What is the best tog duvet for all year-round?

If you don’t want to change your duvet between seasons, look towards a 3-in-1 duvet. For example, the John Lewis & Partners Natural Collection Hungarian Goose Down 3-in-1 Duvet features two duvets of different togs which can be used separately or together, to provide different levels of warmth throughout the year. Clever, huh?

What are the different types of duvet filling?

There are four main types of duvet: feather and down duvets, wool duvets, silk duvets and synthetic duvets.

Feather and down duvets are known for being warm yet breathable, and for feeling pretty luxurious. When your duvet has a higher down to feather ratio, it will be more lightweight. If you choose something with more feather to down, your duvet will be denser.

Wool duvets are chunkier, denser and hypoallergenic. They retain air well which keeps you warm in the winter and cool in the summer. Elsewhere, silk duvets are a luxurious and indulgent choice (plus, they’re breathable, durable and hypoallergenic), while synthetic duvets (made from either microfibre or hollowfibre) mimic the qualities of feather and down duvets without being so expensive. They’re also hypoallergenic.

What duvets do luxury hotels use?

Most commonly, that would be a down feather duvet of around 10.5 tog for that ‘crunchy’, full and warm feeling. We’d recommend Soak and Sleep’s 100% Canadian Goose Down Duvet which comes in a flexible tog range from 4.5 to 18.

The 13 best body pillows to *guarantee* a good nights sleep, whether you’re pregnant or not

And what is the coolest duvet filling for summer?

The duvet filling doesn’t matter too much when it comes to keeping you cool – that depends on your preference and whether you have any allergies. It’s the tog rating you want to keep an eye out for. We’d recommend a tog rating of around 4.5 – likeThe White Company’s Hungarian Goose Down 4.5 duvet or M&S’ Feels Like Down 4.5 synthetic duvet.