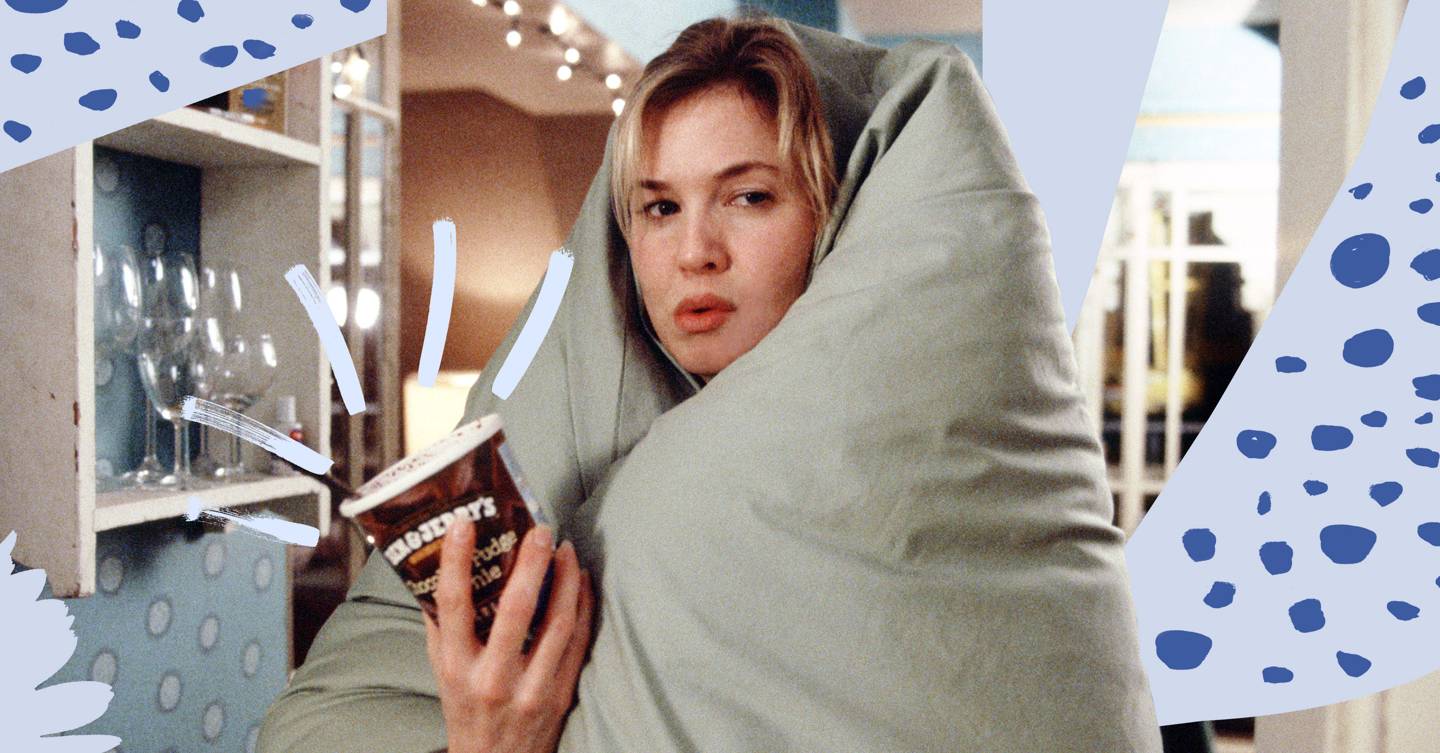 “Bridget Jones was a total legend”. Those are the words my editor used in her email to me when we were discussing this very article and it’s hard to disagree. She just was. I watched the movie for the first time just before I hit puberty, and I still related to her. I’d never had two men fighting over me but I knew that when that day came (please god), I’d react exactly as she did. And even back then, I understood all her body image insecurities, not to mention her constant humiliation, her awkwardness at family gatherings and her need to howl along with Celine Dion in PJs with ice-cream.

Exactly 20 years on from the film’s release, I still do. No matter how many times I watch Bridget Jones’ Diary, I find myself crying, laughing and wincing along with her. But the difference is that now, with the benefit of time, I can also see that Bridge deserved better – both within the movie, but also in real life.

Much has been written of the way Bridget’s character was treated, and even author Helen Fielding herself has said she couldn’t write Bridget the same way now. “The level of sexism that Bridget was dealing with, the hand on the bum in so many of the scenes”, she said on Desert Island Discs, made it “quite shocking for me to see how things have changed since then.” Bridget constantly faces sexual harassment, whether it’s in the workplace or with a bottom-pinching relative. In keeping with the pre-Me Too times, Bridget doesn’t call HR and demand change; she just puts up with it. Watching it now is, as Fielding said, shocking – but it’s also just sad.

So is her (and everyone else’s) obsession with her weight. Bridget relentlessly counts her calories and forces herself into Spanx, while those around her view her as an overweight mess. Daniel Cleaver’s girlfriend even cuttingly remarks: ‘I thought you said she was thin’. In truth Bridget is just a size 10/12 – the average in the UK.

All of this is so much easier to spot 20 years on. Why was Bridget always viewed as a sloppy single disaster when actually she was an independent 32-year-old with a good job, great friends, and an even better Borough Market flat? Why was she continuously defined by her relationship status or lack thereof? And why did no-one think to question that?

Hot girl summer doesn’t mean skinny girl summer so no, you don’t have to lose weight before June 21st (even if your social feed is pressuring you)

At the same time, it’s also depressingly relatable. Today many women still worry unnecessarily about their weight, because we live in a world where we’re judged primarily on our looks, and the pressure on single women to couple up, have kids and become ‘smug marrieds’ is still going strong.

But to me, looking back on Bridget Jones two decades on, the most shocking part is how she was perceived in real life by the media and critics. In The Guardian back in 2001, Peter Bradshaw wrote: “The awful truth about this film is that it makes Bridget look like the world’s biggest prat, and an egregious emotional imbecile.” He calls her a ‘lovable, infantile clown’ and then goes on to meticulously comment on Zellweger’s weight gain for the role:

“Her thighs are massively dimpled and her great bottom is as stately as a sinking galleon, and it’s always in our face, particularly when Bridget wears a bulging Playboy bunny outfit to her mother’s vicars and tarts party. It is a quintessentially English bottom which should by rights be encased in an unflattering netball skirt.”

To Bradshaw, Bridget is just a comedy character with a big bum. By labelling her as a ‘clown,’ ‘prat’ and ‘imbecile’ (as if we hadn’t got his point the first time), he reduces Bridget – and any woman who relates to her struggles – as an idiot whose English bottom symbolises her ridiculousness.

Meanwhile the Telegraph’s Andrew O’Hagan sums up our Bridge as ‘a single, marginally podgy publishing assistant in the London of the Nineties. She is a bit of a laugh.’ He also wrote that ‘Curtis’s Bridget Jones is not so much a real modern girl as a flighty, second-string cipher in a chocolate-box study of England.’

But Bridget was – is – so much more than that. She’s relentlessly strong, surviving every humiliation going, and ultimately sticking it to Daniel Cleaver with R-E-S-P-E-C-T blaring in the background. If that isn’t life goals, I don’t know what is. She’s also really vulnerable, something that critics seemed to miss. She’s subject to patronising comments about the ‘tick-tock’ of her biological clock and is also dealing with her parents’ turbulent relationship. There’s a lot going on, and dismissing Bridget as an emotional imbecile ignores all the delightful nuances of her character.

These reviews (written mainly by men, it has to be noted) also sum up the attitude at the time of the film’s release, in terms of its obsession with Zellweger’s weight. The poor woman was scrutinised, analysed and objectified after putting on weight for the role – and then the exact same thing happened to her when she lost all the weight afterwards. In this way, Bridget Jones’ Diary acts as a reminder of how much women, both on screen and off-screen, are reduced to their bodies.

It’s 2021. Why have we still not normalised women who don’t have children, through choice or otherwise?

If Bridget Jones was released today, I imagine many moments in the film would be tweaked (less sexual harassment, or more obvious disgust at that, and possibly more celebration of feminism), but I also hope that she’d be perceived with more compassion. Fielding herself said ‘at the time, Bridget said being a feminist with a capital F was another thing that she felt she wasn’t very good at. What’s great now is that feminism has sort of lost its capital F.’

It’s true, and hopefully Bridget would no longer be judged so harshly for wanting to get married, and for eventually getting that happy ending. But at the same time, I can’t help but hope that all the critics who judged her as little more than a clown would also be able to see her as a symbol of all the single women who have to deal with the constant put-downs and pressures of what is still a patriarchal world.

How many times you should urinate a day will surprise you – and those ‘just in case’ wees are *not* advisable
Mandy Moore, 37, Looks Incredible In Cutout Gown Just 6 Weeks After Giving Birth
Prince Harry mourns ‘my grandpa’ Prince Philip after return to the U.K.
Book Riot’s Deals of the Day for April 17, 2021
Mike Flanagan Directing Adaptation of Christopher Pike’s Horror Novel ‘The Season of Passage’ for Universal