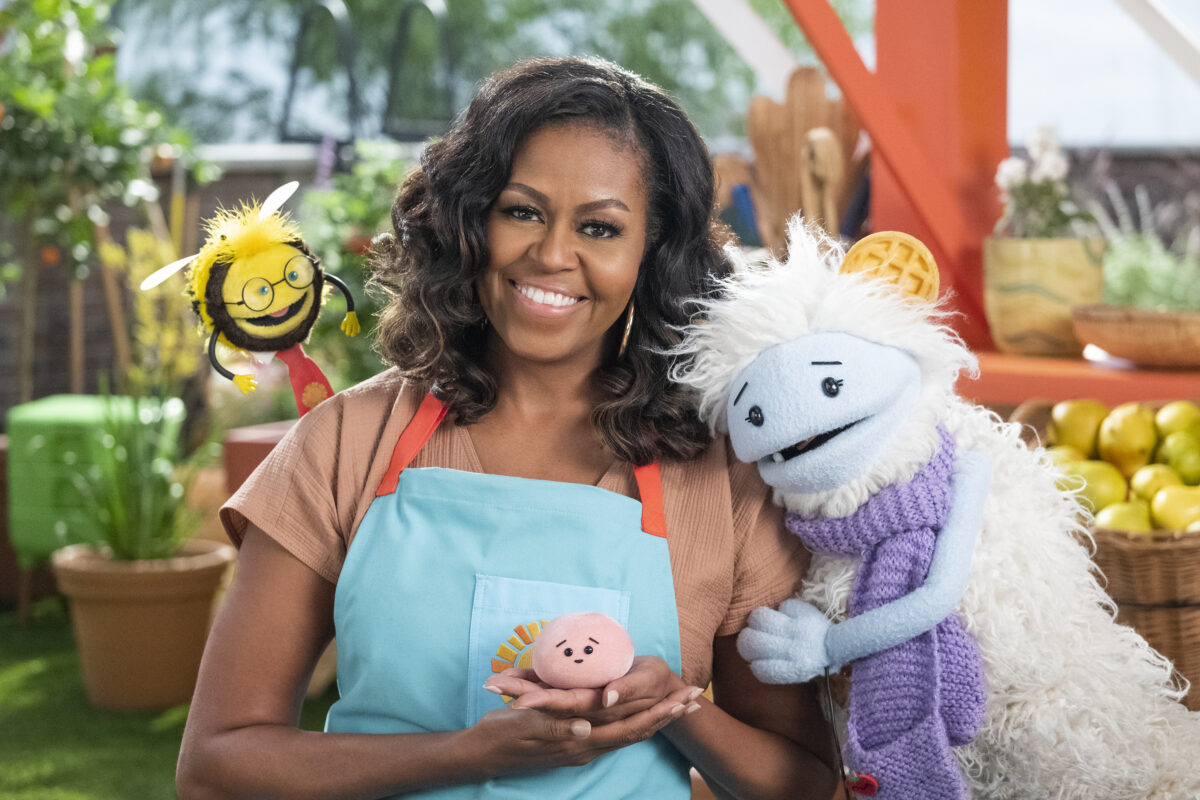 Welp, it’s March, marking a full year of face masks, hand sanitizer everywhere, and panicked toilet paper hoarding. And while it has been an undeniably brutal 12 months, the streaming gods have gifted us with a fountain of never-ending content. Yes, you may not be able to leave your house, but at least you’ve got hours and hours of programming to help keep you sane.

This year, Netflix continues to churn out movies and television series at a breakneck speed, which will keep us occupied until we all get the vaccine. So saddle up and let’s see what-all is coming to Netflix. Our highly subjective picks are bolded.

Biggie: I Got a Story to Tell

Based on the novel by Jennifer Mathieu, this film follows Vivian (Hadley Robinson) who, inspired by her mom’s (director Amy Poehler) rebellious past and a confident new friend, launches an anonymous zine calling out sexism at her school.

Murder Among the Mormons

This three-part documentary series examines a trio of bombings in 1985 that killed two people and shocked Salt Lake City. Prepare for this series to be your new murder show obsession.

After Kaiju ravages Australia, two siblings pilot a Jaeger to search for their parents, encountering new creatures, seedy characters and chance allies. This anime series is a must-watch for fans of the Pacific Rim films.

This animated/live-action family series follows a group of kids as they interview ghosts, solve problems and learn about Los Angeles history.

You know the drill: Ash and company travel the world, pokeballs in tow, encountering all sorts of Pokémon in the final chapter of this animated series.

Transferred home after a traumatizing combat mission, a highly trained French soldier uses her lethal skills to hunt down the man who hurt her sister in this international thriller.

From boardrooms to society’s margins, five ambitious women from various walks of life navigate dreams, desires and disappointments in modern Mumbai in this dramatic series.

Escaping from child marriage, a young club dancer living in the streets of Bombay, must choose between fending for her family and finding love with a boy orphaned by the militancy. An award-winning festival favorite, it was the first Indian animated film ever selected to open Venice Critics Week; it was also selected by the Toronto International Film Festival and the BFI London Film Festival, and an award winner at the Chicago and Mumbai Film Festivals.

To postpone their execution, a group of women accused of witchcraft lure their inquisitor into witnessing the witches’ Sabbath in this period Spanish drama.

Love Alarm: Season 2
The One

The One is set five minutes in the future, in a world where a DNA test can find your perfect partner – the one person you’re genetically predisposed to fall passionately in love with.

Always feeling like they have to say NO to their kids and co-workers, Allison (Jennifer Garner) and Carlos (Edgar Ramírez) decide to give their three kids a YES DAY — where for 24 hours the kids make the rules.

Kevin Smith, Doug Benson, and Adam Brody are featured in this documentary on the last remaining Blockbuster store in Bend, Oregon.

The real-life pirates of the Caribbean violently plunder the world’s riches and form a surprisingly egalitarian republic in this documentary series.

Curious puppet pals Waffles and Mochi travel the world exploring the wonders of food and culture while learning how to cook with fresh ingredients. Special guests include Michelle Obama, Jack Black, and Zack Galifianakis.

This documentary follows the mastermind behind a notorious scam to sneak the kids of rich and famous families into top US universities, which ended with Felicity Huffman and Lori Loughlin doing time .

Under Suspicion: Uncovering the Wesphael Case

B: The Beginning Succession

When Keith is abducted and a friend from Koku’s past resurfaces, Killer B returns and everyone is pulled into a conspiracy involving the crown.

On the run from their pimp and his henchmen, three women embark on a wild and crazy journey in search of freedom. From the creators of “Money Heist.”

Nicolas Cage, Tony Jaa, and Frank Grillo star in this bonkers action movie about an ancient order of Jiu Jitsu fighters who face a vicious race of alien invaders in an epic battle for Earth.

After encounters with a dragon and a princess on her own mission, a Dragon Knight becomes embroiled in events larger than he could have ever imagined.

In 19th-century London, a group of misfits works to solve supernatural crimes at the behest of Dr. Watson and his elusive partner, Sherlock Holmes.

Magic for Humans by Mago Pop
Nailed It!: Double Trouble

What are you looking forward to watching?