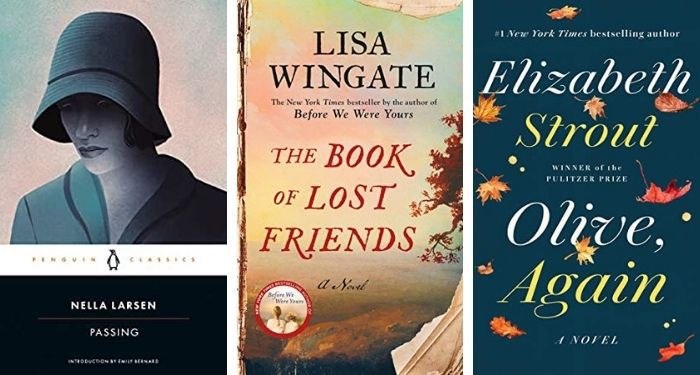 My Life on the Road by Gloria Steinem for $3.99

Other Minds by Peter Godfrey-Smith for $3.99

Akata Witch by Nnedi Okorafor for $2.99

A Death of No Importance by Mariah Fredericks for $2.99

City of Ghosts by Victoria Schwab for $1.99

Midnight at the Bright Ideas Bookstore by Matthew Sullivan for $1.99

Radical Candor by Kim Scott for $1.99

The Most Fun We Ever Had by Claire Lombardo for $1.99

Dust Tracks on a Road by Zora Neale Hurston for $1.99

A Curious Beginning by Deanna Raybourn for $2.99

When They Call You a Terrorist: (Young Adult Edition) by Patrisse Khan-Cullors, asha bandele for $2.99

This Is Just My Face by Gabourey Sidibe for $2.99

The Falling in Love Montage by Ciara Smythe for $2.99

Kingdom of Souls by Rena Barron for $2.99

She Come By It Natural by Sarah Smarsh for $2.99

Polaris Rising by Jessie Mihalik for $1.99

Let Me Hear a Rhyme by Tiffany Jackson for $2.99

A Phoenix First Must Burn edited by Patrice Caldwell for $2.99

Infinity Son by Adam Silvera for $2.99

A Curse So Dark and Lonely by Brigid Kemmerer for $1.99

Rent a Boyfriend by Gloria Chao for $1.99

The Field Guide to the North American Teenager by Ben Philippe for $2.99

Obviously by Akilah Hughes for $2.99

Daunte Wright Protesters Use Umbrellas for Protection on 3rd Night
These £21.99 trousers from Amazon have 1,000 5-star reviews for flattering every body shape
Watch Taylor Swift Tell Stephen Colbert That “Hey Stephen” Isn’t About Him
The Circle: Fascinated by Lee’s Catfish Persona? Meet the Real “River,” aka Doak Rapp
On Our Radar: Kyla-Drew Is Destined For Greatness