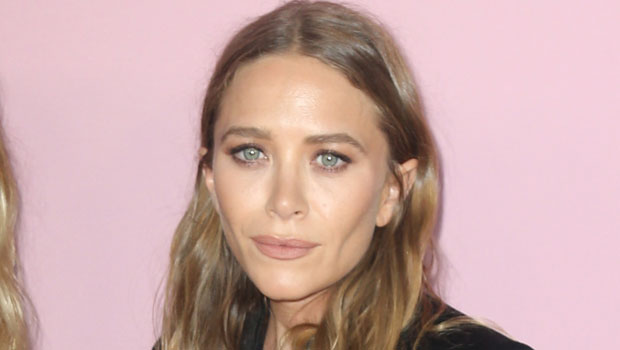 Mary-Kate Olsen looked happy and relaxed as she sipped on a glass of wine while out for dinner with John Cooper in NYC.

Mary-Kate Olsen, 34, stepped out for dinner with Brightwire founder and CEO John Cooper. The Row founder and financial news entrepreneur were spotted at restaurant Estiatorio Milos on Friday, Feb., 26 in New York City — see the photos via Daily Mail here. The duo were seated with another couple as they enjoyed what appeared to be a seafood dinner outdoors. Mary-Kate looked particularly relaxed as she sipped on a glass of white wine, and later a martini.

The actress turned fashion designer arrived to the eatery bundled up in a black coat over a matching ensemble and cozy beanie hat, which she removed as she sat down at the table next to John. She also wore a protective black face mask as she entered the venue. At one point, she kept her hair up in a ponytail, later removing it as the evening went on. While her all-black look was simple and understated, she accessorized with a unique cuff earring as well as black booties with a silver heel. Later, Mary-Kate and John departed the restaurant together.

John is best known for founding Brightwire back in 2008, which is an English language news agency focused on the financial and business space. The Michigan-based company remains owned by John, who has raised millions in venture capital over the last decade to grow the successful business. The sighting with Mary-Kate comes just a month after she reached a divorce settlement with husband of nearly six years Pierre Olivier Sarkozy, 51.

The pair’s split became public in the spring of 2020, with Mary-Kate requesting an emergency court order after signing a divorce petition on April 17. At the time, courts were closed due to the COVID-19 pandemic. The filing was denied after being deemed non-essential, and Mary-Kate filed once again on May 25 — the exact date the courts re-opened. The divorce was finalized nine months later in Jan. 2021 via video hearing over Zoom.

“So, we have reached a final agreement,” Olivier Sarkozy’s lawyer Michael Mosberg could be heard saying to New York Judge Lori Sattler during the the Zoom regarding the divorce. “And we appreciate the time and latitude that you’ve given us. … It’s been incremental, but we continue to make forward progress…We, as of this morning, reached the final agreement. We just need to revise that agreement, get it executed and get it to you, which we will have by the end of next week, but … the deal is now done,” he confirmed.

RHONJ’s Dolores Catania Reveals Why She Thinks Teresa Giudice & BF Luis Ruelas Will Get Married
Lizzo’s Reminder to Commit to 1 Intentional Act of Antiracism a Day Is an Important One
Adam Perkins, Beloved Vine Star and Musician, Dead at 24
Nick Jonas Calls Priyanka Chopra His ‘Muse’ & Confesses He’s Still Working On New Music With Joe & Kevin
The First Book You Should Read This Spring Is All About Winter – Yes, Really