Good day, International Insider readers, Jake Kanter here. Take a walk with me through some of the global film and TV stories you need to read this week. Want to get in touch? I’m on jkanter@deadline.com, or my DMs are open on Twitter. And sign up here to get this delivered to your inbox every Friday. 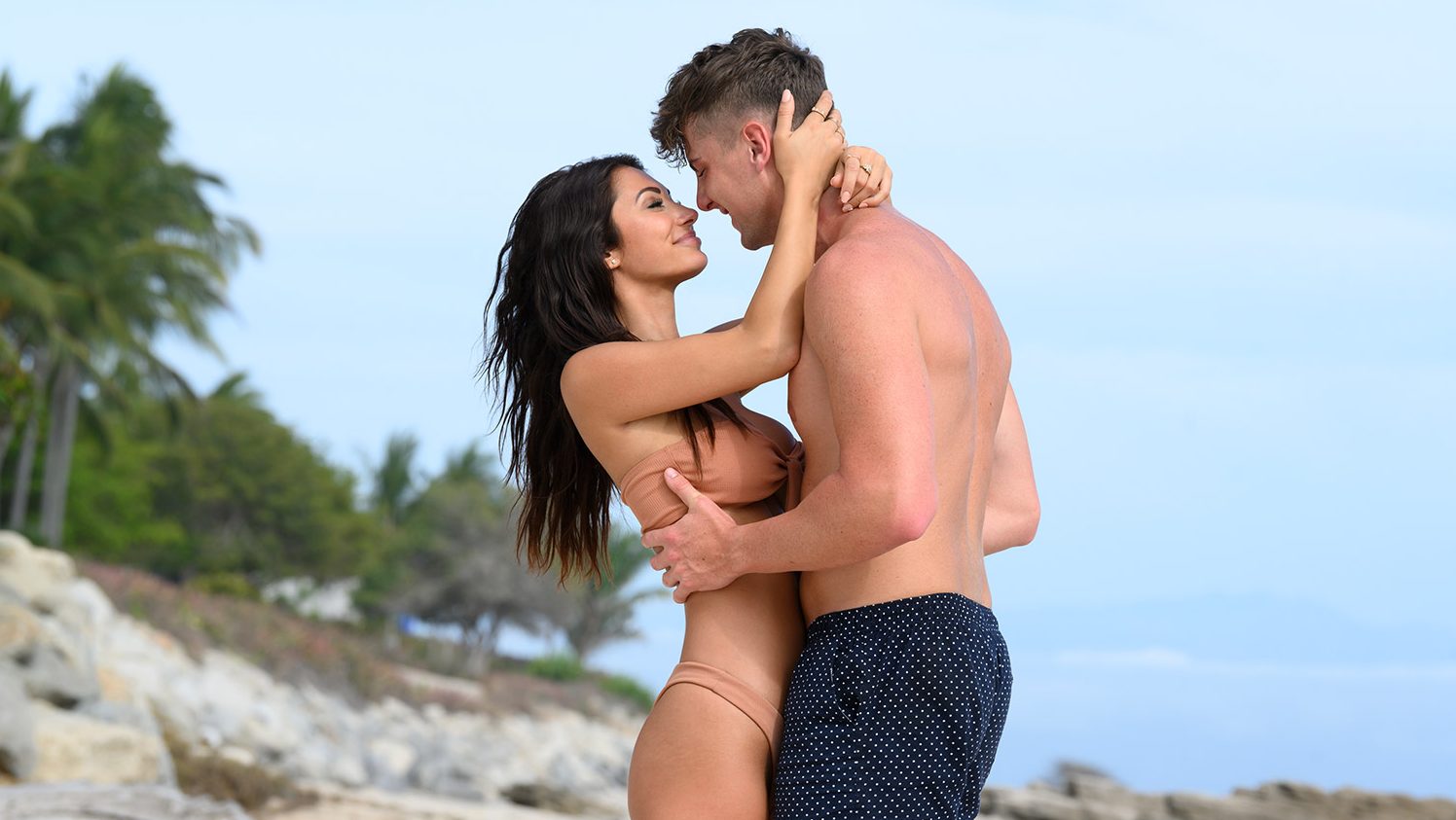 Clause for thought: It’s widely accepted that freelancers were among those hit hardest by production shutdowns last year. In that context, the return to work has been welcome, but for many, they still feel like they are being exposed to unfair financial risk in the stop-start world of filming during a pandemic. That’s the view of some contract workers who spoke to us this week, as we revealed that Fremantle-owned Too Hot To Handle producer Thames is among a swathe of UK production companies inserting controversial coronavirus clauses into crew contracts that could leave freelancers out of pocket and out of work for up to three weeks if a shoot is suspended. Read our full report here.

What the clauses say: Deadline has obtained and reviewed screenshots of Covid clauses in three different Thames contracts. They state that during the first three weeks of a suspension, the freelancer “shall remain exclusive to the company,” and Thames “shall not be obliged to pay the individual’s fee and holiday pay shall not accrue.” Fremantle said the terms are agreed by producer trade body Pact and have become commonplace across the industry since last year. The production group added that it has not enforced the clauses.

A conflict of interests: These clauses have been around for some time, but prior to the pandemic, they were rarely if ever used. Freelancers say they are at the sharp end of terms that should only be used in truly exceptional circumstances. “It’s a lack of empathy for people’s lives,” one argued. Producers will tell you that they are simply protecting their own interests because they are at the mercy of broadcasters and streamers, who have the power to suspend shows in the event of a coronavirus incident. Producers also view the Covid clauses as an essential crutch to getting production back underway.

Piers pressure: All of this in a week in which freelancer bullying also made headlines. Nearly 1,200 UK industry freelancers and executives wrote to ITV complaining about Piers Morgan’s treatment of a former colleague on Twitter after he said he’d “rather employ a lobotomised Aardvark” than work with former researcher Adeel Amini again. ITV brushed off the complaint, arguing that it can’t control the tweets of the Good Morning Britain presenter, much to the fury of the letter’s organizers. Amini, meanwhile, said the incident had left him feeling suicidal. Our story.

EFM Ones To Watch 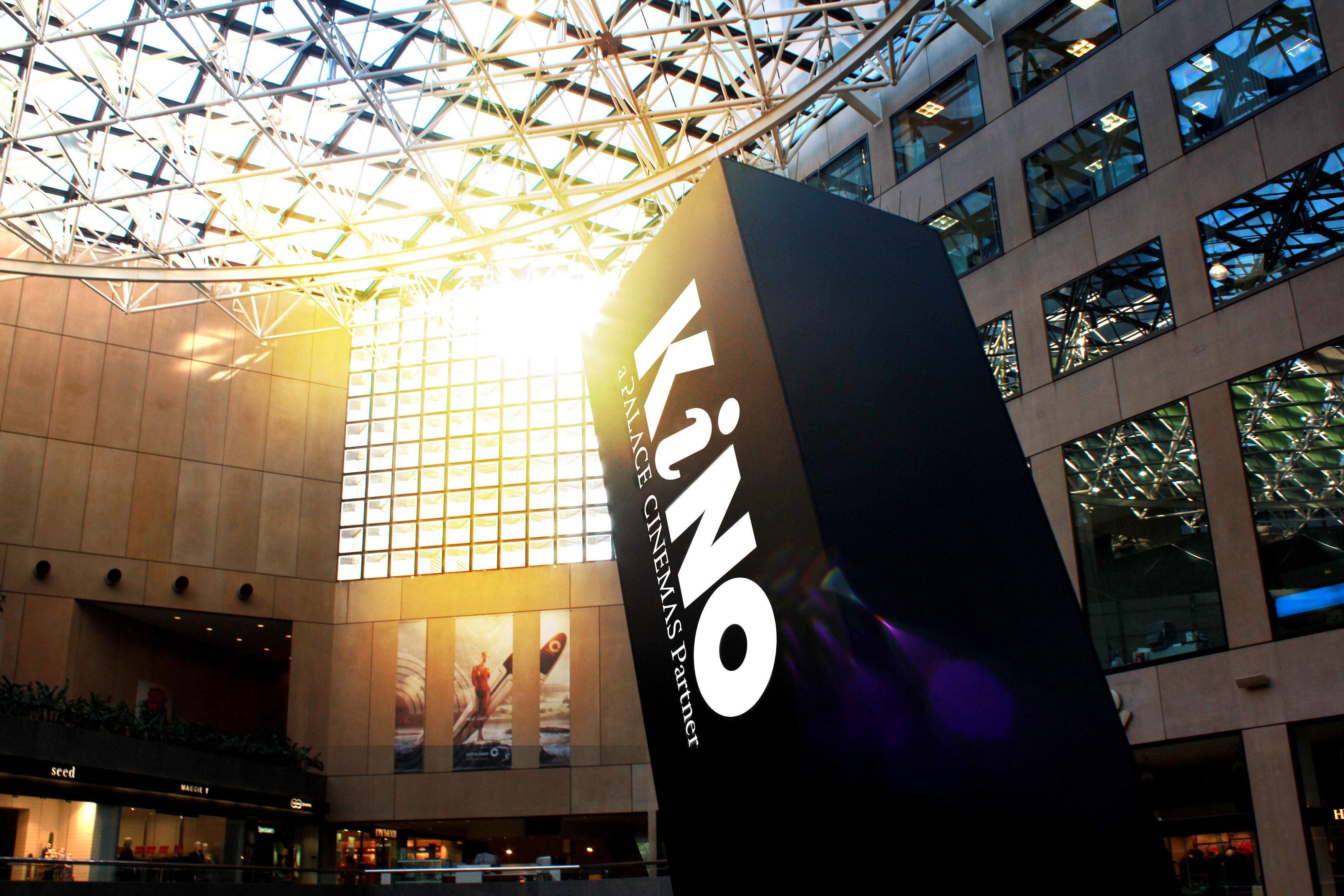 EFM on the horizon: The virtual EFM kicks off on Monday and buyers we’ve spoken to are sanguine about the slew of projects announced ahead of the event. Indeed, there’s a healthy mix of new features and re-imagined scripts — and as ever, Deadline has been on-hand, scooping up most of the hot packages.

The new normal: Increasingly, the big question going into these markets is how many titles will be gobbled up by the streamers leaving indie buyers in a rage. Check back in with Deadline on Monday for our in-depth market preview. 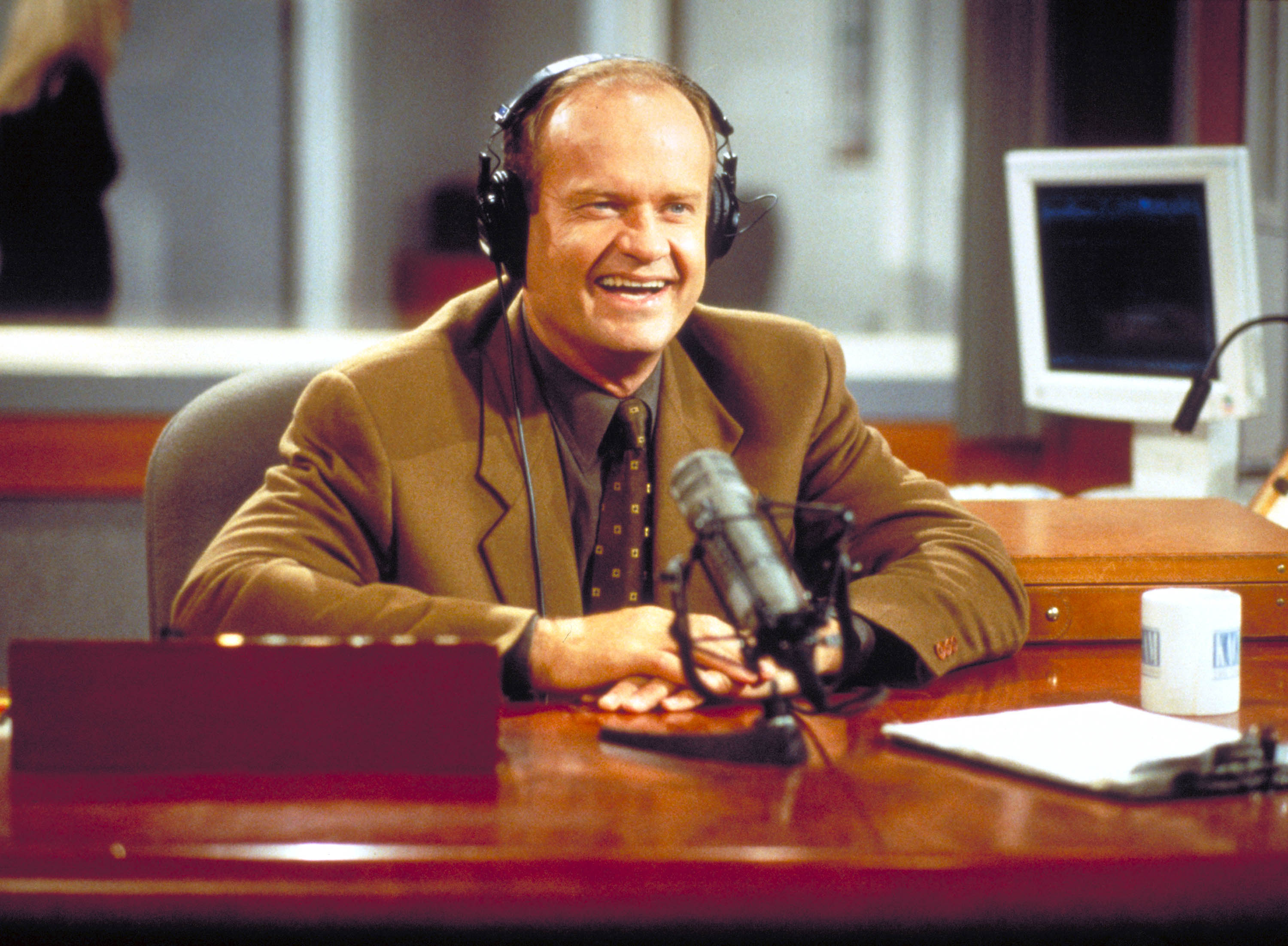 ViacomCBS moves mountains: Another week, another entertainment stalwart puts its chips all-in on streaming. ViacomCBS powered up Paramount+ during a three-hour presentation on Wednesday, telling shareholders and audiences about what to expect from a service that it hopes will help it compete with Netflix and Disney+ in the streaming wars. Paramount+ goes live on March 4 and will cost $10 for the all-singing, all-dancing version. That puts it somewhere between ad-free Peacock ($5) and the premium-priced HBO Max ($15).

What are you getting: In a nod and wink to a certain logo, ViacomCBS promised that Paramount+ will host a “mountain of content” as the company ramps up its streaming originals spend five-fold to $5 billion over the next three years. Highlights announced this week include a Frasier reboot with Kelsey Grammer; a Beavis and Butt-Head movie; Dave Grohl directing a series about successful musicians and their moms; the promise of Mission Impossible 7 after a 45-day theatrical window; and the long-awaited Halo series. ViacomCBS also promised offerings for sports fans, not least Champions League soccer in the U.S.

What about the international plan? Paramount+, which supersedes CBS All Access, will go live in the U.S., Latin America, and Canada next week, while a launch in the Nordics is planned for March 25. Australia will join the party later in the year. The plan is to continue rolling out in other territories, but there’s no word yet on the UK, where ViacomCBS runs ad-funded My5 and Pluto. “Clearly we will be looking at other markets and we do have plans for phase two,” an insider told us. Read Deadline’s comprehensive Paramount+ coverage right here. 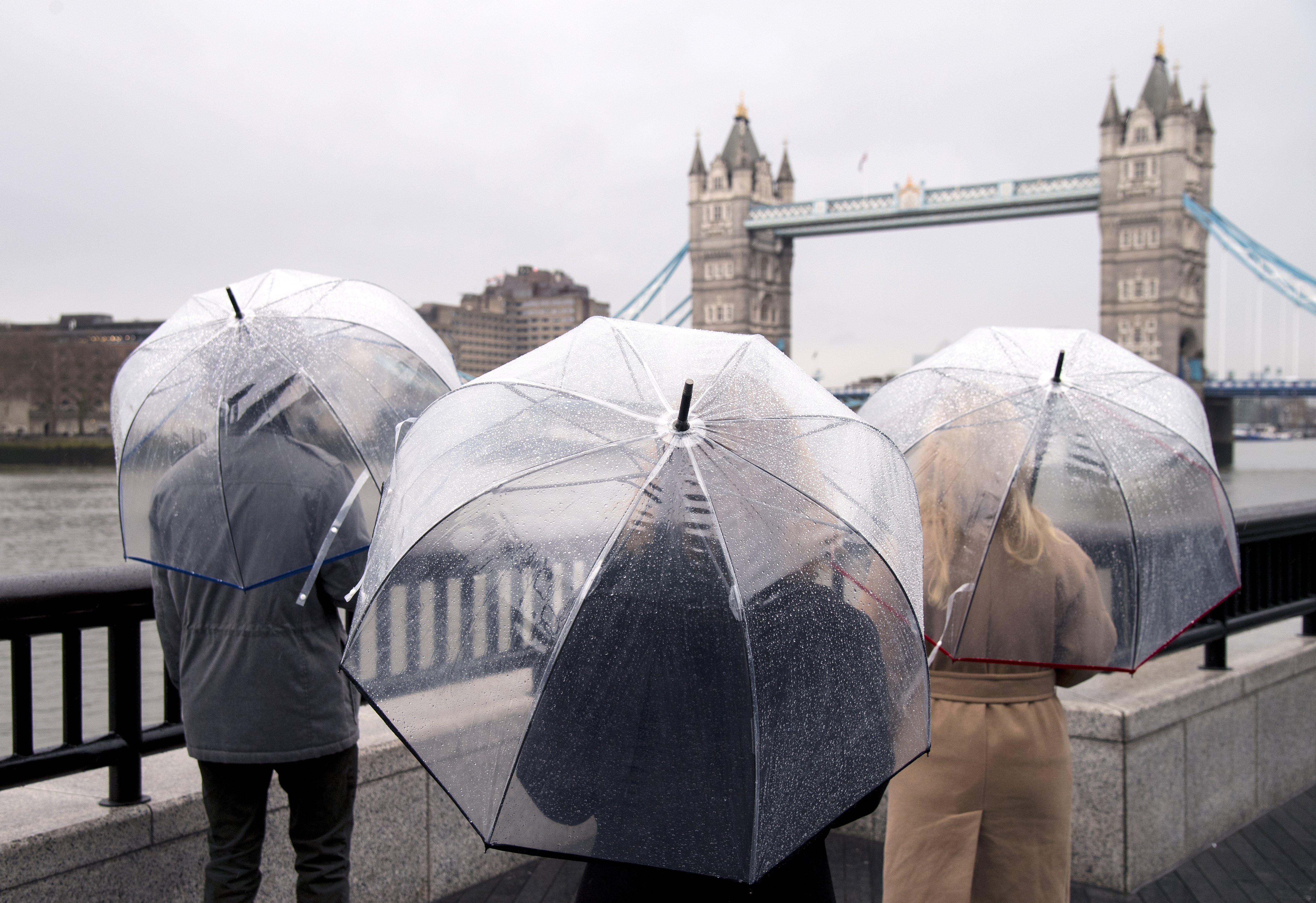 London calling: A wintery London welcomes international buyers next week for the launch of the London TV Screenings. Delegates can leave their umbrellas at home, however, as predictably, the two-week event will take place through the glow of a laptop. This year marks the first time that studios have officially collaborated in staging the London TV Screenings, which in the past have been loosely organized events designed to capture the attention of buyers as they pass through town for the BBC Studios Showcase. Here’s your cut-out-and-keep guide to this year’s invite-only events:

Banijay Rights (March 3): Banijay is first out of the blocks next Wednesday. It will talk to buyers about shows including ITV’s Noel Clarke drama Viewpoint and Channel 5 documentary Ben Fogle: Inside Chernobyl.

Fremantle (March 5): The RTL-owned studio’s event will be broadcast worldwide across three different time zones (Asia Pacific, EMEA, and the U.S.). Expect formats including Fox’s Game Of Talents to be highlighted.

eOne (March 9): The eOne Preview will showcase Australian six-part drama The Newsreader, alongside an exclusive look at the psychological thriller Cruel Summer, which will stream on Amazon outside of the U.S., Canada, and China. 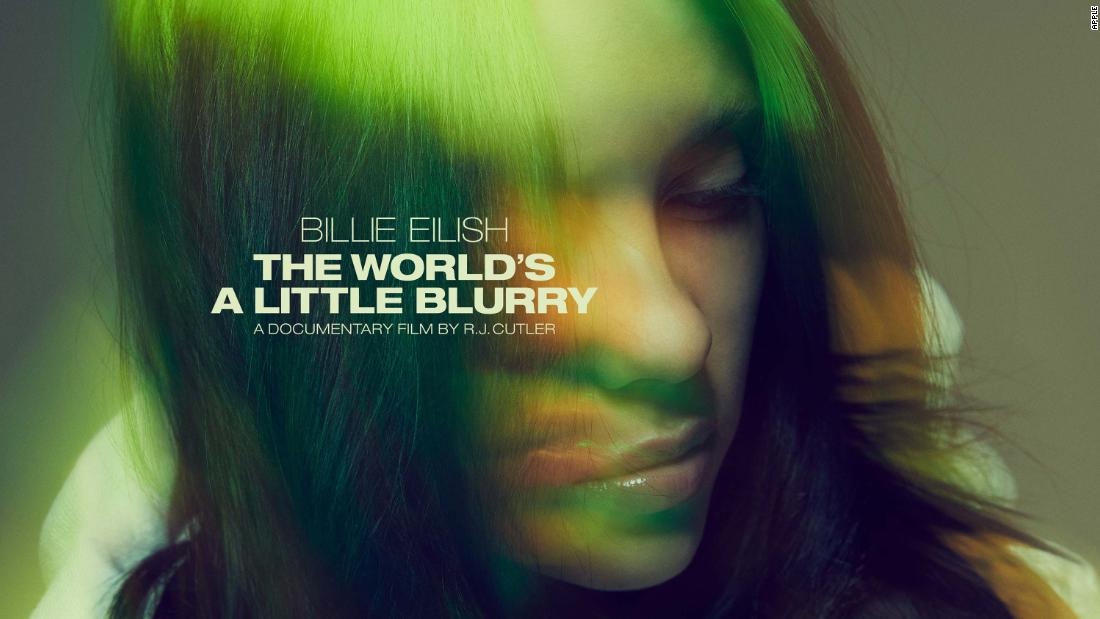 🌶️  Hot one of the week: Mark Rylance, Dylan O’Brien, Zoey Deutch, and Johnny Flynn are set to star in Oscar-winning The Imitation Game writer Graham Moore’s directorial debut The Outfit. Andreas Wiseman had the scoop.

🍿  International box office: Cinemas may be stuttering around the world, but they’re thriving in China. Local features Hi, Mom and Detective Chinatown 3 have hit $600M each, as ticket sales in the Middle Kingdom topped $2B this year. Nancy Tartaglione has the details.

🚚  On the move: Hakan Kousetta and Jamie Laurenson, two of the most senior figures at The King’s Speech producer See-Saw Films, are stepping down to launch their own production venture, named 60Forty Films. Go deeper.

📅  Diary date: The much-anticipated release of James Bond 25 is coming into focus — the film has officially been set to roll out internationally from September 30, eight days prior to its U.S. bow on October 8. Tom Grater has the details.

🇰🇷  Korea calling: Netflix said Wednesday that its spending in Korea will top $500M in 2021 as the streamer doubles down on local content production after hits including #Alive. Go deeper.

🎦  Trailer dash: Top Gear is back soon, but because of lockdown restrictions in the UK, the show has had to vacate its Dunsfold race track home for the first time in 19 years. Instead, producers headed to Television Centre. Here’s an exclusive taste of what to expect.

📺  One to watch: Apple TV+ premieres Billie Eilish: The World’s a Little Blurry today and if you’re a fan of the singer-songwriter, R. J. Cutler’s documentary is a proper treat. Come to hang out with Eilish, stay for scenes of her not having a clue who Orlando Bloom is. Trailer. 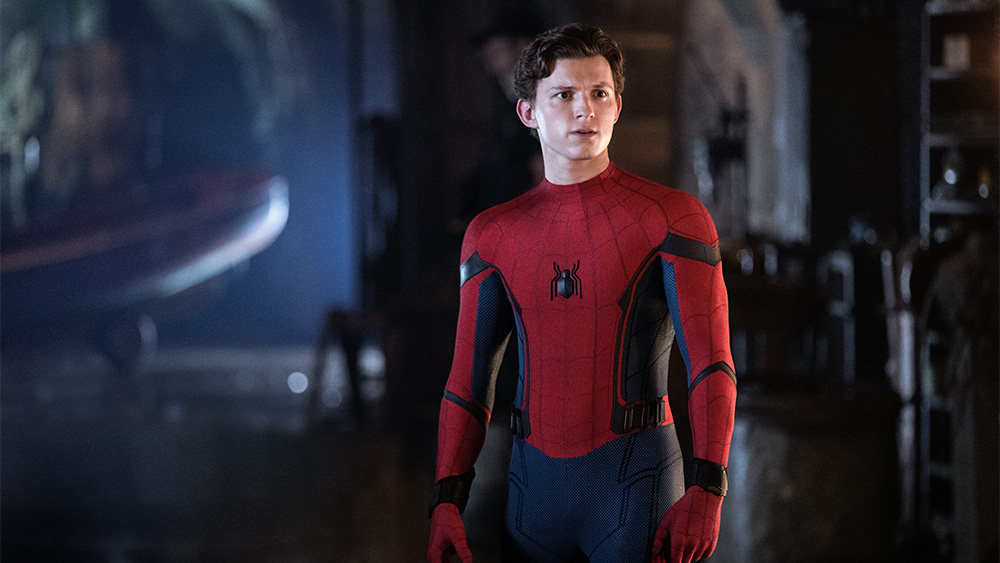 Spinning a web: As well as trolling his fans about the title of his latest Spider-Man movie (it’s Spider-Man: No Way Home in case you’re wondering), British actor Tom Holland sat down with Deadline this week for our The Film That Lit My Fuse video feature. If you’ve not seen the series before, it’s a journey of discovery into the screen stories that have shaped the careers of some of the industry’s biggest cheeses. Holland explains how Harry Potter inspired his love of cinema, reveals that he is developing a Primal Fear-style project, and talks about how his career ambitions have changed over the past two years. Check it out.