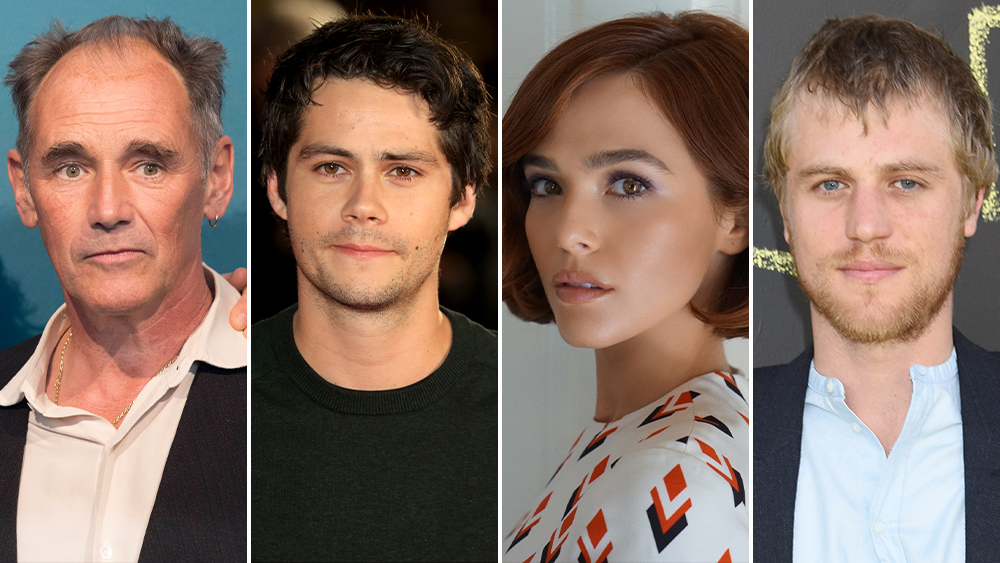 EXCLUSIVE: In a hot under-the-radar package, we can reveal that Oscar-winner Mark Rylance (The Trial Of The Chicago 7), Maze Runner star Dylan O’Brien, Set It Up star Zoey Deutch and The Dig actor Johnny Flynn are set to star in Oscar-winning writer Graham Moore’s (The Imitation Game) directorial debut The Outfit.

Focus Features has struck a deal to pre-buy world rights to the crime-drama from FilmNation Entertainment with shoot set to begin in March in London.

The film follows Leonard (Rylance), an English tailor who used to craft suits on London’s world-famous Savile Row. But after a personal tragedy, he’s ended up in Chicago, operating a small tailor shop in a rough part of town where he makes beautiful clothes for the only people around who can afford them: a family of vicious gangsters.

Moore will direct from his own screenplay which is co-written with actor-writer Johnathan McClain (Mad Men). Producers are Scoop Wasserstein, Ben Browning and Amy Jackson. FilmNation is financing; CAA Media Finance co-repped the U.S. sale.

“A truly great film starts with fantastic writing, and we’re thrilled to have Graham’s talent drive this film to its full potential as a highly entertaining crime drama,” said FilmNation Entertainment CEO Glen Basner. “We couldn’t think of a better home for this film than with the talented and likeminded team at Focus and can’t wait to gear up for yet another production during a time when our industry needs great films more than ever.”

Focus Features’ chairman Peter Kujawski commented: “Like so many, we were blown away by Graham’s award-winning work in The Imitation Game and are thrilled to take part in his directorial debut. His storytelling talents seem limitless, and the caliber of artists he’s sewn together both behind and in front of the camera for The Outfit will undoubtedly bring this thriller to life in an exciting way. We are looking forward to joining our friends at FilmNation in this endeavor.”

Added Moore: “If you’d told me years ago, when Johnathan and I were first dreaming up this story, that I’d get to direct my first film with a cast as exquisitely talented as Mark, Zoey, Dylan and Johnny, I’d have said you were nuts. And honestly, if you’d said that back then, you might have been. This film is such a deep labor of love for me and our whole team, and I could not ask for better partners than our friends at FilmNation and Focus.”

Moore’s novels include The Holdout, The Last Days of Night and The Sherlockian.