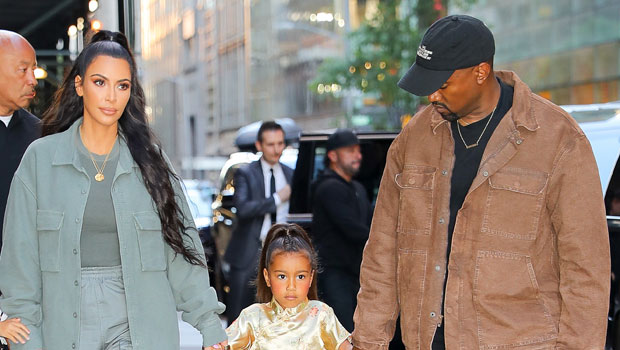 North West ‘does know what’s going on’ with her parents Kim Kardashian and Kanye West’s divorce after Kim talked to her ‘alone’ to help her ‘understand.’

Kim Kardashian, 40, already told her oldest child North West, 7, about her divorce from Kanye West, 43, after filing the paperwork a week ago, according to one source, and it turns out she’s understanding “as much as she can.” The Keeping Up with the Kardashians star and rapper had been facing reports of struggles within their marriage over the last year and have even been living in separate states, so once the doting mom talked about the divorce decision with her daughter, it was already in the midst of a change.

“The younger kids don’t know what’s happening, but North does know what’s going on. Kim sat her down alone to tell her, but not the younger ones,” one source EXCLUSIVELY told HollywoodLife. “Kim and Kanye been living like this for so long. The last year has been exactly like this where they’ve been living separate lives both physically and emotionally, so whether there has been paperwork or not, they have not been living in a conventional marital situation.”

“This won’t be a change for the children at all,” the source continued. “It conceivably could be a little easier because now the lawyers can handle anything. Their relationship has been very strained anyway, but they want to try to do their very best of co-parenting.”

“They understand as much as they can about what’s going on for their ages and are doing exceptionally well,” a second source EXCLUSIVELY told us about North and her siblings Saint, 5, Chicago, 3, and Psalm, 1. “Things are not going to change much. The life they have right now. It feels like they’ve been divorced since last summer.”

As far as what the future living situation will look like, a third source told us that in addition to his ranch in Wyoming, Kanye would like to have a place in Los Angeles to be close to his kids as he and Kim co-parent. “Kanye still wants to build a compound outside of LA,” the source EXCLUSIVELY shared. “That’s probably how he’ll see the kids when he does come to California.”

“He’s been bouncing around very discretely for awhile now,” the insider added. “He hates LA so much because of the paparazzi, noise and crowds. He likes to be isolated with a very small team around him. That’s when he’s most creative and happiest.”

Kim officially filed for divorce from Kanye on Feb. 19 after almost seven years of marriage. Neither one of them have spoken publicly about the split yet but things are reportedly “amicable” between them. Kim is also reportedly requesting joint physical and legal custody of the kids and plans on having a healthy co-parenting situation for their four children.